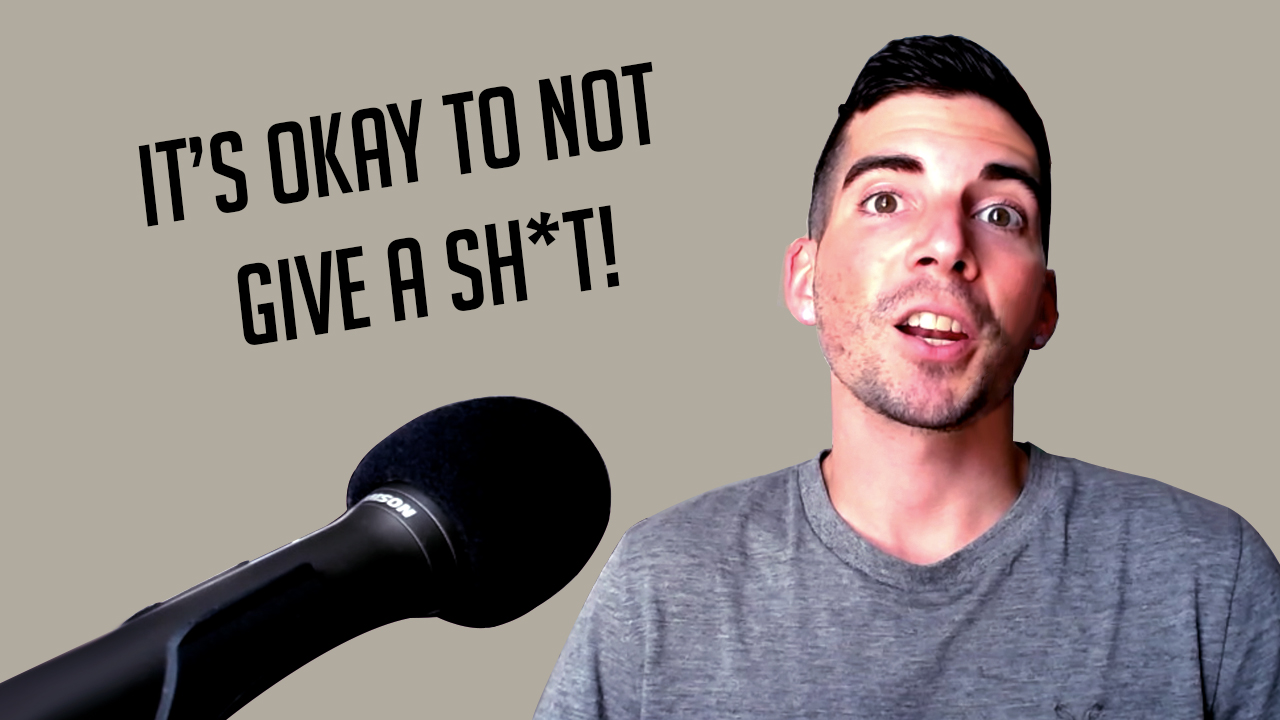 Lots of people are trying to force you to care about the things they care about.

You don’t have to pretend. And you don’t owe anyone an explanation.

Henry David Thoreau summed it up almost 200 years ago when he said:

It is not a man’s duty, as a matter of course, to devote himself to the eradication of any, even the most enormous, wrong; he may still properly have other concerns to engage him.

See, a lot of self-righteous people can’t imagine how anyone could make a different calculation about the most important causes in the world. The person who donates to hungry children finds it absurd that others donate to animal shelters while there are still needy kids out there.

But this is just another variation of how specializing makes things more efficient. If everyone works on the causes they care about most, their passion and efforts will go the furthest.

But Thoreau continues that even if someone doesn’t want to help eradicate a wrong, it is “his duty, at least, to wash his hands of it, and, if he gives it no thought longer, not to give it practically his support.”

If you’re not contributing to wrong, that is enough.

In fact that is MUCH BETTER than acting like you’re saving the world, when in reality you are contributing to evil.

It’s great to care about important causes, but “I must first see, at least, that I do not pursue them sitting upon another man’s shoulders. I must get off him first, that he may pursue his own contemplations too.”

No, he isn’t automatically evil if he doesn’t help the poor, “he may still properly have other concerns to engage him.”

These days you’ll hear people say things like, “it’s not enough to simply not be racist, you have to be actively anti-racist.”

Incorrect. It is absolutely enough to simply not perpetuate an evil.

But if you are not hurting others, that is enough.

Like imagine if someone told you, it’s not enough to not murder, you have to become a criminologist, and go out there and solve murders.

You know I am grateful there are people out there who go into homicide investigation. But it’s not for me.

It’s pretty ironic actually. Because the same people who try to bully you into taking the action that they want you to take would scoff at your demands for a more peaceful and prosperous society.

Because guess what one of my causes is? It’s not enough to simply not steal others money. You must actively oppose the systemic theft the government calls taxes.

Oh wait, but they need to steal from me in order to pursue their causes, because they do so “sitting upon another man’s shoulders.”

They tell me that a portion of my income, my labor, my time, will be taken without my consent to support the causes they care about, while whatever I had planned for my labor and time will be subordinated to their whims.

But guess what? No one really cares about my cause. So I moved to Puerto Rico to take advantage of tax incentives, and now perfectly legally pay a 4% tax rate.

That did a lot more for me than trying to get people to vote– as if there was anyone who would advance my causes anyway.

Now, more than ever, as the chaos of the world seems to be reaching a crescendo, it is perfectly reasonable to tune out, and say, you know what, I just don’t care.

All the ships have sailed.

It’s much more important to make sure you and your loved ones are in a position of strength moving forward.

Everyone is going to tell you that you have to care about this, that your silence on that is as bad as whatever, that you’re either with us or against us…

I care about a lot of things, and have plenty of passionate ideas about how this world should turn out. But now is the time to keep your powder dry, and wits about you.

In the board game Risk, you win by building strength while remaining unnoticed. The strongest players fight it out, and weaken each other.

It is then, when the smoke clears, that it is easiest to control the board.

Live your life. Be a good person. That’s enough.