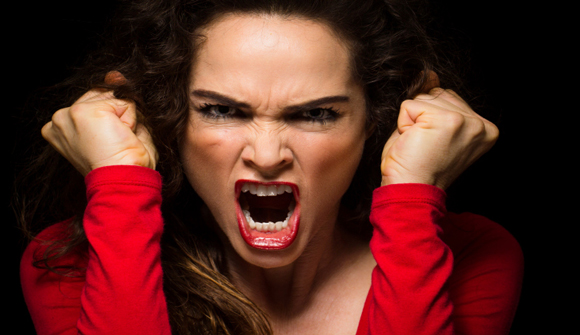 October 16th was "World Food Day." Perhaps you missed it, but certainly for those directly involved, it's a contentious holiday – with two well funded farming models facing off with each other. In this article I want to show how a "third way" is one that may win out despite its lack of publicity.

Let's begin with the first two farming models. In the 20th century, criticisms of globalist memes were often ignored or, if necessary, isolated and mocked. In the 21st century, there is the Internet to contend with. Thus, those who would like to see an increasingly internationalist society have relied on a dialectical formula that controls both sides of the argument.

Debate is polarized and arguments crystallized. Dialogue is then engaged and a synthesis is achieved that allows both sides of the controlled debate to agree. Once this happens, the debate is declared closed by public figures and any further attempt to reengage is portrayed by the mainstream media as unconstructive and unprogressive. This is what's currently going on with food.

"Food" has come in for this treatment because it is a staple of survival and is yet inequitably distributed throughout the globe. Of course, there are reasons. But first let's examine World Food Day itself – how it's implemented and why it has generated (purposeful) opposition.

World Food Day is a day of action against hunger. On October 16, people around the world come together to declare their commitment to eradicate hunger in our lifetime. Because when it comes to hunger, the only acceptable number in the world is zero.

… In North America, grassroots events and public awareness campaigns engage diverse audiences in action against hunger. From hunger walks and World Food Day dinners to meal packaging events and food drives, there are many ways for people to be a part of solutions to hunger.

Why care about hunger? Because the right to food is a basic human right. In a world of plenty, 805 million people, one in nine worldwide, live with chronic hunger.

This all sounds very good in an innocuous way. After all, what's controversial about trying to ensure that everyone has enough to eat?

In fact, areas of controversy become highlighted when one peers beneath the surface. The annual World Food Prize generates perhaps the fiercest. In opposition to this prize, the US Food Sovereignty Alliance has developed and awards its own prize.

The website Ecowatch describes the evolution of the alternative prize as follows:

The tragedy of the World Food Prize is that since 1987, when the prize was first awarded, the laureates—with a very few exceptions—have been primarily scientists that have advanced food as a commodity and not as a basic human right. This week the World Food Prize is once again being awarded to a plant scientist, Dr. Rajaya Sajaram, for his development of numerous prodigious wheat varieties that have been spread around the world to the benefit of "small and large-scale farmers."

Yet, privileging food as a commodity to be bought and sold on the exchange floors of Chicago and New York has led to considerable damage to the natural environment and to our health. Not to mention that world hunger has reached the staggeringly high estimate of nearly one billion people, with more spikes than declines in the past few decades, according to the U.N. Food and Agriculture Organization.

… Climate change is in part a direct result of this profit-driven recipe for efficiency and scale in agricultural production. And, like the sorcerer's apprentice, no longer able to control what he has summoned by his spells, climate change is making our Earth inhospitable to food production through an increasing prevalence of drought followed by monsoons.

… Enter the Food Sovereignty Prize as a foil to the message perpetuated by the World Food Prize that industrial agriculture is necessary to feed the world. In 2009, a group of non-governmental and community-based organizations, spurred on by the world food crisis that hit headlines around the globe, banded together to form what is now called the U.S. Food Sovereignty Alliance and established an alternative prize to recognize the quiet champions producing food in a way that puts people and their basic needs and rights to be nourished first.

Several points can be noted in the above. We can see, for instance, that ending hunger is intimately linked to combating climate change. The only trouble with this recipe is that, increasingly, there is little evidence for the kind of global warming that is supposed to be causing various kinds of natural disasters.

As a result, global warming is starting to be looked on with skepticism by the general public. And by linking an increasingly controversial concept to hunger and food, those trying to promote food sovereignty are likely complicating the message they seek to disseminate.

What also must be controversial is the idea that food is a "human right." Saying that people should have enough to eat and mandating it are two different things … and considerably expands the reach and operation of the state. Much better – as history shows – to leave it up to the market itself to provide the necessary resources and nutrition.

While this may sound radical to modern ears, there is plenty of precedent for this sort of approach. In the normal course of things, absent an invasive governmental entity, people historically have lived in small, flexible communities (even within a larger city-state).

Within the boundaries of these small communities, people have cared for each other and ensured that members of the community are provided for. Often this takes place within the context of religion and religious principals, which tend to expand in the absence of a coercive state.

What we thus have when we examine both sides of the food debate is a controlled dialectic. On the one hand, we have the established forces of globalist intervention. This approach features the "next" green wave of farming, so to speak, that focuses on what we may call the Monsanto model, which itself is derived from Big Pharma.

Big Ag, too, seeks to create its own "controllable drugs" in the form of patentable seeds and genetic modifications that increase efficiency and create significant profit margins. But this approach inevitably deprives people of control over their own destinies as food becomes the purview of gigantic multinationals that may or may not make decisions that are in the best interests of their customers, especially when it comes to the actual production of the food product.

The model of Big Ag is a mercantilist model that involves considerable government mandates. Judicial force must be employed to decide everything from patents to the disposition of branded wind-blown seeds.

The model of the Food Sovereignty movement also seems to depend on government intervention. First, proponents of food sovereignty obviously want government action to address the contentious problem of global warming. Second, government itself and not the private sector is to become responsible for fulfilling the mandate of food as a human right.

How did we end up with a food debate where both sides depend on Western-style "leviathan" government for implementation of appropriate farming practices? Probably the way we ended up with the multi-party system of Western democracy. The dialectic has been imposed by a globalist clique that intends to control food no matter what.

It is a political matter, indeed. Now, range these two government-oriented systems against what is actually going on, which is the rise of small-scale, organic farming in the 21st century.

As new forms of individual small-farm empowerment have become prevalent, arguments are being made that small-farm practitioners are more efficient than huge mono-farming establishments. The damage of modern green farming is becoming more apparent every day as scientists examine soil depletion and other forms of farm degradation that were not previously publicized.

The small-farming model, meanwhile, is NOT being driven by government and Big Ag forces arrayed behind government. The small-farming – "natural" – model may feature sustainable practices like "no till" and may seek to grow fruits and vegetables without employing pesticides, etc.

For lack of a better term, let's call this approach the "free-market" model, as it seems to have sprung up spontaneously. Looked at this way, we can perceive a VESTS paradigm where F.A. Hayek's "spontaneous order" is challenging the orthodoxy of modern-age authoritarian farming.

Right now, we'd argue, small-scale farming producing local and "natural" foods has a great deal of momentum. It may hold the key to reducing world hunger if it is not interfered with. Arrayed on the other side are those who would utilize government force to create food as a "human right" and Big Ag itself, which is overtly the product of the same globalist forces that create the so-called green revolution.

Anyone who has traveled the world knows that the food/poverty battle is at least a questionable one. Everyone on Earth could be fed if one were willing to reduce war and funnel freed-up resources into a flexible network of dedicated, privately operated food banks administered at the local level as much as possible.

But perhaps it is not in the interest of those who control these wars to radically reduce hunger and malnutrition. Absent these miseries and other poverty-linked afflictions, there would be no rationale to create over-arching internationalist solutions. Those advocating these solutions need to retain the so-called intractable problems of poverty and even expand to justify the growth of a regulatory superstructure.

For this reason, sustainable farming producing "natural" whole foods is a deadly challenge. In the 21st century, the entire food industry around the world must be further regulated and modified. This is task that the internationalist set has given itself.

Investors in this sector should be clear about the opposing sides and be prepared to make significant judgments about what trends will win out. I'm not going to go into a further analysis of the VESTS paradigm as it relates to farming and farmland, but as free-market thinkers, we always want to emphasize the humane and successful attributes of "human action."

Left to their own devices, and absent Leviathan, people can usually handle their affairs efficiently and build prosperity dramatically. Farming – farmland – and natural food production certainly constitute an intriguing trend and one investors will want to watch, even as they observe Big Ag's encroaching mercantilist maneuverings and modifications.