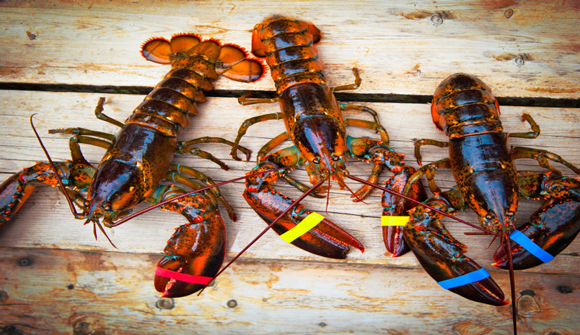 Waters Warm, and Cod Catch Ebbs in Maine … In the vast gulf that arcs from Massachusetts's shores to Canada's Bay of Fundy, cod was once king. It paid for fishermen's boats, fed their families and put their children through college. In one halcyon year in the mid-1980s, the codfish catch reached 25,000 tons. Today, the cod population has collapsed. Last month, regulators effectively banned fishing for six months while they pondered what to do, and next year, fishermen will be allowed to catch just a quarter of what they could before the ban. – The New York Times

Free-Market Analysis: Warm weather often promises an abundance of food. But for global warming promoters, warmer weather is to be feared.

Purposefully or not, "scientific" research, media reports and over-regulation form an unholy triangle of food scarcity. Simplify the explanation and you can put the blame on research, reports and regulation. Three Rs.

First comes the research, often – as it has been shown – confused by false claims and exaggerated studies. Then come media reports that take modest conclusions and expand them into tales of catastrophe.

Finally, regulatory authorities move in to impose "solutions" that may actually act as self-fulfilling prophecies that aggravate what would otherwise be minor problems. This syndrome seems to be at work in these latest observations regarding the growing "cod shortage" in Maine.

The Gulf of Maine's waters are warming — faster than almost any ocean waters on earth, scientists say — and fish are voting with their fins for cooler places to live. That is upending an ecosystem and the fishing industry that depends on it.

"Stocks are not necessarily showing up in the places that they have in the past," said Meredith Mendelson, the deputy commissioner for Maine's Department of Marine Resources, which regulates fisheries. "We're seeing movement of stocks often north and eastward."

… But many other fishermen do not blame climate change. They blame the regulators … because they say their latest cod catches are actually better than in recent years. More than a few talk of a conspiracy between scientists and environmentalists to manufacture a fishing crisis that will justify their jobs.

Scientists say the truth is more prosaic: Although the gulf is generally warming — 2012 was the hottest year on record — the last year was cooler, and kinder to cod. Moreover, the gulf's remaining cod have congregated in deeper, colder waters in southern Maine and Massachusetts, where their abundance masks their scarcity elsewhere.

"A fisherman's job isn't to get an unbiased estimate of abundance. It's to catch fish," said Michael Fogarty, the chief of the ecosystem assessment program at the Northeast Fisheries Science Center of the National Oceanic and Atmospheric Administration, the federal agency that monitors sea life. "The world they see is a different world than we see in the surveys."

That said, much about warming's effect on the gulf remains unclear. … The lobster catch has skyrocketed across the gulf. Last year, lobstermen hauled in more than 63,000 tons — more than three times what they caught just 20 years ago.

"We've had record years, year after year after year, just growing and growing," said Chris Radley, 40, who has lobstered for 18 years on Vinalhaven, a tiny island in midcoast Maine. "This amount of lobsters we're seeing, I don't think there's ever been."

Scientists are not yet predicting that Maine lobsters will go the way of the cod. But they say the very idea should prompt the fishermen and regulators alike to plan for change before it arrives.

If you read this excerpt carefully – or the actual article – you'll notice a weird phenomenon ubiquitous to this day and age: The article has been written to support certain conclusions that the reporting itself tends to debunk.

We learn, for instance, that while cod stocks are rapidly diminishing in the Gulf of Maine, there is still "abundant" cod, so much so that that the "latest cod catches are actually better than in recent years."

As for lobster, "The lobster catch has skyrocketed across the gulf." The article later goes on to say that there is a form of shell disease now affecting some lobsters that may be the result of warming temperatures in the gulf, but even this conclusion seems tentative and even alarmist.

Thus we are faced with an anomalous report: Cod catches are up; lobster fishing is exploding – but regulatory authorities are so alarmed by a supposed diminishment of seafood stocks that they have slapped on a cod moratorium!

According to the beginning of the article:

The cod population has collapsed. Last month, regulators effectively banned fishing for six months while they pondered what to do, and next year, fishermen will be allowed to catch just a quarter of what they could before the ban.

Of course, later in the article we learn the cod catch has NOT collapsed, but the moratorium apparently remains nonetheless. And then there is this from BobTisdale.wordpress.com:

"Without [a] spike in 2012, the sea surface temperatures of the Gulf of Maine would have cooled since 1930."

We would urge interested readers to read this article entitled, "Baseless Alarmism: Global Warming's Impact on Gulf of Maine Driving Away Lobsters and Fish" posted on Mr. Tisdale's blog in September.

This one simple, declarative statement in a scientifically-oriented report seems most damaging to a New York Times article. In fact, the point regarding this kind of reporting is very simple. Despite apparently enormous questions about Gulf of Maine warming, despite an abundance of cod and an even larger abundance of lobster, regulatory authorities have shut down its fishermen.

This is the larger issue that individuals concerned about their families and their communities will have to face in the 21st century. The regulatory state is so out-of-control that fairly severe regulatory penalties are being applied even when there is little or no reason for them – or at the very least they are contentious.

In recent issues, we've discussed the positives of food-oriented investing and even the outright purchase of farmland. While it may seem like an exaggerated solution at the moment, we have no doubt that both food and water will eventually be hit hard by regulatory overkill – that may prove far more damaging than the actual problems that the regulations are supposed to address.

We analyze memes and are well aware that dominant social themes that appear popular unfortunately include a good deal of "noise" regarding food and water scarcity. We're also well aware that the chemical-heavy so-called Green Revolution of the past 50 years has damaged soil bacteria in a significant and lingering way.

What's to stop regulators from banning or severely limiting farming in areas that have been exposed to this sort of farming – and that includes a good deal of prime farmland? Over time we may experience far higher prices for food and water.

Farmland is probably worth investigating from a number of perspectives, not just as an investment. It may sound alarmist now, but regulatory authorities have just shut down fishing in Maine amidst abundant stocks by citing a warming trend that is anomalous at best and an outright fabrication at worst.