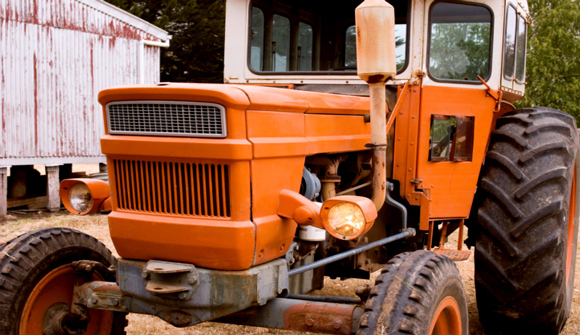 U.S.D.A. to Start Program to Support Local and Organic Farming … The organic food business in the United States reached $35 billion last year. The United States Department of Agriculture … will spend $52 million to support local and regional food systems like farmers' markets and food hubs and to spur research on organic farming. The local food movement has been one of the fastest growing segments of the business, as consumers seek to know more about where, how and by whom their food is grown. – New York Times

Dominant Social Theme: Getting the federal government involved in the details of small-farm food distribution is a big step forward.

Free-Market Analysis: We've been following the "organic promotion" meme and this article from the New York Times posted at the end of September further buttresses the transition of natural food from a private initiative to a public one.

We haven't labeled this the "organic meme" because we believe there are plenty of farmers and producers in the US and the West generally that are dedicated to natural and whole foods while rejecting pro forma USDA labeling guidelines. We'll stick with "organic promotion."

What we can see from this Times article, however, is that in the US anyway, fedgov continues to make inroads at every level of the local foods movement.

What is unfortunate is that once funding has been applied, the USDA and FDA are in a good position to further redefine the "organic" movement in ways that will make it more controllable and more appealing to entrenched agricultural interests.

Farmers' markets are proliferating around the country, increasing 76 percent to 8,268 since 2008, according to the Agriculture Department, but they have trouble marketing themselves. And few consumers are aware of a website the department created to help them find a farmers market in their area.

"These types of local food systems are the cornerstones of our plans to revitalize the rural economy," Tom Vilsack, the agriculture secretary, said in a telephone interview. "If you can connect local produce with markets that are local, money gets rolled around in the local community more directly compared to commercial agriculture where products get shipped in large quantities somewhere else, helping the economy there."

The $52 million will be the first outlay to local and organic enterprises of the farm bill signed into law by President Obama in February, which tripled the amount of money aimed at that sector to $291 million. The organic business, which has long complained that the Agriculture Department does not support it financially, will get $125 million over the next five years for research and $50 million for conservation programs.

"It's a really nice bump for us because we've been getting chump change for research," said Mark Kastel, co-founder of the Cornucopia Institute, an organic research and advocacy group. Still, Mr. Kastel said that given the growth in the organic business, with about $35 billion in sales in the United States last year, he wished there was more money to study organic practices.

We did a bit of research on the Cornucopia Institute and found this paragraph in a study entitled "Cereal Crimes": "Organic farming also benefits the environment in terms of global climate change, since organic farmers use fewer fossil-fuel-based inputs, and healthy organic soil sequesters carbon."

Once more we see "global climate change" creeping into the discussion of "organic" foods! Why ag watchdog groups should make preventing climate change part of a ratings system is surely a mystery, especially as there is less and less evidence of "global warming" overall.

Whether farmers ought to be using gas-powered tractors is perhaps another question, but also one that seems to us somewhat incidental to the quality of the produce itself. But that is what's going on. The sector is hot and thus amenable to larger promotional paradigms of fedgov and Big Ag.

We can see this operative element in the announcement of the recent awards program at the USDA website.

Awards Over $52 Million in Grants to Grow Organic and Local Food Economies … Through the Organic Research and Extension Initiative, USDA is awarding more than $19 million in grants to help producers and processors who have already adopted organic standards grow and market high-quality organic agricultural products.

The fine print makes clear what the USDA priorities include, however. "This year grants focused on … organic farming systems that … contribute to climate change mitigation."

You see? Organic as a label is gradually being converted into a system of agriculture that includes – ineluctably – methodologies to combat global warming. Yet, as we understand it, there hasn't been any evidence of "global warming" for about 16 years now. And, further, what evidence did or does exist for global warming likely has no basis in manmade carbon production.

Nonetheless, it seems that one of the emergent preoccupations of those working with "organic" labeling and the local-foods movement generally is the sequestering or diminishing of carbon.

The idea that the diminishment of the production of one of the two gases necessary for life on Earth is somehow to be seen as supportive of organic food production is ironic, to say the least.

Surely, there is a great deal of difference between the rapidly expanding "organic promotion" and those farmers and consumers that are focused on the production and ingestion of healthy, safe and "whole" food.