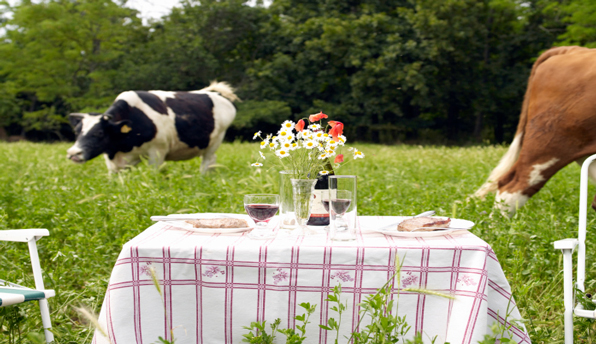 French organic winegrower fined for refusing to spray grapes with pesticide … Emmanuel Giboulot supported by green groups after refusing to spray grapes against flavescence dorée disease in Burgundy … A French organic winegrower who refused to spray his Burgundy vineyard with pesticide was ordered on Monday to pay a €500 fine for flouting official regulations. – UK Guardian

Dominant Social Theme: It is up to the government to determine your best practices as a businessperson.

Free-Market Analysis: In our other article in this issue, we point out that while Larry Summers wants government to create and implement economic policies, up to 75 percent of people polled in a Pew Survey "distrust" government.

The power elite is moving in the wrong direction. Its government-oriented solutions are increasingly out-of-sync with Western populations especially.

We are not surprised. In fact, we have been on the record for years explaining that government initiatives will have less and less credibility in the 21st century.

France is a country that has tolerated a good deal of government interference in private affairs. But even France seems to be reaching its limit when it comes to government nannyism and regulatory activism.

The winegrower, Emmanuel Giboulot, had faced a possible six month jail sentence and €30,000 fine for refusing to spray his chardonnay and pinot noir grapes against an insect blamed for spreading a lethal disease known as flavescence dorée. It is attacking the vineyards of the Côte-d'Or region, where Giboulot produces côte de beaune and haute-côte de nuits wines.

of Giboulot's supporters, including Green MEP Sandrine Bélier, had gathered outside the court in Dijon to hear the verdict. The judge ruled in line with the prosecution's demand that he should receive a fine of €1,000, with €500 suspended. Giboulot, 51, announced that he would appeal, and said after the hearing: "I still don't feel guilty. It's intolerable today to be forced to hide and to be frightened for taking a stand."

The case has aroused strong feelings in France among the winegrower's supporters and opponents in the wine industry. An online petition criticising the potential penal sentence gathered more than half a million signatures.

Giboulot refused to comply with the official instructions on crop spraying on the ground that the insecticide caused collateral damage among pollinating insects, including bees. He has cultivated his 10 hectare vineyard according to "biodynamic" methods, which supposedly blend organic farming with the spiritual forces of the cosmos, for the last 30 years. The Côte D'Or region brought in the new pesticide rules in June 2013 to combat the disease, which first appeared in France in 1950.

When we began to explain our theories about the upcoming Internet Reformation so many years ago, we were fairly confident of our analysis because we had the example of the Gutenberg press and its historical evolution. We believed that history would repeat itself, as the variables were not complex and similarities were evident.

It was our opinion that as people became more aware of the promotions they were subject to, resistance would grow. This is happening as well. Medicine and health care are areas subject to a good deal of alternative thinking and non-mainstream service providers.

Another area is organic farming. In fact, we can see from the above article excerpt that organic farming methods are now starting to come into conflict with the "green revolution" that was organized and backed by big agricultural interests operating alongside pesticide manufacturers.

Irresponsible applications of pesticides are said to have unbalanced the microbial content of the soil in the US and probably around the world wherever green farming continues.

Organic farming is therefore an idea whose time has come. It is driven by the degradation of the environment caused by unpalatable power elite solutions.

In fact, in the April High Alert Trends & Sector Report we report on some of the reasons organic food is healthier and why people are overwhelmingly "going organic." You may also wish to review High Alert's sector report on organic food.

What is going on in France is not aberrant. It is part of a deeper sociopolitical movement that involves renouncing a variety of dishonest dominant social themes.

The 21st century is likely to be considerably different than the 20th. And that's not a bad thing.