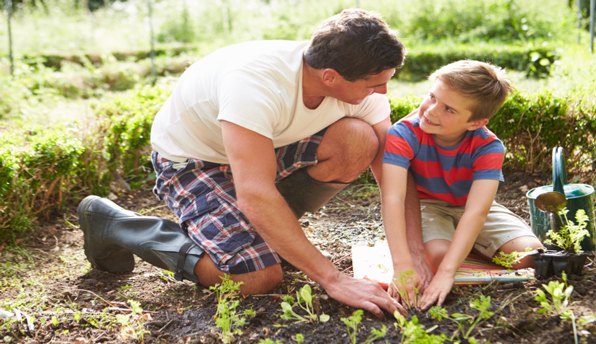 Why the Obamacare fight never ends … "I know every American isn't going to agree with this law," President Barack Obama said about the Affordable Care Act at his April 17 news briefing, "but I think we can agree that it's well past time to move on." The Republican response? Same as General Anthony McAuliffe's reply when the German army demanded that U.S. forces surrender at the Battle of the Bulge during World War Two: "Nuts!" To be precise, after Obama said we can agree to move on, the National Republican Congressional Committee tweeted, "No, we can't." – Reuters

Dominant Social Theme: Those who fight against Obamacare are stubborn, rightwing nuts.

Free-Market Analysis: The mainstream media in the US has always seemingly been pro-Obamacare. The program never received a forceful vetting and now with the program supposedly gaining traction, defenders are out in force.

This Reuters editorial is a good example. The talking points now seem to be that Obamacare has signed up so many people that it is impossible to go back. No matter whether the program is good or bad, well conceived or a disaster, the American people are stuck with it. Within this context, those in the Republican Party who don't like the law are portrayed as intransigent, even illogical.

But the media gatekeepers are missing something. We would argue that anti-Obamacare rhetoric is part of a much larger trend. Those who analyze what's going on as simply provincial resentment over losing personal medical – or political – advantages may be missing the point. Yet this is indeed the perspective presented by this Reuters article/editorial.

With 8 million people signed up for Obamacare — and perhaps as many as 14 million covered by the law — repealing Obamacare looks like a lost cause. "This thing is working," the president announced. The fact that Obamacare is working should shut down the debate. But that's not happening. Why not? Six reasons. …

1. Conservatives will never agree that it's working — no matter what the evidence shows. They're ideologues. Ideologues believe that if something is wrong, it can't possibly work. Even if it does work …

3. Obama promised several times in 2009, "If you like your healthcare plan, you'll be able to keep your healthcare plan, period." It was politically devastating when the Affordable Care Act went into effect last year and people started losing their insurance plans because they didn't meet Obamacare standards. …

4. New insurance premiums for 2015 will be announced this fall — just in time for the midterm election. They will include new premiums for employers, who have to comply with the law starting next year …

5. The groups that are benefiting most from Obamacare are not the groups most likely to vote in a midterm election. They include young people, poor people, minorities and single and working women. One thing that could get them out to vote is a serious Republican threat to end Obamacare. But that can't happen as long as Obama is in the White House …

6. Republicans see the 2014 midterm as a national referendum on Obamacare. Obama urged Democrats to "forcefully defend and be proud of" the new law. But do Democrats really want to nationalize this year's midterm election? …

We can see from the above points that there are many reasons to object to Obamacare. It's an entitlement program, and that makes it costly at a national level. What else? Its booting people out of plans they like; replacements plans may actually prove more expensive; politically, those benefiting are not significant to upcoming elections …

These are reasons that Republicans are objecting to Obamacare. But perhaps there are other reasons – at least one important one – that Reuters is NOT mentioning.

It is, in fact, at the heart of a good deal of US "Tea Party" discontent. What we are talking about is a widespread sentiment that the US fedgov is already far too large and that federalizing another vast swath of the economy is a further step in the wrong direction.

Those who defend Obamacare can make the argument that it utilized the private sector via insurance companies to provide necessary services. But, in fact, the larger picture shows quite clearly that this program is far from what would occur were the government not to have been involved.

The idea that health care is a public good to be provided by government is a recent one. The US, in particular, had private health care until World War II when companies – eventually through legislation – began to offer health care programs to employees.

Once private programs began to be government mandated it was not long before government moved more aggressively into health care via Medicare and Medicaid. And now, government is actively structuring the entire industry. This despite surveys that showed some 70 percent of US citizens were relatively satisfied with their health care providers prior to Obamacare.

The movement toward ever more socialized medicine in the US was not created from some kind of violent agitation. One needs only to regard the disaster that is the British national health care system – with its increasing involvement in determining who is going to live and who is going to die, its run-down hospital system, its overworked and resentful medical staffs – to see the downside to socialized medicine.

Which brings us back to the Tea Party and the Republicans that support the movement. The people involved are at least to some degree libertarian; it would be our assessment that a good deal of opposition to Obamacare from this political sector is ideological.

Again, the mainstream media, with its political parsing and strategic analysis, is missing one large driver of the anti-Obamacare movement: People simply don't want MORE government involvement in their lives.

In the past, the US health care system seems to have functioned relatively well as a privatized entity. Charities, often religious, offered the kind of services that today government is formally charged with providing. It may be considered naïve and even simplistic to argue that voluntarism can replace vast nationalized care programs, but at least among some, this is indeed the bias.

The alternative to government management is private sector activism – both for-profit and non-profit. We have a feeling that in the US there is a growing groundswell of sentiment to radically reduce government involvement in numerous areas, especially when it comes to the fedgov.

We can see this movement manifested in anti-Monsanto rhetoric and in the intense interest that many have in alternative medicine, vitamin therapy and, of course, organic farming.

All of these signify a growing distrust of mainstream solutions and an increasing cultural alienation as a result.

This Reuters article, like so many others, ignores principled free-market objections to Obamacare. Yet these objections are driving resistance not just to modern health care solutions but also to the overwhelming corporatism of medical treatments generally and to internationalized food-based solutions as well.

The Obamacare resistance is actually part of a bigger trend. And mainstream media will continue to provide inaccurate and incomplete information regarding the opponents of Obamacare if it does not recognize this larger reality.

This incorrect analysis has social, economic and even investment ramifications …