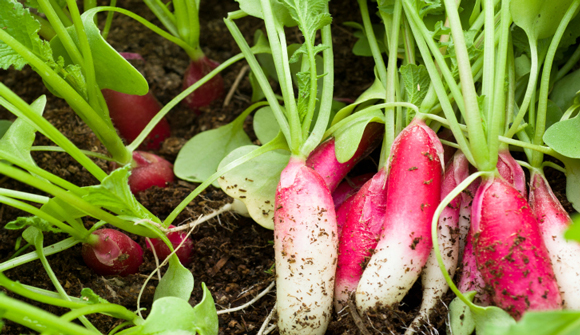 Ratted out: Scientific journal bows to Monsanto over anti-GMO study … Rigid criteria exist for a serious scientific journal to accept a peer-reviewed paper and to publish it. As well there exist strict criteria by which such an article can be withdrawn after publication. The Journal of Food and Chemical Toxicology has apparently decided to violate those procedures, announcing it is retracting a long-term study on the toxic effects of Monsanto Genetically Modified Organisms (GMOs)—GMO Maize it published a year ago. The bizarre reports come only six months after Elsevier created a special new position, Associate Editor for Biotechnology (i.e. GMO), and filled it with a former Monsanto employee who worked for the giant Monsanto front-organization, the International Life Sciences Institute, which develops industry-friendly risk assessment methods for GM foods and chemical food contaminants and inserts them into government regulations. Sound like something wrong with this picture? – RT

Free-Market Analysis: What is going on with this Monsanto study is similar to what happened to Dr. Andrew Wakefield when he had the temerity to publish information that might be interpreted as linking autism to vaccinations.

Wakefield has been pursued relentlessly. Today, he is no longer licensed in the UK as a physician and his initial famous paper, written with numerous others, has been retracted by its publisher, the journal Lancet.

Yet speak to doctors involved with vaccinations and they may tell you that a wide variety of people receiving vaccines have some sort of negative reaction. This is a kind of medical secret, however, for a variety of reasons.

There is no medical procedure on Earth that can be given safely to 100 percent of humanity. Thus, the vaccine industry and its practitioners are engaged in a cover-up. They are making a decision that some may be sacrificed for the good of the many.

This is part of the larger perversion of science in the 21st century. A US Vaccine Court now regularly hands out damages to children injured by vaccines. This would seem to be a direct confirmation of Wakefield's generalized hypothesis. But the Court's decisions are consistently handed down with the caveat that they are not confirming or denying any incidence of vaccine injury.

The paradigm of modern medicine includes traveling to the Amazon to find herbs that can be chemically reconstituted for patent purposes. Modern Western medicine is based on satisfying legalisms. Nature cannot be patented; synthetic drugs can be.

And synthetic drugs have numerous, ever-escalating side effects. These are not, in fact, side effects but effects. You will not find this fundamental difficulty referenced in medical journals or popular ones. Scientific American's support of the elite global warming meme is just one example. National Geographic, one of the world's largest magazines, suffers from the same sort approach.

We live in an era where science is easily and immediately perverted for the sake of the greater goal of globalism. There are all seemingly all sorts of energy and healthcare breakthroughs that are not seeing the light of day because of evident suppression. And every now and then we come across an obvious act of suppression that seems to validate other suspicions. This Monsanto episode is one such. Here's more:

Some background … In its November, 2012 issue, The Journal of Food and Chemical Toxicology published a paper titled 'Long term toxicity of a Roundup herbicide and a Roundup-tolerant genetically modified maize' by Gilles-Eric Séralini and his team of researchers at France's Caen University.

It was a highly important study as it was the first and, astonishingly, still the only long-term study under controlled conditions of possible effects of a diet of GMO Maize treated with Monsanto Roundup herbicide. Seralini submitted his study results to the respected journal following a rigorous four-month review by scientific peers regarding methodology and such. Seralini's group tested more than 200 rats of a diet of GMO corn over a period of a full two years at a cost of 3 million euro.

The study was done in absolute secrecy to avoid industry pressure. The publication created an atomic blast rocking the entire edifice of the GMO industry. Pictures of test rats with grotesque cancer tumors appeared in newspapers around the world. Seralini's group studied the effect of a Monsanto GMO maize diet on the rats for much longer than Monsanto had done in their study submitted to the EU European Food Safety Authority for approval.

The group conducted its study for the full two-year average lifetime instead of just 90 days in the Monsanto study. The long-term span proved critical. The first tumors only appeared four to seven months into the study. In the industry's earlier 90-day study on the same GMO maize Monsanto NK603, signs of toxicity were seen, but were dismissed as "not biologically meaningful" by industry and EFSA alike.

It seems they were indeed very biologically meaningful. The later study was also done with the highest number of rats ever measured in a standard GMO diet study. They tested "also for the first time three doses (rather than two in the usual 90 day long protocols) of the Roundup-tolerant NK603 GMO maize alone, the GMO maize treated with Roundup, and Roundup alone at very low environmentally relevant doses starting below the range of levels permitted by regulatory authorities in drinking water and in GM feed."

Their findings were more than alarming

… Then, out of the blue, in May 2013, six months after the Seralini study release, Elsevier announced that it had created a new position, 'Associate Editor for Biotechnology'. The person they hired to fill it was Richard E. Goodman, a former Monsanto employee who in addition was with the Monsanto pro-GMO lobby organization, the International Life Sciences Institute (ILSI) which develops industry-friendly risk assessment methods for GM foods and chemical food contaminants and inserts them into government regulations.

As one critical scientific website posed the obvious ethical sham of hiring Monsanto people to control GMO publications, "Does Monsanto now effectively decide which papers on biotechnology are published in FCT? And is this part of an attempt by Monsanto and the life science industry to seize control of science?"

Then on November 24, 2013, six months after Goodman took control of GMO issues at the Journal, Dr. A. Wallace Hayes, the editor of the journal Food and Chemical Toxicology reportedly decided to retract the study by the team of Professor Séralini.

The reasons for the extraordinary retraction a full year after publishing are in violation of the guidelines for retractions in scientific publishing set out by the Committee on Publication Ethics (COPE), of which FCT is a member. According to the guidelines, the only grounds for a journal to retract a paper are: Clear evidence that the findings are unreliable due to misconduct (e.g. data fabrication) or honest error; Plagiarism or redundant publication; Unethical research. Séralini's paper meets none of these criteria and Hayes admits as much.

In his letter informing the professor of his decision, Hayes concedes that examination of Séralini's raw data showed no evidence of fraud or intentional misrepresentation of the data. As Claire Robinson of GM Watch points out, "inconclusiveness of findings is not a valid ground for retraction. Numerous published scientific papers contain inconclusive findings, which are often mixed in with findings that can be presented with more certainty. It is for future researchers to build on the findings and refine scientific understanding of any uncertainties."

Elsevier, the publisher of the journal Food and Chemical Toxicology, is one of the giants in worldwide scientific publications. And they are apparently not so rigorous when it comes to making money over scientific principle. In 2009, Elsevier invented an entire medical journal, complete with editorial board, in order to publish papers promoting the products of the pharmaceutical manufacturer Merck.

Merck provided the papers, Elsevier published them, and doctors read them, unaware that the 'Australasian Journal of Bone and Joint Medicine' was simply a PR vehicle for the drug giant Merck.

We have quoted at length to make sure that you, dear reader, are broadly apprised. Monsanto, with the help of Elsevier, is apparently covering up certain cancerous proclivities. Of course, Monsanto is guilty of much else. It is known for litigating against farmers who unknowingly utilize its wind-blown seed. It was recently sued successfully in Peru by thousands of farmers.

Monsanto is on the cutting edge of sterilizing seeds so that they can only be used once. And, of course, the endless genetic reconfiguring of foodstuffs continues in Monsanto labs and elsewhere. Monsanto works closely with top legislators and bankers to insure that its various tamperings are not penalized by law.

This is the story of Monsanto, then: A sordid, mercantilist tale of cover-up, perversion of farming and attacks on apparent scientific documentation.

Fortunately, there is the Internet.