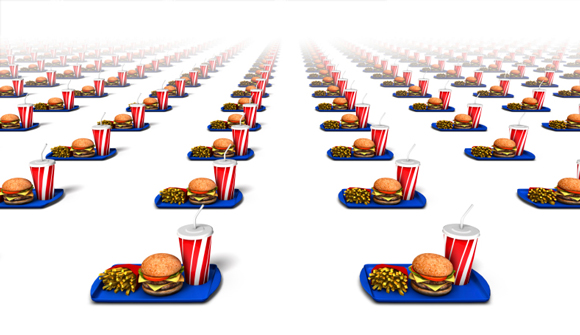 Agriculture / Organic Farming, STAFF NEWS & ANALYSIS
'Organic' at McDonald's: When Is a Meme not a Meme?
By Staff News & Analysis - October 23, 2014

Dominant Social Theme: Organic is hot, though McDonald's is not.

Free-Market Analysis: To call "organic food" a meme is questionable.

From our point of view, the word "organic" by itself does not yet constitute a promotion. However, there is a debate taking place in the feedback section of The Daily Bell and it revolves around what actually constitutes a dominant social theme.

The promotion – the meme – resides in the use of the word to imply certain qualities that are not present.

Thus, if a firm trumpets organic food as more wholesome and healthy within the context of USDA certifications, then that firm is promoting a dominant social theme because the USDA has participated in redefining the word.

There is nothing inherently objectionable in the term "global warming," but the connotations may be seen as objectionable. The two words refer to a whole host of promotions supporting globalist strategies.

To refer to the "organic promotion" would probably be more accurate at this point. After all, when one uses the word "organic" in conversation, one is not necessarily referring to USDA-approved characteristics. This is the difference between conversational terminology and regulatory definitions.

It is certainly true, however, that in the US anyway, corporations are trying to redefine organic. McDonald's, for instance, is moving toward organic labeling, as we can see from the Bloomberg article.

"You'll see us in some categories looking to different products, possibly organics," Chief Executive Officer Don Thompson said on a conference call. "We actually are doing it in certain markets." The world's largest restaurant chain already uses organic semi-skimmed milk in McCafe coffees, porridge and Happy Meals in some restaurants in the U.K., said Becca Hary, a company spokeswoman.

Organic milk also is sold in Germany, while organic fruit juice is available in Germany and France, she said. "We have the ability to cater our menu to local and regional tastes and preferences," Hary said. McDonald's has been struggling to boost sales amid increased competition for low-priced meals.

In the U.S., the chain has recently tried selling $2 jalapeno burgers and chorizo burritos in some locations to lure diners. The items haven't really attracted Americans, who are increasingly flocking to fast-casual chains where they can customize meals and find some organic fare. Chipotle Mexican Grill Inc., which said earlier this week that third-quarter same-store sales jumped 20 percent, sells some organically grown beans, and the tofu used in its Sofritas also is organic.

It's probably safe to say that what McDonald's considers "organic" has more to do with USDA definitions than the commonsensical meaning of the word. But does this invalidate "organic" as a description of food?

A generally accepted understanding of the word would include local produce that is grown using traditional rather than modern – "green" – production methods that often include a complex array of pesticides.

The reason for consumer interest in "organic" farming has to do with the idea that many modern foods, especially meats and processed foods that are being offered to the public, are unhealthy. Type two diabetes is a virtual epidemic in the West, and much of the syndrome has been attributed to various artificial approaches regarding foodstuffs.

What can be objectionable about organic food within the context of production that relies on old-fashioned, non-invasive farming and at the least a minimal amount of modern additives and pesticides? Other words associated with this kind of approach might include "whole foods" and "natural foods" along with "local produce."

These are commonsensical terms that define foods in the context of natural production. However, it is also true that as large corporations continue to co-opt the word "organic," it may itself become a shorthand for the kind of promotion that "global warming" brings to mind.

That would be too bad. The term "organic" seems to us to stand for a laudable ambition, which is to produce local and fresh food without the kind of industrial commercialization that is eroding the natural fertility of the earth while gradually undermining the health of hundreds of millions and even billions.

We are positive about the word "organic" as it is understood colloquially. We are certainly not fans of the emergent USDA-massaged "organic" labeling that is now taking root in corporate and multinational think tanks. One approach features an absence of additives and the determination to produce food without contaminants. The other is indeed a promotion.