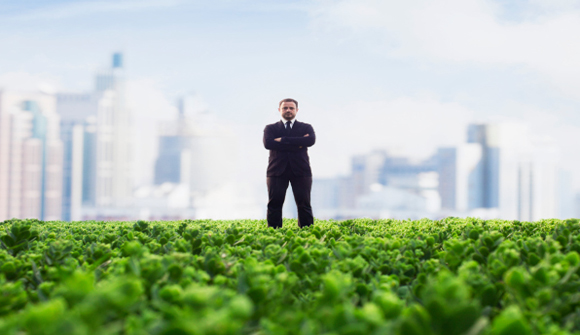 Free-Market Analysis: Collective farming – under the watchful eye of government – has been responsible for mass starvation wherever it's been tried, certainly in the 20th century. Mao's Great Leap forward, which starved some 50 million, Russia's Kulak consolidation that cost millions of lives and other such policies of forced-communal agriculture are inevitably genocidal.

You would think such ideas would be discredited by now but like a bad penny, they keep turning up. We can see the latest chapter beginning to take shape in Japan – and it will eventually roll toward the West (just as Keynesianism rolled East).

It's all about organic farming, of course. As results continue to emerge about the so-called Green Revolution that has virtually denuded places in the Earth of healthy bacteria, farmers have reignited age-old wisdom regarding natural growing without pesticides and genetic modifications.

As a result, the forces of consolidation and globalization are striking back. Apparently, the idea that people can be responsible for their own agricultural destinies is somehow too much to bear. Cost efficiencies are supposed to be driving Japan's land-bank consolidation.

But it smells to us a good deal like collective farming.

Bloomberg news service reported that Japan's Aeon Co. plans to become Japan's largest rice grower by leasing 100 hectares of rice production land from farmers in conjunction with a Japanese government plan. That 100 hectares is about 50 rice farmers' land because rice production historically has been done in such small fields.

The Japanese prime minister's government is creating land banks by renting rice paddies from farmers and consolidating them into larger farms for leasing to corporations to farm. The Bloomberg report says the goal is to have 80 percent of farmland to be cultivated by large-scale farms so that Japanese farming produces food crops at competitive prices to other economies.

The government is cutting subsidy payments to food growers, which has a large share of older land-owner farmers, to incentivize them to stop farming and lease their land. It seems if the U.S. government came up with some scheme like this, Walmart, Whole Foods and others would jump at taking over farming operations rather than trying to force farmers to meet their sustainability goals.

These large corporations are already forcing farmers to do it the company way or look for other outlets for food production. They definitely don't care if the farmer isn't as profitable following company directions to be "sustainable." Whole Foods, for example, isn't satisfied with organic farming, but is now going to be rating produce as good, better and best.

According to the company, "The labeling system is based on an index to measure the performance of products relevant to such sustainable topics as pest management, farmworker welfare, pollinator protection, water conservation and protection, soil health, ecosystems, biodiversity, waste, recycling and packaging, energy and climate."

Corporate consolidation is always heralded as efficient, even though we know quite well by now that corporate-based industry is supported by judicial fiat. In other words, absent enabling court decisions, businesses would likely be smaller and "consolidations" would include flexible partnerships rather than forcible mergers.

People often mourn the demise of small-scale farming, not understanding that the corporate model – which supposedly can garner increased efficiencies – is not a natural one. Over time, many of the efficiencies that are claimed for Big Agriculture may be seen as deleterious. There is nothing efficient about destabilizing the natural balance of soil.

But in fact, this is happening. Here from the UK Telegraph in November 2013:

Dust to Dust: a man-made Malthusian crisis … We must wake up to the global land crisis or face a very real threat of famine. American scientists have made an unsettling discovery. … A team at the University of Colorado under Noah Fierer used DNA gene technology to test the 'verrucomicrobia' in Prairie soil, contrasting tilled land with the rare pockets of ancient tallgrass found in cemeteries and reservations. The paper published in the US journal Science found that crop agriculture has "drastically altered" the biology of the land. "The soils currently found throughout the region bear little resemblance to their pre-agricultural state," it concluded.

Organic farming and no-till practices are returning to agriculture for practical as well as philosophical reasons. No doubt they will be resisted staunchly by Big Agriculture that wants a continuation of its policies of farming consolidation. But information these days is available at the touch of a finger. More and more people are deciding they are comfortable with modestly produced, modestly priced organic produce.

As we wrote the other day, this is a trend worth watching, and one that is being driven, it would seem, by legitimate consumer concerns.