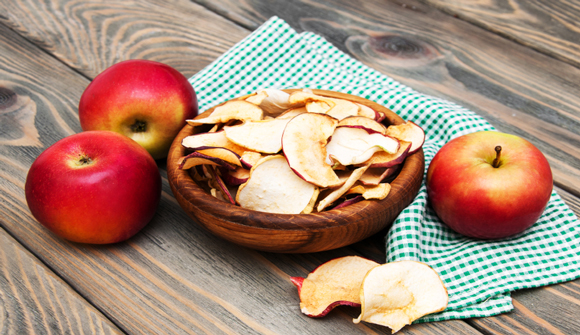 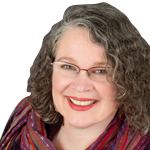 "An apple a day keeps the doctor away," goes the old adage. But with the advent of genetically modified apples courtesy of our friendly neighbors to the north, many health-conscious Americans worry that soon the opposite might be the case.

Here's the story in a nutshell: In February 2015, the USDA approved Arctic® apples created by Canada-based Okanagan Specialty Fruits (OSF) for sale in the US this year. What's so special about these apples is that they won't brown for days after they're sliced—ostensibly a great boon for consumers. And an even greater boon for the food service industry, which since its inception has apparently been gnashing its collective teeth at Mother Nature for having the audacity to insert a beauty stain like browning into an otherwise perfectly good piece of produce.

GMO-wary consumers aren't buying it, though. The fear that Arctic apples—which come in the Golden Delicious and Granny Smith varieties, with Gala and Fuji available soon—might harm the health of humans and pollinators alike has led to widespread public protest. So, could GMO apples potentially damage our health, or are they a great convenience we should wholeheartedly embrace?

One of the first concerns, of course, is whether we'll be able to tell a rotting old apple from a freshly sliced one if both look equally perky, even after several days.

It's really just the enzymatic browning that we've turned off in the apple. When an apple rots, there are other pathogens, bacteria and fungi—they have their own enzymes that will make them go brown. So the Arctic apple, when it goes brown, it's because it's showing that it's rotting.

Personally, I'd still balk at the idea of several-days-old apple slices in salad bars, restaurants and possibly my son's school cafeteria, but Carter reassured the skeptical audience that despite public backlash, "Any time the consumers get to experience the apple, they love it."

In this "convenience world today," he said, where eating a whole apple "is too big a commitment" and, moreover, makes simultaneous texting and driving impossible, Arctic apples are a godsend.

The possibilities are clear.

• Your child will finally finish their apples

• Salads and sandwiches thank you for the crunchy makeover

• Your trash can and compost go hungry

What the website doesn't mention is that, rather than making Canadian and US moms happy, the real reason for this innovative stroke of GM genius is likely the huge and powerful American food industry. I suspect its lobbyists have been clamoring for years for the produce equivalent of the carbon monoxide injections that give even dated US supermarket meat that fresh, reddish-pink look.

But let's put that queasy gut feeling aside for a moment and see what the science says.

Could Turning Off Enzymes Have Dangerous Consequences?

So how exactly are Arctic apples made? Paraphrasing the website, when we bite into or slice an apple and thus rupture the cells, a plant enzyme called polyphenol oxidase (PPO) mixes with a chemical substrate called polyphenolics, which causes an enzymatic browning reaction. Since Arctic apples produce practically no PPO, that reaction never occurs.

"The small number of genes (four, to be exact) that control PPO production were identified several years back, when the apple's genome was mapped," Okanagan Specialty Fruits explains. "[Our] science team uses gene silencing to turn down the expression of PPO, which virtually eliminates PPO production, so the fruit doesn't brown."

Some GMO opponents question whether the RNA interference (RNAi)—that means, the turning-off of PPO, which is also an enzyme for plant defense—may lead to a weakening of apple trees against disease and therefore to the overuse of pesticides. However, those concerns have no basis in reality, OSF asserts:

Our Arctic apple trees grow and behave in the orchard, blossom and bear fruit just like their conventional counterparts. We've got almost 10 years of test orchard experience to document that. … In some plants, PPO plays a defensive role—for example, tomatoes produce high levels of PPO when attacked by pests or pathogens. In contrast, apples produce very low levels of PPO, and only in very young fruit. Its presence is probably left over from apples of ages ago, playing no role in today's apples.

That sounds pretty good, although the last sentence eerily reminds me of how I and most people of my generation lost our tonsils when we were kids. "They're just like your appendix," our family physician assured me with a smile. "They don't really serve any function in the human body."

And what about cross-pollination, the danger so many organic farmers growing their crops near GMO corn, soy and alfalfa fields have encountered? Bees pollinate apple blossoms, so what's keeping them from carrying the Arctic apple pollen over to organic orchards and contaminating them?

That's not a problem either, says OSF. First, honeybees don't travel very far and, if presented with ample food in a blossoming orchard, won't likely stray to the neighbors'. And even if a bee happened to transport some pollen from A to B, "Arctic genes would only be present in some of the resulting apples' seeds—not in the fruits' skin or flesh. Apple trees are produced by grafting, not from seeds. But even if someone were to attempt to grow a tree using these seeds, the 'Arctic' trait wouldn't be expressed."

Speaking of bees, though: What about the wellbeing of our precious pollinators, which, environmentalists suspect, are dying off due to certain insecticides farmers spray on their crops? Could they be harmed by the Arctic pollen?

Bee behavior around Arctic apple trees is the exact same as it would be around any apple trees. Arctic trees grow the same way, respond to pests/weather just the same and don't require any special treatments.

I have to say I'm impressed—the biotech company seems to have covered all the bases. Though there's still one thing that might prove to be a smoking gun after all: a marker gene known as the kanamycin resistance gene that all Arctic apple trees bear within.

Are Arctic Apples a Threat to North American Apple Exports?

Kanamycin, in case you wonder, is a powerful aminoglycoside antibiotic. It can cause ear and kidney damage and can only be administered by injection, so it's only used for treating serious bacterial infections, including pneumonia, tuberculosis and E. coli, when other options fail.

So what is a marker gene, and what does it do?

In the gene modification process, new genes are introduced into plant cells to give them new properties, such as herbicide resistance or production of a particular vitamin. However, it seems this process is very much trial and error. Only a few of the target plant cells will take up the new genes, so a marker gene is paired with the new gene, like a label. If the marker gene is present, the new gene is, too.

Some marker genes—like the kanamycin resistance gene—enable cells to withstand treatment with antibiotics. To identify cells containing those genes, scientists simply treat all the cells with that antibiotic (in this case kanamycin), and most of the cells will be killed off, except for the ones with the resistant gene.

The kanamycin resistance gene has some resistance crossover to other antibiotics like gentamycin and neomycin. Does that mean with every Arctic apple we eat, we may build up a resistance to a potentially life-saving antibiotic?

The kanamycin resistance gene, known as nptII (neomycin phosphotranferase II), produces a protein that causes our plant tissue to be resistant to antibiotic kanamycin. The nptII gene is one of the most widely used marker genes in plant transformations, and is so common in nature it was granted GRAS (Generally Recognized As Safe) status by the FDA. This protein is only produced in leaf tissue in sufficient quantities to make the leaves resistant to kanamycin, allowing our scientists to use this 'marker' to identify successful and precise placement of our nonbrowning genes. No nptII protein is expressed in Arctic apples.

I don't doubt that's the truth. But what about the perception that Arctic apples might be dangerous, especially in places like the EU that are much more health conscious than the US?

Every stock market investor knows that perception can be more powerful than the truth. Some of the most vocal Arctic apple opponents claim that there's an EU directive in place that bans (or at least demands to phase out ASAP) all GM foods with antibiotic marker genes from being imported into the European Union—hence the very real danger that all of North America's apple exporters could go down with Okanagan's GMO ship.

It appears, though, as if this danger isn't all that real. According to my own research, the 2007 conclusion of the European Food Safety Authority's (EFSA) GMO Panel still stands. The report, which pertained specifically to Amflora, a GM potato with the nptII marker gene, postulates that not all antibiotic marker genes are created equal and that nptII should be allowed for unlimited use.

[T]he GMO Panel reiterates its earlier conclusions (EFSA, 2004) that the use of the nptII gene as selectable marker in GM plants (and derived food or feed) does not pose a risk to human or animal health or to the environment.

Whether this is an unbiased decision, of course, is another matter. Watchdog organization Corporate Europe Observatory suggested in a 2011 report that "more than half of the GMO panel experts who signed the approval had conflicts of interest" ranging "from receiving research funding from the biotech industry, being a member or collaborator in a pro-biotech industry association, to writing or reviewing industry-sponsored publications."

[Although] none of EFSA's GMO panel members were medical experts in the use of antibiotics in human medicine, they decided that neomycin and kanamycin were antibiotics with "no or only minor therapeutic relevance." The World Health Organisation (WHO) classified these antibiotics as "critically important" in 2005.

This research shows that the Dutch scientist Harry Kuiper, chair of the GMO panel who had close links to the biotech industry, played a key role in the framing of this disputed key scientific advice.

Whatever the truth of the matter may be, I, for one, will watch for the label and not buy Arctic apples, but many people might be drawn to the convenience of putting a bunch of sliced apples out for the kids and not having to resort to preservatives like good old-fashioned lemon juice.

It looks like there are no real obstacles—other than public opinion—standing in the way of Arctic apples' conquest of the global marketplace.

Shannara Johnson is a freelance writer and copy editor working for several renowned investment research firms. On the side, she writes novels and short stories for children and young adults. Read more personal and often politically incorrect musings on her blog, Grumpy German Writer.