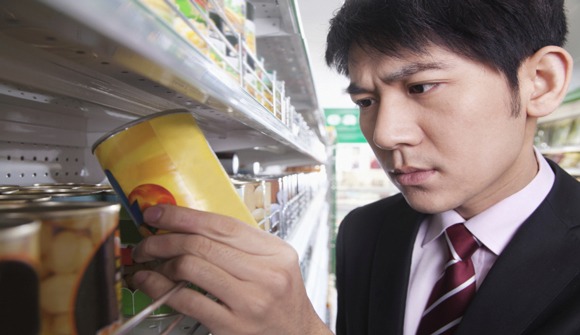 Wal-Mart Promises Organic Food for Everyone … Buoyed by the improving economy and Americans' belief that they can eat themselves healthy, sales of organic food are booming again. The growth in sales of organic products in the U.S., food and nonfood, had slowed to 4.6 percent in 2009 but has since rebounded. Sales rose 11.5 percent in 2013, to $35 billion, according to the Organic Trade Association. – BusinessWeek

Dominant Social Theme: Everyone deserves healthy food and Wal-Mart will provide it.

Free-Market Analysis: The "healthy food" meme keeps growing because it's a profitable one. But like many other things in the modern mercantilist environment, it's not entirely what it seems. We'll try to draw a distinction in this article that will allow us to examine this trend and its ramifications from both a marketing and investment standpoint.

We last covered the expanding "organic" phenomenon as it affected companies like Whole Food, which has made a great deal of money by emphasizing the wholesomeness of its offerings. You can see a Daily Bell article here:

At the time, we pointed out that in continually expanding its offerings, Whole Foods was redefining what "healthy" was. The idea predictably was that the sector would grow to include food with a minimal "carbon" footprint. We quoted AP's reporting on the Whole Foods program, as follows:

Whole Foods to roll out rankings for produce… Whole Foods plans to start rolling out a system that ranks fruits and vegetables as "good," ''better" or "best" based on the supplier's farming practices … The rankings will also take into account factors such as water and energy use … The standards were developed by Whole Foods and are not an official government designation.

"Energy use" is in fact (at least partially) a code word for "carbon footprint" and this is confirmed in Whole Foods's own literature as well. From our standpoint it's controversial because one's carbon output probably doesn't have any impact on the actual wholesomeness of the food in question.

In any event, this is indeed a rapidly expanding trend. Like Whole Foods, we anticipate that sooner or later (probably sooner) Wal-Mart will begin defining "healthy" on its own terms. Here's more from the article:

Once sold primarily in musty natural foods shops, organics went wide after Whole Foods Market (WFM) took over the high end of the market, earning the nickname "Whole Paycheck" in the process …

Now the organics industry is bracing for its next big shakeup. Wal-Mart Stores (WMT), the nation's largest grocer, is expanding its selection of organic foods. And it's promising to sell the stuff at the same prices it sells nonorganic food.

Most organic food costs at least 25 percent more than regular fare. Wal-Mart says it will keep prices low by using Wild Oats, a well-known name in organics, as its supplier. The deal came together in 2011 after two organics industry veterans bought the Wild Oats name from Whole Foods, then recruited billionaire Ron Burkle's Yucaipa Cos. as the majority owner and operator of the company.

Anthony Zolezzi, who with Tim Luberski bought the name, said he visited Wal-Mart's Bentonville (Ark.) headquarters 13 times to sell the company on rebooting Wild Oats as a way to sell affordable organic foods. The idea was "to democratize organic to the masses," says Zolezzi. Wal-Mart now accounts for more than 90 percent of Wild Oats' business.

"Our new, specific effort with Wild Oats, launched earlier this year, is a natural progression as we meet customer demand," says John Forrest Ales, a Wal-Mart spokesman. "We are working to lower the price of organic pantry staples to be at parity with national brand nonorganic products."

All this sounds encouraging for those who are aware that many foodstuffs offered in the US contain considerable amounts of chemicals as a result of intensive farming with pesticides. Presumably the rise in cancer, diabetes, etc. can to some degree be attributed to the amount of processed, pesticide-heavy food US citizens are exposed to. (This is presumably the case in the West generally.)

The trend toward more wholesome food is also the result of the Internet, in our view. Just as the Internet era has begun to change political styles by exposing non-mainstream political ideologies, so there are other sociopolitical shifts that can be associated with increased information, including food preferences.

But this being corporate America, there is a downside having to do with the ubiquitous infection of mercantilism. We would anticipate – and this has already taken place – that the more corporations get involved with selling "healthy" (whole) food, the more the standards of such food will reflect a variety of characteristics that have nothing to do with quality of nutrition.

From a consumer perspective, such food may eventually depart somewhat or altogether from what actually constitutes such. Corporations will justify this shift, as they already are, by cooperating with regulators to generate redefinitions that will make it harder for smaller entities to properly advertise and market their own healthy offerings.

From an investment standpoint, the "healthy foods" sector will become more confusing. As standards shift, entities as various as McDonald's and other longtime food vendors and distributors will enter the fray. These entities will seek and perhaps receive a temporary boost in consumer approbation based on their efforts and marketing skills.

But ultimately, some of these campaigns may not work out so well as consumers begin to understand they are not receiving the quality they are seeking. Such consumers may find this quality in smaller, local vendors – thus leading to expansion of regional cuisine, freshly farmed and prepared. This would surely be the best outcome.

In the meantime, as a consumer and as an investor, prepare for an era of confusing and even misleading labeling. It's already taking place, of course, and it will likely become more rather than less pervasive as corporate America discovers the advantages of offering or pretending to offer "organic" edibles.