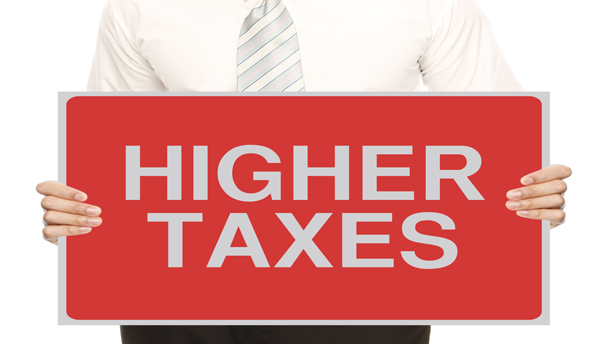 Americans have lost out on $6.6 trillion … The inability to maintain 2000-level prosperity has cost us all … Why are so many Americans feeling squeezed economically even as the economy expands at an accelerating pace? … So what's missing? … The answer lies in a very large sum of missing money – about $6.6 trillion by my count – over the first 12 years of this century. – Al Jazeera

Free-Market Analysis: Al Jazeera wants to make sure that people are aware that tax cuts are not beneficial. Presumably additional taxes would be helpful, using this logic.

These sorts of articles remind us of why US citizens in particular are economically illiterate. Of course, the West generally is economically confused, and this article highlights such confusion.

The article uses lots of statistics to show how the Bush tax cuts did nothing to create "prosperity" with the implication that putting more money in the hands of individual taxpayers is a futile way of creating wealth.

I calculated that enormous figure by comparing the average income Americans reported on their 2000 tax returns with what they reported each year for 2001 through 2012, adjusting for inflation and the growing population.

… In a December 1999 speech to Iowa voters, the future President Bush vowed, if elected, to put into law a "tax cut designed to sustain our nation's prosperity — and reflect our nation's decency … The entrepreneurs of America create jobs, take risks and make their profits with honor. My tax cut plan will expand their ranks by encouraging American enterprise … Low tax rates are a powerful economic tool to promote a higher standard of living for all Americans."

Americans went along, congressional Democrats joined Republicans to enact the tax cuts, and now we know the results. Instead of swimming in jobs, savings and cash, the United States suffers chronic unemployment, with 3.1 million Americans out of work for more than six months and another 7.5 million forced to work part time because they cannot find full-time work. There is more than enough empirical evidence to demonstrate that the Bush tax cuts failed to produce the promised result.

Read this last paragraph again and especially the last line. Empirical evidence shows that the Bush tax cuts "failed to produce the promised result." But that's not true. The problem is a monetary one, not fiscal. Anyone who understands non-Keynesian economics understands that.

This conclusion is obvious for the following reasons. First, the article compares the average income Americans reported on their 2000 tax returns with what they reported each year for 2001 through 2012. Talk about cherry picking! 2000 was the top of a stock market boom. We remember it well.

Then, the article then compounds its bias by including five years when the economy was doing horribly – 2008 through 2012 – also due to monetary difficulties. Finally, the article admits that, "in two upside years, average income rose modestly, up $504 for 2006 and $1,744 for 2007."

The article we're analyzing was written by David Cay Johnston, "an investigative reporter who won a Pulitzer Prize while at The New York Times, and who teaches business, tax and property law of the ancient world at the Syracuse University College of Law." Johnston is also the "best-selling author of Perfectly Legal, Free Lunch and The Fine Print and editor of the new anthology, Divided: The Perils of Our Growing Inequality."

Mr. Johnston sounds like a tough and sophisticated reporter, but we'd submit this article suffers from a Keynesian bias. We use the term "Keynesian" because Keynes never really incorporated the effects of monetary inflation into his theories.

In fact, Keynes didn't like the idea of inflation at all. Because of him, really, we suffer from the misuse of the term inflation. It has come to mean price inflation – the prices of things going up – when it should describe an expansion of the supply of money in the real economy (not sidelined in bank coffers as reserves).

Why did Keynes redefine inflation as price inflation? Because the subject is an incendiary one. We can infer from this – as we have – that Keynes was mainly a propagandist. This corresponds to his Fabian background and his involvement with the Bloomsbury Group.

An iconographic image adopted by these people is a wolf in sheep's clothing. This was actually enshrined in a stained glass window owned by a leading Bloomsbury couple and now hanging at the London School of Economics, also a Fabian facility. The whole idea behind creating a radical socialist society bit by bit, is to withhold the truth or at least disguise it.

Keynes's great General Theory starts AFTER a crash and an economic slump. He never explains it. When Keynes's oeuvre is examined what stands out clearly is his aversion to discussing monetary inflation. He will write about price inflation; he will explain merrily how government can counteract a depression (by printing money to "employ" people) and he will utilize elaborate mathematics to prove his unprovable hypotheses. But the usage of the classical definition of inflation within the context of his General Theory is not something that issues generously from his pen.

This article goes down this same path, unfortunately. Let us give it the benefit of the doubt and decide it is written sincerely. It still doesn't make any sense. Whether Bush cut taxes or not, the amount of money in individuals' pockets matters little when the larger economy is in the grip of a massive stimulation.

And it is. The larger economy in the US – and the West – is still electrified by unfathomable amounts of printed currency, some US$50 trillion and rising. There is no way a "tax cut" can have any identifiable impact when faced with these tidal waves of central bank "super money."

The Bush tax cuts did have some stimulative effect, no doubt, when the economy was being jammed upwards by Ben Bernanke's loose money policies of the past decade. But once 2008 hit, the stock market lost HALF its putative value, real estate collapsed and a tax cut – no matter how large – was an incidental, ephemeral afterthought.

The reality is that fiscal policy (the painstaking adjustment of tiny percentages of after-tax income) is a sideshow, a carny-barker's act. When we look back on the early 21st century we shall surely see that a thousand-trillion dollar derivatives market and the issuance of tens of trillions of dollars by central banks mark a desperate attempt to support a system that is disintegrating. We shall go further and present, as we have before, the idea that the system is set up to destabilize itself over and over again. Even the efforts to stabilize it are ultimately destabilizing.

The goal is surely one of continued crisis, inevitably increasing middle class agony. Gradually, savings, employment and assets erode. The end result is a system that must logically expand or die. And when people are in a sufficiently desperate state, further financial globalization will begin.

In the meantime, as we have often suggested, people might do well to involve themselves with due diversification and hedging in this "last gasp" market.

It is truly a Wall Street Party to end all parties, and end it will, though fortunes – of a sort – will be made in the meantime.

Within the above context, one should always keep in mind that the only thing that matters at this point is monetary inflation – that term that Keynes was allergic to, US$50 trillion and rising in the past six years – propping up ruined companies, disintegrating stock markets and insolvent governments.

There is no real economy anymore, is there? Only an artificial one, a cadaver shocked into motion by electrified digits. One could speculate there has been no real economy since the advent of the Federal Reserve in 1913. Those who control central banking and its vast sums of money are the world's controllers.

In this era of gale-force monetary debasement, the only power that matters is money power.