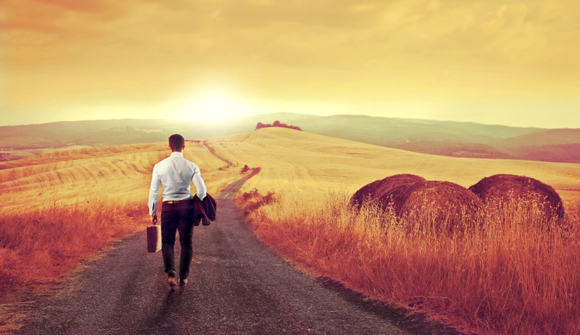 This one is personal. My wife has renounced her US Citizenship but over time that may not stop the US from pursuing her and others perpetually.

And there's something else going on, too – maybe even bigger – that I'll get to at the end of the article.

The most recent news? A bill that Chuck Schumer (D-NY) desperately wants to become law just missed being adopted under the auspices of Senate immigration legislation.

The name of the bill is the "Ex-PATRIOT Act" … short for "Expatriation Prevention by Abolishing Tax-Related Incentives for Offshore Tenancy." Here's how our libertarian friend Wendy McElroy summed it up in a recent article:

The Ex-PATRIOT Act seeks to impose a perpetual exit tax and a re-entry ban on "specified expatriates." A specified expat is anyone with a net worth of at least $2 million or a tax liability averaging at least $148,000 over the last 5 years. A renunciation of citizenship would be automatically viewed as a tax dodge. The person would need to prove his innocence to the IRS to become exempt from a permanent and annual 30% tax on all earnings from U.S. investments. The net worth level at which the tax triggered would undoubtedly sink over time and, perhaps, quickly so.

(Even the Nazis were not so extreme. Until 1941, the third Reich used the Reichsfluchtsteuer (Reich Flight Tax) to charge emigrating Jews a one-time 25 percent exit tax. Schumer wants 30% in perpetuity.)

The Ex-PATRIOT Act would also ban "former citizens" from U.S. soil unless he received a waiver. The waiver requirements are to be determined at a later date. Current expats have no legal right to return, but they are rarely banned from doing so.

The Act was introduced in May 2012 by Senator Charles Schumer (D-NY), read twice, and referred to the Senate Committee on Finance. It is likely to pass in 2013.

Here's the history, according to Wikipedia:

It was sponsored by Chuck Schumer (D-New York) with initial co-sponsors Bob Casey, Jr. (D-Pennsylvania), Richard Blumenthal (D-Connecticut), and Tom Harkin (D-Iowa). It was introduced on May 17, 2012 and referred to the Senate Committee on Finance, of which Schumer is a member (on the Subcommittee on Taxation and IRS Oversight, among other subcommittees). Schumer's fellow Subcommittee on Taxation and IRS Oversight member Ben Cardin (D-Maryland) joined as an additional co-sponsor on May 23.

The introduction of the Ex-PATRIOT Act was motivated by the news that Facebook co-founder Eduardo Saverin had renounced his U.S. citizenship. Saverin, a native of Brazil, lived in the U.S. from 1992 to 2009 before moving to Singapore. While living in Singapore, he continued to pay U.S. taxes, as the U.S. is one of the only countries which imposes tax on non-resident citizens.

On June 12, 2013, Casey moved Senate Amendment 1252 to the Border Security, Economic Opportunity, and Immigration Modernization Act of 2013, a major immigration reform bill. His co-sponsors for the amendment were Schumer and Jack Reed (D-RI). The text of the amendment was identical to that of Schumer's Ex-PATRIOT Act the previous year.

The immigration reform bill passed the Senate on June 27, 2013 without the inclusion of Casey's amendment.

The bill seems to remain in limbo, though not for lack of trying. And here's a clue as to why these senators are so determined to put this idea into law: According to "Atlantic Wire," the number of Mexican immigrants coming to the US has diminished by 80 percent while the number of US citizens seeking to go to Mexico has climbed substantially.

And according to RT in 2011, the US State Department reported that around 6.4 million Americans are either working or studying overseas, "which Gallup says is the largest number ever for such statistic."

For 200 years people desperately wanted to come to the US. Now millions are leaving. That's certainly a commentary on the increasingly hyper-regulatory surveillance state that the US is becoming.

But there's more. Here's the news I referred to at the beginning of the article.

According to a reliable source we know, US intel has apparently made a determination that those who submit their names for background checks will not get their results if it is known they are seeking to emigrate for good and especially, perhaps, for tax purposes.

Since almost every US citizen seeking overseas status for residency or citizenship purposes has to file with the US in order for their paperwork to move ahead, this policy of non-cooperation, if indeed it exists, would probably interfere with a good many plans.

Additionally, as such a policy would likely not be written down, it would be very hard to establish the applicability of the policy short of a massive civil suit. There can be no doubt that US officials are determined to staunch the flow of those who wish to exit the US, and even more importantly, they are set on reducing the flow of potential tax revenue abroad.

This is especially ironic because current central banking policy is exceptionally expansive and the Fed could surely fund the trillions that the government now collects from US citizens.

Taxation in the 21st century has become an increasingly aggressive weapon for the regulatory state. Whether it is attacks on tax havens or efforts to apply a national tax system globally, taxes are obviously top of mind for Western authorities. The US is at the forefront in this regard.

As taxes are homogenized and extracted efficiently, even ruthlessly, around the world, one could argue that there is a seamless, global tax system being prepared. At the very least, taxes are increasingly being used as a weapon of control and an effort to reduce expatriation.