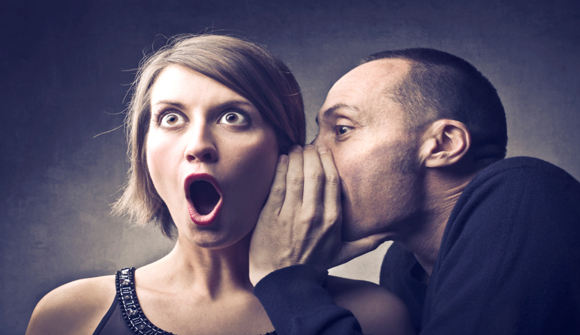 Asset Protection Strategies, EDITORIAL
IRS Scandal: What Does the US Congress Expect?
By Anthony Wile - May 11, 2013

The IRS has been targeting US constitutionalists for further scrutiny by tagging certain names.

This is a big deal. Unlike other IRS problems throughout the years, this one features not just individual "enemies" but also a broad cross section of US citizens that are concerned about the growing unconstitutional actions of their government.

Police violence against citizens is growing in the US but too often the police are not held accountable. Various "takings" and other forms of financial corruption are practiced by local, state and even federal authorities without significant redress. And at the federal level, military policing is expanding dramatically.

This has given rise to citizen concern and organized efforts to moderate what appears to be a significant and concerning authoritarian trend. And as groups are formed to organize citizen-voices, the IRS receives paperwork having to do with awarding non-profit status … perfectly understandable and legal requests.

But instead of treating those requests in an unbiased manner, IRS officials began tracking them and slowed up decision-making on them, as well. This cuts to the heart of the US demos, and the idea that people should be treated equally within the context of government and law enforcement.

I started this editorial yesterday, and by this morning – Saturday – the story had blown up into the featured headline on Drudge with numerous cites throughout the Internet. IRS damage control doesn't seem to be very effective at the moment, as articles portray IRS execs as being evasive rather than forthcoming.

The IRS is so large, has so many layers of bureaucracy that its internal workings are not in the least transparent. Chances are a policy like this came from the very top, not even from the IRS itself but even from the Obama administration that has battled concerns over perceptions that its legislative agenda ran counter to accepted constitutional interpretations and was basically socialist at its core.

Obama himself is evidently thin-skinned and his administration, like others before it, obviously sees its mandate not only as implementing chosen policies but battling those in the general populace who would oppose those policies via extra-political means.

Within this context, employing the IRS as a weapon against perceived enemies seems eminently logical. After all, the Obama administration would not be the first to use the awesome power to tax as a strategic advantage.

Nonetheless, the fallout has been intense. Here's how CNBC reported on it:

Republican lawmakers blasted the Internal Revenue Service on Friday after a top IRS official apologized for "inappropriate" targeting by the agency of applications for tax-exempt status from conservative political groups. In a practice that conservatives complained about during the 2012 election campaign, organizations that used the words "patriots" or "Tea Party" in their tax-exempt status filings were flagged by the IRS for further review.

Lois Lerner, director of the IRS tax-exempt office, said the practice "was absolutely incorrect and it was inappropriate." Speaking at an American Bar Association conference in Washington, Lerner said, "We would like to apologize for that." None of the groups that were given extra scrutiny have been rejected yet for tax-exempt status, she said.

Lerner said the screening process was "absolutely not" influenced by anyone in the Obama administration. Senate Republican Leader Mitch McConnell immediately called for a White House review to assure that "thuggish practices" were not being used by the government against Americans.

House Oversight and Government Reform Committee Chairman Darrell Issa, who earlier called for the IRS inspector general to look into allegations, said his committee will "aggressively follow up … and hold responsible officials accountable."

Republican Senator Rob Portman in a statement accused the IRS of "overt and excessive harassment of groups targeted for their political beliefs" and urged "additional safeguards … to prevent this obtrusive behavior in the future."

Congressmen, especially GOP congressmen, are obviously upset. "I will be discussing this further with the head of the IRS and expect a full briefing and report as to how this happened," said Republican Senator Orrin Hatch in a statement.

Hatch may indeed pursue the issue in a serious manner. But it probably won't make much of a difference. The institutional momentum of the IRS is such that nothing but a fundamental reorganization of its mission and goals will begin to rectify the problems.

Start with the tax system itself, which is based on force. Defenders like to maintain that the US system is "voluntary" but really it is only the reporting that is in a sense voluntary. The larger trouble with the current tax system in the US, and elsewhere in the West, as well, is that it keeps getting bigger.

Even though progressive tax – graduated – codes are regularly targeted by politicians as overly complex and even indecipherable, nothing ever seems to change. In fact, in the US especially, the IRS continues to gain more power and more responsibility.

These days, the US legislative system is trying to require foreign banks to honor US systemic collections overseas. Non-US banks have not been cooperating but this has not lessened the IRS's zeal to implement more globalized tax collecting and withholding.

One can focus on the IRS as the proximate cause of these overzealous attempts to inflict the US's version of a progressive tax system on the rest of the world. But really, the larger US legislative agenda must shoulder the blame.

The US Congress is inevitably an active one. While one could argue that within the modern central banking context taxes are no longer necessary – as government can print all the money it needs and supposedly withdraw it from the system at the right time – legislative activism requires funding.

If Hatch and the Republicans were serious about IRS abuse, they would drastically reduce the amount of legislation coming out of Washington and try to seriously reduce the price tag, as well.

Over the next days and weeks, we may read and watch a good a deal more on this particular issue regarding the IRS but it is the US legislative system and Congress that is ultimately responsible for what the IRS has become.

Hatch and the others will no doubt continue to point fingers and make accusations, valid or not.

But they should reverse the direction of the finger pointing.