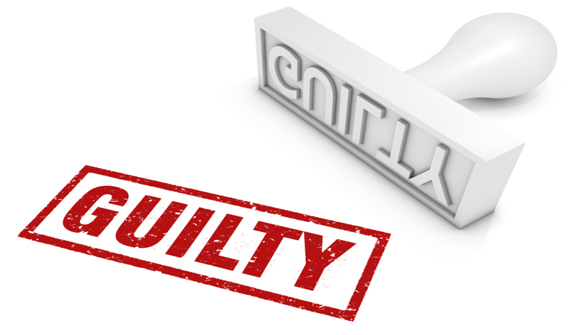 Here at The Daily Bell we've always maintained that the dominant social theme of Western "justice" would be the last to tumble because it is bound to be ferociously defended.

But just as many others memes have been debunked with startling speed over the past decade, so the meme of Western "public" justice is coming under significant attack sooner than might have been expected.

The power elite uses fear-based promotions to drive people into giving up power and wealth to specially prepared globalist solutions. In the 20th century this worked very well because no one had a way of exposing the mechanism. In the 21st century these manipulations have been thoroughly documented.

For the elites who apparently want to run the world, this exposure is a nightmare and "reading between the lines" one can see how violently they've reacted to maintain control.

They've actually used three tools to substitute for their failing dominant social themes. The first is war, the second is economic chaos and the third is increasingly authoritarian legislation and the military and civilian policing that comes with it.

Nowhere has this "amped up" approach to criminal and civilian justice become more apparent than in America. Pre-Civil War America was a place of great freedom that spawned wonderful writers, poets and industrial and scientific ingenuity.

Gold and silver were freely traded and people lived and worked together without a single regulation of any seriousness. In fact, the idea of "government regulation" would not even have been comprehended in that day.

Today's militarized and regulated America would have seemed like a nightmare to pre-Civil War citizens. And one of the most disturbing trends would likely have been seen as the ability for "authorities" to act on suspicions of guilt by taking Draconian actions before a trial has taken place.

We can see this most recently and egregiously in the case of Kim Dotcom, which we've written about extensively. We can also see this same approach taken in an entirely different set of circumstances with cyclist Lance Armstrong. More on Armstrong below.

Kim Dotcom, of course, was raided by the US FBI in New Zealand where he'd traveled to ensure that a good deal of distance was put between him and various Western authorities and others who found his Megauploads company to be a significant irritant.

Eventually, it was determined by powerful people in the US that Megauploads was trading in copyrighted material and Dotcom's mansion was raided and he was sent to jail. His company was shut down and its assets were seized along with his funds.

All of this happened BEFORE Dotcom was given his day in court. Effectively, he was ruined without a single exposure to the system of justice as it is supposed to operate in New Zealand or the US.

We see the same sort of operative tact at work with Armstrong. Over at the Washington Post (surprisingly) we find a column by Sally Jenkins that sums up what happened to Armstrong this past week.

USADA says Armstrong will be banned from cycling: The U.S. Anti-Doping Agency says it will recommend that Lance Armstrong be stripped of his titles …

First of all, Lance Armstrong is a good man. There's nothing that I can learn about him short of murder that would alter my opinion on that.

Second, I don't know if he's telling the truth when he insists he didn't use performance-enhancing drugs in the Tour de France — never have known. I do know that he beat cancer fair and square, that he's not the mastermind criminal the U.S. Anti-Doping Agency makes him out to be, and that the process of stripping him of his titles reeks.

A federal judge wrote last week, "USADA's conduct raises serious questions about whether its real interest in charging Armstrong is to combat doping, or if it is acting according to less noble motives." You don't say. Then when is a judge, or better yet Congress, going to do something about it?

Quite independently of Lance, with whom I wrote two books, for a long, long time I've had serious doubts about the motives, efficiency and wisdom of these "doping" investigations …

I have so many problems with USADA, the World Anti-Doping Agency and the Court of Arbitration for Sport (CAS) — which is supposed to be where athletes can appeal, only they never, ever win — that it's hard to know where to begin. American athletes have lost 58 of 60 cases before the CAS. Would you want to go before that court?

Anyone who thinks an athlete has a fair shot in front of CAS should review the Alberto Contador case. Contador was found to have a minuscule, insignificant amount of clenbuterol in his urine during the 2010 Tour de France. After hearing 4,000 pages of testimony and debate, CAS acknowledged that the substance was too small to have been performance-enhancing and that its ingestion was almost certainly unintentional.

Therefore he was guilty. He received a two-year ban.

CAS's rationale? "There is no reason to exonerate the athlete so the ban is two years," one member of the panel said.

Would you want to go before that court?

This powerful sports body and others like it have pursued Armstrong for some 15 years even though he was NEVER caught using any kind of drug or steroid that would affect his performance.

Presumably, Armstrong underwent thousands, or at least hundreds, of tests during this time. But an alphabet directory of sports authorities kept hounding him anyway, bringing investigation after investigation.

This time, the USADA claims to have the goods on Armstrong via teammates and others who have testified against him. But bicycling is a hierarchical sport and who is to say these individuals are not just jealous of Armstrong's success and how they had to subordinate their own careers to his?

Purely because "they" have decided to investigate again, Armstrong is faced with another open-ended investigation for which he would have to pay without any chance of reimbursement within a system clearly designed to support the regulatory authorities.

Their rules, their taxpayer-funded pocketbook, their system, their judgment as to whether the accusations warrant further investigation. The two cases are dissimilar but in many ways are much the same. The authorities make up their minds and impose harsh economic and legal conditions that basically punish the individual even before trial.

In my humble estimation, none of this is by accident. The powers-that-be are desperate. The West's judicial system is to be seen as defunct. It's simply another form of intimidation.

But this too shall pass; the future of the state in the 21st century may not be one of global government but of the crack-up of this sort of authoritarian approach. The Internet Reformation is a process not an episode.