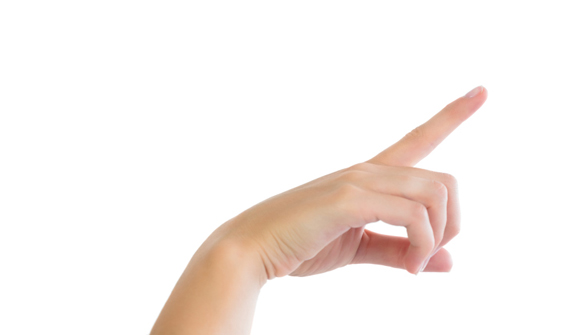 We received a YouTube video address from a friend of the Daily Bell, and the power elite meme popped right out.

At the end of this article, I'll provide a video address, so you can see for yourself how Nancy Grace positions this particular analysis of "justice."

We've written in the past about how gold and silver confiscation might take place if the price becomes intolerably high from the point of view of the power elites that want to remain in control of central banking and fiat money.

The chances are slim but the possibility remains. When we hear outrageous rhetoric like this, I think we should point it out.

Nancy Grace is generally worth commenting on once in a while because she is a prime purveyor of the system as it is. Like CNN itself (where she is based), Nancy Grace perceives a system that supports her commentary rather than one needing a corrective.

In this video, she lambasts gold buyers in the US as if it is a loony thing to buy gold and take delivery. In doing so, she ignores gold's rising price; the value of the yellow metal has expanded tenfold in about a decade.

Better to ask why people have NOT bought gold and silver than to ask why they've purchased it. But Nancy Grace is no contrarian. Her tendency to stick to the modern narrative is what's got her the program in the first place.

She can be counted on to present the establishment's point of view no matter what. And she does. Her perspectives on gold and on the US justice system are similar. It is instructive to focus on each.

In fact, the US system of justice went off the rails a long time ago. There are some seven million people incarcerated in the US Gulag, many for offenses as trivial as taking "illegal" substances. Others for ill-defined white collar "crimes."

As the US system becomes increasingly privatized, those within the system are increasingly being coerced into working for low pay or no pay on a variety of for-profit projects.

This represents slave labor of the type for which the Chinese have rightly received a bad reputation. With its increasing reputation for torture, violence and decades'-long sentences for minor infractions, the US jurisprudence system can be seen as out-of-control in most of the ways that matter.

For Nancy Grace and others like her, there are no shades of gray when it comes to the system, however. For Grace, in fact, the problems with the justice system have more to do merely with its LACK of results.

Grace will spend hours on a controversial case lambasting the authorities over a perceived lack of competence. Rarely does it seem to occur to her that a "perp" is innocent until proven guilty. This video is a perfect example of the preconceived ideas that Nancy Grace has about justice and where it ought to be applied.

The case in question has to do with a chief pathologist who was found murdered in his dining room. The violence of the case disturbs Nancy Grace, but what really sets her off, at least in the video, is the idea that the plastic surgeon who was accused of the murder apparently paid a man three silver bars "to kill the doctor who was dating his ex-girlfriend."

The surgeon in question is Dr. Thomas Dixon, who has now been charged with first-degree murder. Here's some more from an article on the subject that appears on Grace's website:

Police say a West Texas plastic surgeon paid another man three silver bars worth approximately $9,000 to kill another doctor who was dating his ex-girlfriend, according to an arrest affidavit.

On July 11, police received a frantic 911 call from a female landscaper of Dr. Joseph Sonnier who said somebody had broken a window in the back of the doctor's home, and he had not shown up for work that day. "I need somebody to hurry! One of his co-workers was in the house and he said it's not good," she told the 911 dispatcher.

Investigators say when they entered the home they found the 57-year-old doctor shot and stabbed to death, according to the arrest affidavit. There was a broken window.

The entire plot reportedly unraveled during police interviews with Dr. Sonnier's colleagues, the woman he was dating, and the alleged hit-man's roommate.

Dr. Sonnier's girlfriend told police that Dr. Thomas Michael Dixon was her ex-boyfriend and he "insisted on still seeing her, even though she was dating Dr. Sonnier," the affidavit alleges. Investigators interviewed a co-worker of Dr. Sonnier who told them Dr. Sonnier complained that his girlfriend's ex-boyfriend "would not leave her alone."

Police discovered through an online database that a man named David Shepard had sold a 100 ounce bar of silver at an Amarillo pawn shop for $2,750 two days before Father's Day on June 15, according to the affidavit.

There's the crux of the matter, from what I can tell: A breakthrough in the case was created when the police made a discovery through an online database about the sale of a 100-ounce bar of silver.

This was what led the police to the alleged murderer, Shepard. Apparently, at some point Shepard began confiding to a roommate about payments he'd received in silver from Dr. Dixon – payments for murder.

Eventually, Shepard broke into Dr. Sonnier's home and shot him with a gun also provided by Dixon. In total, the murder was apparently funded by three bars of silver, each worth about US$3,000.

Dr. Dixon and Shepard were both charged with one count of first-degree murder, though Lubbock Police Capt. John Caspell said at a press conference Monday there is a possibility that additional charges could be filed. They are both being held on $10 million bonds.

Now, in a murder like this one clearly has to feel sorry for the victim. At the same time, one might have difficulty with the way that Nancy Grace seemingly politicizes her commentary by portraying gold buyers as loony loners.

You rarely get to hear such a clear enunciation of power-elite dominant social themes as you do here:

"I love gold. And he gets it in his head that he has time to order silver bullion. But who has bullion sitting in their house? A lot of rich white guys … no life, no responsibilities … A lonely rich white guy without a family and kids running around to divert his attention, without a girlfriend to say get off the Internet and stop watching cable TV …

"No, he's watching cable TV and he probably sees that commercial about buying gold for Pete's sake! … And now we find a hit man who's obviously been paid with silver bullion …"

One wants to stop her at this point to explain that gold doesn't kill – people do. Same thing with guns. A gun has never pulled a trigger … only a person can do that.

But Grace doesn't do nuance very well. Whether she's analyzing a case or lambasting gold buyers, her shtick is predictable. She accepts the current narrative without question.

And this is just what the powers-that-be will do if they decide to try to confiscate gold. They won't seek to counteract its efficacy as a store of value. They'll simply demonize it as an adjunct to criminality.

Final note: Confiscation of gold is not likely at this juncture, though it cannot be ruled out … The chances of full-scale gold or silver confiscation are certainly slim, given the amount of exposure both professional and private investors have to precious metals. Nonetheless, it cannot be ruled out. The way to secure one's resources, then, are via diversification and even, perhaps, overseas ownership. If you own physical gold or silver, take delivery of some gold as well. Keep your assets close and make sure they are well distributed. When rhetoric like Grace's occurs, point it out! As with gun confiscation, speaking up is the first step to retaining our rights. Maybe she'll hear from you?