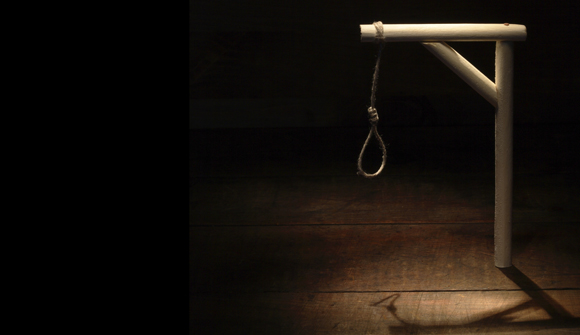 Asset Protection Strategies, EDITORIAL
Offshore Banking and the Shadow of the Gallows …
By Anthony Wile - April 06, 2013

Is it over? This is an issue I want to address today because it has not been adequately reported by the mainstream media.

Listen closely and you will hear shrieks of silent, psychic pain emanating from luxurious apartments and boardrooms around the world. The wealthy have suddenly woken up after Cyprus and realized their world has irretrievably changed.

Good on them, eh? In a sense, it could not have happened to a more deserving class of people. These lawyers, accountants, doctors and businesspeople are the types that have donated to those who have now purchased the rope to hang them. The regulatory democracy they have helped create is now taking dead aim at their fortunes and lifestyles.

How many parties and dinner events did they go to over the years, raising money for the political machine that is now insisting on repatriating wealth around the world? The game was simple enough, of course. Pretend that your government and its myriad, increasing regulations and taxation were both fair and appropriate.

Each needed to pay his "fair share" and many upstanding and wealthy citizens thoroughly endorsed such concepts – even while squirreling millions away in various offshore venues. The rules, it turns out, were being made for the "little people" who were to pay the taxes and obey the regulations that the wealthy could afford to disregard.

But not anymore. Shockingly, and all over the world, the shadow of the gallows has fallen. People are faced with a choice: Repatriate with all the uncertainty and potential humiliation it entails or ignore the demands and face similar consequences.

In Cyprus, wealthy (mostly Russian) depositors are finding up to 80 percent of their accounts are being frozen. Russia's Vladimir Putin was asked to intercede and his answer came soon enough in the form of a statement reminding Russians to repatriate their offshore holdings while there was still time.

Most recently, it's been widely circulated that investigative journalists are poring over 120,000 names of offshore accountholders with huge unreported holdings. If they are lucky, some of these people may get a chance to repatriate their holdings. If they are unlucky, they will be taxed on these holdings and face civil or even criminal penalties.

Many will not be able to utilize their resources in their own defence, however, as panicked bankers will have frozen them because of sudden questions over "propriety." This is only the tip of the proverbial iceberg, however.

In Switzerland itself – in Zurich, that urban fortress of private banking – accounts are being frozen because bank officers have "questions." As well as in other less well-known European banking havens. The amounts can be quite large and the relationships may be quite extensive but it doesn't matter. Fear has overtaken any mitigating factors.

Again, I want to be sure people understand. All around the world this is going on. It is as if the Cyprus incident merely provided us with the sound of a starter's pistol and now the race is on.

There are those who will maintain this is simply coincidence, a fashion of the times. Officials in one nation see others adopting these stances and then adopt them themselves. Do you think so, too? I don't. In concert, in virtual lockstep, European nations turn out to have repatriation programs and … amnesties. They are being implemented now. All at once. Now suddenly, there is nowhere to run, nowhere to hide.

There is no middle ground. Germany is paying millions to whistleblowers to encourage people to come forward with lists of those who hold money outside of the country.

No matter … no one is going to complain. The wholesale revelations may be shocking and even criminal but few if any with offshore accounts are in a position to confront their governments or banks within the context of litigation. There are so many rules and reporting requirements that almost anyone with offshore money has done something "wrong."

Here we see, as well, the diabolical effectiveness of the Occupy Wall Street movement and its war on "the one percent." For several years now, with increasing stridency, it has been pointed out that a tiny, wealthy group of individuals has illegally amassed wealth from various activities that might be considered criminal but has gone unpunished.

Here at The Daily Bell we've done our best to expose this fiction, pointing out that such a focus is the rankest kind of envy and psychic manipulation. The West's problem is not a "wealthy" individual with five or ten million in a bank in Bermuda but a tiny handful of super-rich who control trillions via central banking around the world and foment the worst kind of hyper-aggressive regulatory democracy to ensure their control remains in place.

These super-wealthy will not be touched, of course, by this latest eruption of fiscal probity. It is perfectly feasible to build offshore banks if one has the wherewithal and is protected by a vast interconnecting web of global tax treaties and other regulations that ensure these banks are advantaged in numerous ways.

It is still perfectly possible to retain anonymity, pay little if any tax and move one's funds around with the assurance of liquidity. But one has to own a bank to do so. And governments may require up to half a billion dollars now for the privilege of forming such an entity. Exclusivity has its price.

Get rid of monopoly central banking and society will immediately become more equitable and income disparities will begin to reduce. But Occupy Wall Street's rhetoric has pushed people and their perceptions in an opposite direction. The "rich" are considered to be a problem, even though there is considerable evidence that the super-rich such as George Soros – working in the employ of even more powerful persons – are helping to fund and organize the movement.

The idea, as always, is to divert blame from the system and the handful of impossibly wealthy families and individuals who have set up the current global banking system. Wall Street is to be blamed. The "one percent" is to be blamed, even if it is clear that the problem is systemic and has to do more with mercantilism than individual offshore accounts.

But it is these balances that are being attacked now, and with concerted viciousness. The money in these accounts often circulates freely with positive effects both regionally and internationally. Those with this kind of offshore money put it to work in a variety of creative endeavors.

That is ending. The velocity of this money will slow to a crawl, or worse. It will limp home, to be attacked, attached, taxed or simply frozen and then confiscated. Whatever is bad about the current economic situation is about to become a lot worse – unless you believe that government is an efficient holder and circulator of monetary resources. And the track record here is not encouraging, unfortunately.

No matter. Suddenly, an amazing amount of information about international tax haven accounts is surfacing, abetted by such entities as suspicious Washington, DC based "charitable good doer investigative analysts" suddenly crusading for offshore money … which is assumed to be illegal even if it is not.? (See "Leaks reveal secrets of the rich who hide cash offshore.")

Again, the timing of this is quite interesting when viewed in totality. Think about the trust that people have placed in "other" governments as a means of escaping the tyranny of their own. Always foolish to trust government, which moves to its own internal rhythms (and is currently desperate for revenue). The Swiss People's Party recently got over 100,000 votes for a referendum on gold backing the franc and reversing the damage done by the Swiss when they joined the International Monetary Fund – which demanded that the Swiss delink their currency from that barbarous relic, gold.

Well, here is a question: Do you really think the Swiss are willing to pay for the conduct of UBS and Credit Suisse as exposed internationally over the past several years? The answer is NO. So who will pay? Foreign account holders in Switzerland, perhaps. It is very clear. Switzerland has the potential to be Cyprus but on a vast scale.

Ask yourself, where will the gold come from to back the Swiss franc once again should the current referendum win? How about an indirect wealth tax on foreign accounts? How about simply freezing those accounts without remitting the proceeds? The Swiss are no different than any other people. With sufficient provocation and means, even the most proper of bankers will give in to the temptation of confiscation. It's happened before. Capital is under attack. Switzerland is a banking center FOR offshore structure destinations. The Swiss DEPEND on the structuring capabilities of other entities and regions, then provide the services needed. But that is ending now. The game is dying.

Offshore privacy, and liberty along with it? These services are presumed illegal, but often they are not. No matter … How long before the British Government, which has lent billions to the Cayman Islands, will ask for that cash back? How else will they get it? Not from a real estate tax because the only possible future for the Caymans is as a tourist destination and real estate taxes cannot thus be raised. The same goes for the rest of the British Commonwealth countries. The world as we know it is going to suffer under this new future. Investments will dry up. The large Dutch bank ABN Ambro recently announced that it would no longer honor customer requests for the delivery of the precious metals it was holding on heir behalf. No physical delivery!

Last month the CRA (Canadian Revenue Agency) announced a 15% commission to anyone who provided information on illegal offshore accounts. Canada is moving from a nation of frontiersmen to a nation of "snitches." US officials are doing the same sort of thing.

It is like a Swiss watch, with all the pieces falling exactly into place to create a mechanism of exquisite functionality … and brutality. The end loser is the economy itself and many of its most productive and entrepreneurial citizens.

These individuals – many of them – didn't wish to steal but simply to avoid the repressiveness of their own bureaucracies (which admittedly they helped to put in place).

Now as a result of this sudden, concerted attack, a great deal of money will flow back to governments around the world involved in these policies. The governments themselves with their bounties and other actions are engaging in a kind of criminality but government makes the rules and assesses the blame.

One needn't talk about world government hypothetically anymore. It's arrived.