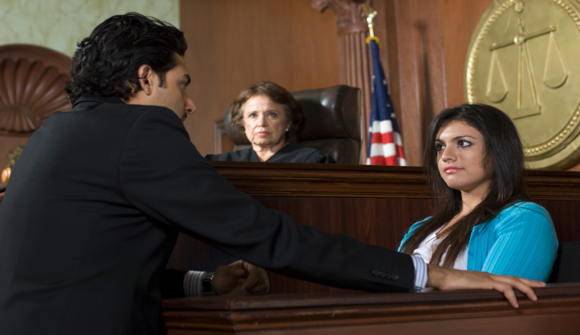 With the attacks on Internet websites Megaupload and Bodog we find what we call the Internet Reformation is providing us with a good look at the evolving face of Western-style civil and criminal justice.

Kim Dotcom, the founder of Megaupload, a file-sharing facility, and Calvin Ayre, the founder of 'Net gambling operation Bodog, have both been indicted by federal prosecutors.

There are other prosecutions on the way, apparently, that are even more tenuous than the ones leveled at Megaupload and Bodog. But no doubt they will be pushed forward as well.

The attack on Bodog is sad for me personally as I know Calvin Ayre and have admired him as a courageous entrepreneur – someone who has created new business models using the power of the 'Net.

Sure, his businesses involved gaming and sports contests but he didn't coerce anyone into participating. He offered a service – as a technology pioneer – and people spent their money willingly. This is not the mark of a criminal enterprise. And yet US officials want to arrest him.

We've predicted this for a long time, here at the Daily Bell. As the Internet Reformation gathers force (as it is, in my opinion), those who oppose it and want to sustain the status quo are using increasingly obvious methods of repression.

They are being forced to show their collective hand, in other words, because technology is overwhelming their previous methodologies of control. One of the basic methods of control has to do with what we call elite dominant social themes, the fear-based promotions that frighten people into giving up wealth and power to global enterprises.

But these promotions are seemingly foundering now as the Internet exposes them one by one. Global warming, the European Union, central banking, mass vaccination campaigns, "Peak Oil," electric cars – one by one the themes and sub themes of the power elite have come under serious attack.

The result has been a forcible return to authoritarianism. If people cannot be scared into willingly complying with a New World Order, then they will be FORCED into compliance.

This is just what happened after the Gutenberg Press began to have an impact in Europe. People began to find out the way THEIR world Really Worked and the result was the emergent Renaissance.

Now, people can make the argument that the Renaissance and the Gutenberg Press were two entirely distinct and separate evolutions but I would argue that to view them discretely is a mistake.

There may have been certain evolutions leading to the Renaissance that were not directly involved with the dissemination of mass-produced information but obviously, the one was influenced by the other. The result was two-fold. People became aware, increasingly, of their manipulation, and the power elite of the day – uncomfortable with this growing knowledge base – struck back as best it could.

Two of the tools that the elites used at the time were wars and legal maneuvers. There were so many wars, in fact, that eventually the Treaty of Westphalia was convened to try to stop them.

At the same time, the doctrine of copyright was developed and propagated. Copyright, especially, was intended to stop the free-flow of information and to make both books and periodicals more expensive and thus less apt to be purchased by the "masses."

Now, granted, this is a particular point of view. Another one is that the past 1,000 years have simply marked the ascension of one ethnic type at the expense of others – the Dark Forces, so to speak, at the expense of the Good.

But that seems a bit simplistic to me – blaming one group alone for history's complexity and leaving aside other equally important forces. To be clear: It seems the Gutenberg press threatened the elites of the day, and, partially anyway, they responded as best they could.

The Reformation and Glorious Revolution did not arise in a vacuum. No matter how manipulated they were initially by a power elite desperate to retain its influence, the ramifications ultimately seem to have outrun the intentions of the founders.

In other words, once launched, these socio-political occurrences had ramifications far beyond what was perhaps planned. And in my view they were likely launched to help blunt the impacts of the Gutenberg Press itself.

We can arrive at this conclusion simply by asking if those who may have been behind the Reformation intended that the schism create the New World (and eventually the United States) with a thousand thriving, separate sects.

The answer is, of course, no. The elites did not foresee all that came from their maneuverings – nor do they ever.

It may be argued that they are "in charge." But anyone following what has occurred in the past ten years would have to come to a different conclusion. There are distinctly "reactive" elements involved. Anyone with an open mind can see them.

As it is today, so it likely was then. Whatever the reasons for the Reformation and events like the Glorious Revolution, one can see from today's vantage point that they were probably a reaction, at least in part, to the advent of increasingly available information via books and periodicals, courtesy of the Gutenberg Press.

And the reaction is continuing. Watch as the Motion Picture Association of America, having successfully targeted Megaupload, is now taking aim at a company called Hotfile. In fact, the MPAA has filed a lawsuit against Hotfile and recently filed for summary judgment as well. Here's how Techdirt described the argument:

The more you read, the more you shake your head. The MPAA's circular arguments can basically be summarized as "We shall prove that this tool is illegal. Exhibit A: People use this illegal tool." Very large segments of the motion are basically this tautology over and over again. "Oh my goodness, this is illegal, and our proof is that it's designed so people use it!"

For example, the motion focuses on Hotfile's affiliate program for uploaders, which is quite similar to Megaupload's. However, the MPAA interprets this in a bizarre way suggesting that it was designed to encourage infringement. Why? Because it was designed to encourage usage. Really. The affiliate program pays people more if more of their content is downloaded. According to the MPAA that alone is evidence of encouraging infringement.

That seems crazy. As we pointed out, plenty of artists used such services themselves to distribute their own works free to consumers, while still getting paid for it at the same time. This is a business model that cuts out the legacy gatekeepers … but does that make it against the law? In the eyes of the MPAA, absolutely.

It is this sort of abuse of power and legal authority that marks the second stage of the elites' battle against the Internet Reformation. But history tells us that this stage, generally, was not especially successful.

It might, in fact, be compared to the migration of Protestant sects to the New World to escape prejudice and oppression. Migration need not be merely physical; it can be electronic, too. ABC News tells us that after the "take down [of] Megaupload, other file sharing sites will look for countries where they can base their websites and remain safely exempt from U.S. prosecution. A new file sharing site titled Anonyupload.com is purportedly based in Russia and the Ukraine. It is soliciting donations to buy servers and other equipment."

I don't know what will happen to my friend Calvin but I do know that what he's done is NOT illegal in many countries and that his business continues to operate outside the US – as do others of the same kind.

Such actions are surely not winning the US any friends and may eventually cause a backlash. That's something the MPAA ought to be worried about, even if it isn't.

It took the elites a number of centuries to control the damage done by the Gutenberg Press. These massive technological changes are not merely dealt with by flicking a "kill switch."

The Internet, as we often point out, is a process not an episode. Many of its ramifications are yet to unfold. Simply making up new criminal law and trying to arrest people will not likely stem the tide, or not in the short run.

In the long run, technology will evolve along with "law." The idea that the elites can simply shut down the free-flow of information now that they've put their collective mind to it is doubtful, from my point of view, and perhaps even simplistic.

So what's the "real reason" for this outright attack on business and entrepreneurial freedom? The elites want to control information and make sure that gambling, which is a most prosperous business, is kept as much as possible under government purview.

The power elite isn't using legal force on a whim. I would argue the escalations they have made recently provide us with insights into their collective psyche. And I would argue what we can see there is … fear.