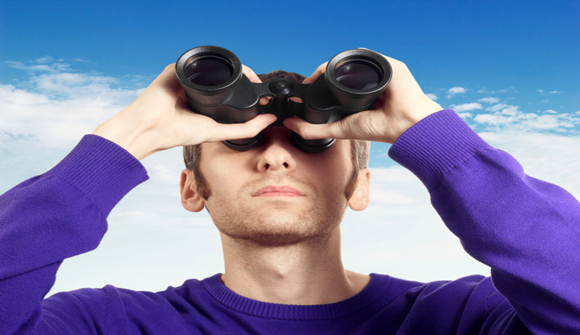 Over at The Atlantic, Zachary Karabell has discovered a double standard regarding corporate versus private "big data surveillance."

We're approaching the issue all wrong, he writes. We should not accept that the issue is American freedom versus potential Big Brother government tyranny.

What is really evident is that "we're willing to give private corporations data, but we refuse to offer government agencies the same courtesy. That contradiction highlights a muddled, overwrought and inconsistent attitude towards privacy and freedom."

Karabell believes that somehow there is a double standard preventing the culture at large from coming to appropriate conclusions about privacy issues within the context of government versus corporate spying. He believes that until this "schizophrenia" is resolved, there will be no closure regarding these issues and paranoia will reign. The implication is that too much of a fuss is being made over government spying.

None of this is new, by the way … or so we are informed. Privacy, we learn, has rarely existed in human history because humans lived in small communities in cramped living spaces. Today, he writes, times and mores have changed and people in the West expect more not less privacy in their lives. But this attitude does not necessarily extend to corporate America …

The most voracious collectors of information are not the U.S. government nor China. They are the companies doing business online. The metadata that the NSA wants is also metadata every marketer at every company wants. That makes the data collected online about each of us by companies every bit as intrusive as what the NSA collected. After all, some of the data the NSA collected came from companies such as Google and Facebook.

Those companies make their own use of the information, and retail companies make even more use of the "cookies" placed passively on our computers that allow for myriad ways to track purchases, which websites we visit and for how long. Many companies then sell that data to marketing firms that then sell their analysis of that data to other companies that want to sell to us. One of those firms, Acxiom, did more than $1 billion in revenue last year. Another company, Palantir, has been a rising star in selling its services to the U.S. government to assist the government in data mining.

Even companies that do not sell their data to third parties, Amazon especially, make intensive use of personal information in order to sell more effectively. Hence Amazon or Netflix and any number of social media sites being able to suggest to us "what we might like" based on their extensive database of what we have already liked and purchased and browsed.

Government's passive use of our data leads to apoplectic warnings of a surveillance state, Big Brother and the death of freedom and privacy. Corporate's active use of our data, however, seems to lead to a collective desire to share even more in order to help companies tailor their products and services evermore to our needs. …

But the level of corporate online intrusions into our private lives far surpasses anything government is doing in the United States. We allow that to be the case every time we shop online. Yet it is equally true that we "allow" the NSA to access our data because we voted for representatives who then authorized it. The difference is we seem to have buyer's remorse about government, and very little when it comes to companies.

But this is not exactly correct; nor does it explain fully what people fear or why.

People rightly perceive that government is behind the private sector's hyper-snooping − and they are aware, as well, that they have very little control over the "representatives" they voted into office. In fact, it could be said that government has created a pervasive culture of "capitalist casing."

It is government that has built back doors into every significant piece of software distributed in the West.

It is government, too, and government's top backers, that have created a spying culture that permeates Western technology. There is, in fact, a good deal more control over corporate America exercised at the top than we ordinarily want to admit. The article concludes as follows:

Privacy, therefore, isn't nearly as valuable to us as the current outcry over the NSA would suggest. Until we address our rather schizophrenic attitudes − take my data if you're Facebook; leave it alone if you're the government − we're unlikely to come up with coherent policies that draw those vital lines between security, privacy and freedom that we claim to hold so dear.

Yet the attitudes of consumers regarding privacy within a corporate setting and a government setting really are NOT schizophrenic. We've just reported on Mozilla's recent moves to create with other Silicon Valley titans, a government petition effort called "Stop Watching Us." You can read about it here:

The reason that Mozilla and other telecom companies have responded to current high profile snooping charges is because their businesses can suffer considerably. Of course, it doesn't help that Mozilla's largest client is apparently Google, which like other top telecoms actually has responded fairly enthusiastically behind the scenes to government demands.

Nonetheless, from a public perception standpoint, this is a "red line" that corporations do not want to cross: They will make every effort to pretend that they are fully functioning private entities putting consumers first when they are not, and cannot be within the current environment of terrorist fear and paranoia.

Second, there are legal remedies one can employ in the private sector, ones that are not so easily applied to government telecom aggression.

Finally, it is surely obvious that many of the private-sector abuses are encouraged, virtually demanded, by the snooping culture that Western governments have worked assiduously to instill in the private sector.

For all these reasons it is not schizophrenic to be more worried about government snooping than private snooping. Government has created an environment that gives permission to private sector snooping and at the very top coordinates policies of private and public spying.

This "culture of capitalist casing" has been cultivated by government and those who stand behind government and wish to use it for their own purposes. The entire system needs an airing out but it starts with Western governments' "war on terror" and the national security directives that make it easy for governments to bring pressure on the private sector to cooperate.

Bringing an end to this madness begins with holding public officials accountable. Do this, and private sector abuses will inevitably come to an end as such efforts evolve.