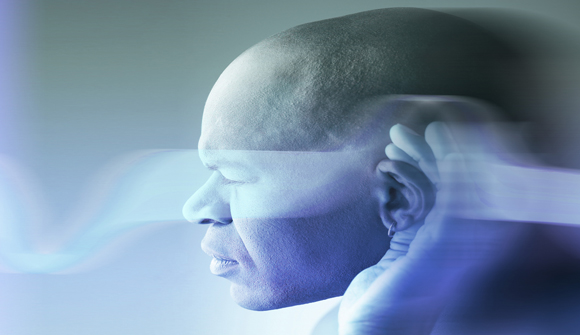 Events are speeding up in this Internet Era. Just as the Gutenberg press changed the landscape of its time via the Renaissance, Reformation and Enlightenment, so what we call the Internet Reformation has begun to reshape society significantly.

The just-completed Scottish referendum on secession is yet more evidence. It is hard to envision a vote like that taking place in the late 20th century. And the Scottish vote may only be the first of many, as there are other regions of Europe and the US where secessionist sentiments are powerfully rising.

In fact, Spain may be the next to grapple with secessionist issues. The Telegraph reports, "The Spanish government faces a major constitutional crisis in the coming weeks as Catalans set on breaking away from Spain push ahead for their own referendum on self-rule."

Artur Mas, the president of the Catalonia's regional government in Barcelona, insisted on Friday that the Catalans would fight the full weight of the Spanish state to hold their own "consultation" after the Scottish vote has "shown the way … My main commitment is to call, to organise and hold a referendum and let the Catalan people vote."

It's not just the Catalans, either. Spain is home to one of the oldest cultures in the world: the Basque. The Basque are also found in France and have been fighting for an independent state for centuries.

In the US, Reuters recently reported on a poll that found, incredibly, that one in four Americans support the secession of their state from the US.

"Some 23.9 percent of Americans polled from Aug. 23 through Sept. 16," according to Reuters, "said they strongly supported or tended to support the idea of their state breaking away, while 53.3 percent of the 8,952 respondents strongly opposed or tended to oppose the notion."

The urge to sever ties with Washington cuts across party lines and regions, though Republicans and residents of rural Western states are generally warmer to the idea than Democrats and Northeasterners, according to the poll.

Anger with President Barack Obama's handling of issues ranging from healthcare reform to the rise of Islamic State militants drives some of the feeling, with Republican respondents citing dissatisfaction with his administration as coloring their thinking.

But others said long-running Washington gridlock had prompted them to wonder if their states would be better off striking out on their own, a move no U.S. state has tried in the 150 years since the bloody Civil War that led to the end of slavery in the South. …

Falling public approval of the Obama administration, attention to the Scottish vote and the success of activists who accuse the U.S. government of overstepping its authority – such as the self-proclaimed militia members who flocked to Nevada's Bundy ranch earlier this year during a standoff over grazing rights – is driving up interest in secession, experts said.

"It seems to have heated up, especially since the election of President Obama," said Mordecai Lee, a professor of governmental affairs at the University of Wisconsin at Milwaukee, who has studied secessionist movements.

Republicans were more inclined to support the idea, with 29.7 percent favoring it compared with 21 percent of Democrats. Brittany Royal, a 31-year-old nurse from Wilkesboro, North Carolina, said anger over the "Obamacare" healthcare reform law made her wonder if her state would be better off on its own.

The last few paragraphs of this excerpt are important because they state specifically – unlike most mainstream reports – that people are dissatisfied with federal governance. The idea that issues of "freedom" and "federal control" are coming to the forefront again must be greeted with concern by US leaders who have structured current sociopolitical and economic paradigms.

Surely society's political and industrial leaders are growing nervous as well. Perhaps for this reason, we find reports like this one in the UK Telegraph: "Super-Rich Rush to Buy 'Italian Job'-Style Gold Bars." The article explains how wealthy individuals and families are purchasing gold bars of high purity worth over US$300,000 apiece. Sales of gold coins have risen as well.

One might think that the super wealthy would focus on the stock market, given the recent, explosive Alibaba IPO. Bloomberg reported on the reception of the IPO yesterday:

Alibaba Group Holding Ltd. surged in its U.S. trading debut, after the company raised a record-breaking $21.8 billion in an initial public offering. The Chinese company's shares rose 38 percent to $94 apiece as of 11:53 a.m. in New York, after the IPO was priced at $68. The e-commerce company, which started in 1999 with $60,000 cobbled together by founder Jack Ma, is now valued at $231.7 billion. That makes it larger than Amazon.com Inc. and EBay Inc. combined, and more valuable than all but 9 companies in the Standard & Poor's 500 Index.

But in fact, such hyperactivity may only increase nervousness and trepidation. The bottom line here has to do with excess. People are not comfortable with the larger political cultures that have been created for them. People can hardly restrain their greed, seeing the lucrative reception of big offerings like Alibaba. At the same time, the constant higher-highs are bound to be nerve-wracking for many who remember 2008, 2000, 1987, etc.

I would argue that people are experiencing a good deal of uncertainty as a result, and with good reason. And it seems to me, when it comes to investing, people ought to be especially careful – even though the kind of Wall Street Party now underway may not appear again in our lifetime if it manages to continue for several more years.

Additionally, some say gold may have bottomed out against the dollar and that these valuations may not come again, as both gold and silver are inevitably headed higher. Each of us, of course, must make up his own mind about how to react to current circumstances. But it is most important that we not look away, though that is often a temptation.

The forces that have been set in motion are not going to subside anytime soon and are going to have a continued impact on our lives – politically, socially and most importantly, economically. More than ever, we need to stay alert in these "interesting times" and pursue our enlightened self-interest in a judicious but direct manner.