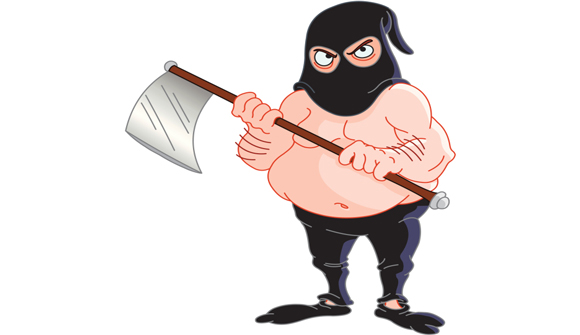 To say that regulatory democracy is out of control and doing more damage than good … well, that may be an understatement.

In this editorial I will examine a very disturbing recent situation in which the US Securities and Exchange Commission (SEC) has once again arrested, found guilty and executed a publicly traded opportunity – all without laying a single charge or any court appearances. And I ask you to think a bit about how this might feel. Personally speaking, I am all too aware of what this "process" is like and the destructive damage it causes … financially, maritally and socially.

I would like to discuss the SEC and its decision to impose a trading halt (essentially a death sentence) on Liberty Silver Corp. (TSX: LSL, OTCBB: LBSV). This from the LibertySilverCorp.com website sums up what just took place:

Liberty Silver was named in an Order of Suspension of Trading (the "Order") dated October 5, 2012 from the US Securities and Exchange Commission (the "SEC"). Pursuant to the Order, trading in the Company's securities is suspended from October 5, 2012 through October 18, 2012. According to the Order, the SEC states that, "It appears to the SEC that there is a lack of current and accurate information concerning the securities of Liberty Silver because of questions concerning publicly available information about Liberty Silver, the control of its stock, its market price, and trading in the stock."

So there you have it. The shares of the company were halted from trading for ten business days. Additionally, IIROC, Canada's regulatory counterpart to the SEC, imposed a trading halt – an action that provides us with further insight into the ever-centralizing power and control of US regulators.

How can any person with even a basic understanding of the principle of "innocent until proven guilty" endorse this kind of execution? No warrants. No court appearance. Nada! With a simple phone call an entire company and its shareholders lose all. Just like that.

Does that sound like justice or, perhaps, more like a totalitarian system? Guilty until proven innocent. The same thing just happened to Kim Dotcom in New Zealand where authorities shut down his billion dollar company and threw him in jail … all without a trial. In this case, shareholders should sue the regulatory authorities; doubtless there are regulations against that, too.

Now, I have heard firsthand from the regulators' own mouths that the SEC has to act fast to protect NEW investors from being harmed. This haste overwhelms every other consideration. Of course, the SEC was not so hasty with Bernie Madoff, who ran a series of misidentified (and empty) funds under their collective noses for 20 years.

The SEC had plenty of reason to know what Madoff was doing but he was one of their own, a "top man" who was also supportive of the regulatory regime via his involvement with the NASD hierarchy. But it didn't make any difference. Much of what the regulatory and criminal authorities do in this day and age is fairly indefensible.

Say you are a car mechanic. Isn't it your professional responsibility to find out everything you can about cars, to be the best mechanic you can be? But if you are an investment advisor and find out news about a company in advance of others, you may not be able to act on that news for fear it would be perceived as "insider trading."

The idea is that you will have an advantage over others but, in fact, this is why you are in business – to gain a competitive advantage. Goldman Sachs has plenty of advantages … from top minds to the computer power that engages them.

Of course, just as we've been predicting for years, the SEC is indeed beginning to crack down on computer power. Just a few days ago in an article entitled "To Regulate Rapid Traders, S.E.C. Turns to One of Them," the New York Times reported the SEC had initiated something called "Midas" … "part of a broader effort at the agency to monitor the proliferation of new technologies and to crack down on practices that have given sophisticated traders an advantage over ordinary investors."

You see? Soon the SEC will be regulating not just computers but computer power! People who have access to high-powered trading programs will end up licensed and supervised. If you trade with unauthorized or super-powered software or systems in an unlicensed environment you may end up in jail.

Kurt Vonnegut predicted the same sort of thing in his short story "Harrison Bergeron" way back in 1961. From Wikipedia: "The film takes place in a dystopian future in which the US government mandates total egalitarianism in all things, by having everyone attach wearable mind 'handicapping' devices to their heads and showing only mind numbing shows on TV."

The SEC's actions in this case – and many others like it – are similarly flawed. The SEC stated in its suspension order, "It appears to the SEC that there is a lack of current and accurate information …," yet without sufficient evidence to actually lay charges they nonetheless go ahead and destroy the company and its shareholders.

Witness the rapidity with which the Canadian regulator followed suit in suspending the company … It mattered not whether the company had assets of potential merit – the regulators executed it in Canada as well as in the US.

Canada may fly a separate flag but as one watches the unification of tax departments, financial regulators, central bankers (money fixers), etc. it becomes increasingly clear that nationalist pride is just an illusion. Money Power is firmly in charge. It's called globalism and ain't it grand! Civil liberties flourish under such a structure, no?

In fact, the gentleman involved in promoting this company is now being publicly scourged by a bunch of yellow journalists and anonymous bloggers – all who claim to have caught a "real bad stock scammer." They use terms such as "scumbag" and other such niceties in their descriptions of the "criminals."

They rant on and on about all the past companies in which this person, in this case a Canadian named Bobby Genovese, supposedly had some involvement. Perhaps he did and perhaps he didn't. But regardless, the fact that a stock price rises and falls doesn't make it a scam or a fraud.

People buy speculative securities because they want to SPECULATE. They (us), being a generally oppressed group of over-taxed humans striving for a better tomorrow, place "bets" on emerging companies looking for that big "payday." It happens rarely but when it does, especially in natural resource stocks, the reward for the risk taken (losing it all) can be enormous.

It harkens me back to the days of Robert Friedland's Diamond Fields exploration deal in eastern Canada. They were looking for diamonds and found the world's biggest nickel discovery. Was the fact that Herr Friedland had been on the hunt for diamonds but discovered nickel deposits instead a fraudulent misrepresentation – despite the fact that he ended up building a multi-billion dollar company in the process? Did the speculators complain about their newfound wealth? NO! Why would they? That's why speculators speculate.

The Friedland Diamond Fields example is exactly what can happen in the natural resource business – and in speculating in natural resource companies in particular. Was Liberty Silver Corp. on the cusp of similar success? We'll likely never know now, thanks to the SEC and their diligent policing efforts.

(On another note: I wonder who was responsible for the "information frenzy" that likely bombarded the front doors of the SEC's electronic hallways? Short sellers? Disgruntled former relationships of Mr. Genovese? Dorothy because she was envious of the amount of exploration capital focusing on Nevada instead of Kansas?)

The bottom line is this: Promoters (entrepreneurs) go out and do their best to assemble a team of competent geological types, raise the necessary speculative capital – from speculators – and give it their best shot. If it works, it can repay handsomely for the initial outlay. If it fails one can lose it all. That is the nature of the beast.

But neither here nor there, the government runs ridiculous odds campaigns called "lotteries" every day of the week. These "fools' games" are chased by millions of people – speculators – who invest after-tax dollars, knowing full well they may lose, to chance winning that all-elusive jackpot, only to pay tax on that risk/reward scenario that only the most desperate of society would waste ten cents on. But back to the overall "investing and financial system" at hand.

How do people think the system works? First an IPO is rolled out and then after the price falls big firms buy back shares via their brokerage forces. And then weeks or months later they begin recommending it and roll it out again! They do this over and over. Is all of Wall Street a scam? If so, why doesn't the SEC shut it down? I think we know the answer to that one.

Did the SEC suspend trading in Facebook when the stock was rolled out and promptly lost half its value? Perhaps part of the problem here is that the stock in question is a silver stock and the SEC is especially hard on precious metals that compete with fiat money. Just a thought …

It takes an enormous effort to wake up every day with the energy and enthusiasm required to give one's project a fighting chance. And in any successful company I have ever seen there is always an "engine under the hood." (Think Bill Gates, Paul Allen, Larry Ellison, etc.)

But the wolves pounce on the promoter, in this case Bobby Genovese, as if he has committed egregious crimes and is responsible for the carnage now facing the Liberty Silver shareholders. They claim all the risks he took in accepting the challenge of building, creating and trying to make something happen in this world make him a criminal if the stock falls after rising.

How ridiculous is this? He may have done things inappropriate or "illegal." I do not know. BUT neither do those who are willing to jump in alongside the regulators and slam a guy who has created enormous wealth for many people over the years.

Ask yourself this: What happens when all the doers give up and say, "I'm going on strike"?

The parasites starve in the dark.