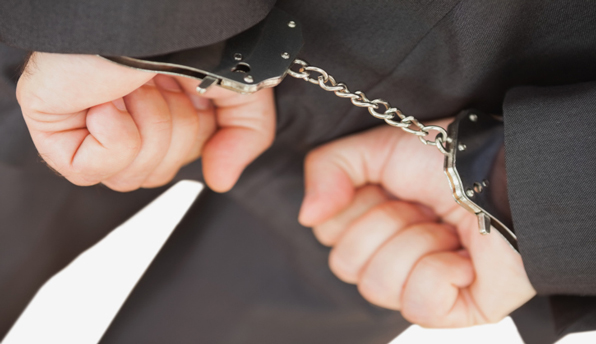 Dominant Social Theme: These people are criminals and it is good to catch them.

Free-Market Analysis: As what we call the Internet Reformation expands in terms of its impact, the rationale for many kinds of Western law enforcement diminishes.

This bitcoin arrest is a case in point. Charlie Shrem was arrested for facilitating the sale of drugs but there is no evidence we know of that drug use – of any kind – is so disruptive to society that it ought to banned.

A case in point is marijuana, which has been banned throughout most of the West for perhaps a half-century or more. Now marijuana is beginning to be decriminalized or even legalized.

But what of the millions whose lives were blighted by arrests and stints in the penitentiary? When one looks at the reality of these laws, it seems they are often developed to grant some lobbying group an industrial advantage.

Shrem was doubtless arrested on drug-charges with the predictable money-laundering charges that accompany them. Since officials have been so emphatic about his activities it is likely that he was subject to an intensive wiretap effort as well.

US wiretapping is at this point incredibly invasive and would be deemed unacceptable in a different time and place. But Shrem was no doubt subject to forceful targeting.

Charlie Shrem, 24, was arrested yesterday as he arrived at John F. Kennedy International Airport in New York. In addition to his role with the foundation, an industry representative to regulators formed to oversee the currency's software protocol, he was also chief executive officer of BitInstant, a Bitcoin exchange company.

By charging Shrem, a prominent Bitcoin evangelist in New York, the government has reached into the circle of individuals responsible for the promotion and standardization of the currency. "Bitcoin is in the process of getting institutionalized," said Gil Luria, an analyst at Wedbush Securities Inc. in Los Angeles.

"Early on it was exploited by bad guys because it was still very raw and accessible," he said. "As more investors and businesses get involved, it's going to get harder and harder to use it for illicit purposes."

Bitcoin was introduced in 2008 by a programmer or group of programmers under the name Satoshi Nakamoto. It has no central issuing authority, and uses a public ledger to verify encrypted transactions. It has gained traction with merchants selling everything from Sacramento Kings basketball tickets to kitchen mixers on Overstock.com.

Cameron and Tyler Winklevoss, who are seeking regulatory approval for a Bitcoin exchange-traded fund, invested more than $1 million in BitInstant. The Winklevoss brothers aren't under investigation in the case, a person familiar with the matter said.

In a statement today, the Winklevoss brothers said BitInstant "made a commitment to us that they would abide by all applicable laws," and that they were passive investors in BitInstant.

"Truly innovative business models don't need to resort to old-fashioned law-breaking, and when Bitcoins, like any traditional currency, are laundered and used to fuel criminal activity, law enforcement has no choice but to act," Manhattan U.S. Attorney Preet Bharara said today in a statement.

… They face as long as 20 years in prison if convicted of the most serious charge … "Working together, Shrem and Faiella exchanged over $1 million in cash for Bitcoins for the benefit of Silk Road users, so that the users could, in turn, make illegal purchases on Silk Road," Bharara said, adding that the probe is "ongoing."

Please note that this news follows reports that HSBC has settled a money-laundering probe for a record $1.92 billion. Fox tells us the following:

While the settlement shatters records in terms of monetary penalties, HSBC executives are avoiding criminal prosecution even though officials have accused them of helping countries break the law and the bank of becoming the "preferred financial institution" for drug cartels.

"The record of dysfunction that prevailed at HSBC for many years was astonishing," Lanny Breuer, Assistant Attorney General at the DOJ, said in a statement. "Today, HSBC is paying a heavy price for its conduct, and, under the terms of today's agreement, if the bank fails to comply with the agreement in any way, we reserve the right to fully prosecute it."

This provides us with a stark comparison. In one case, defendants face decades in jail for facilitating drug transactions. But institutionalized money laundering to facilitate the international drug trade is dealt with via a fine that is no doubt incidental to HSBC's profits.

There is also significant reporting that Western governments fund part of black ops – intelligence functions – through the drug trade. The CIA especially has been implicated in this; one of the journalists who covered the story eventually committed suicide via not one but two shots to the head.

So there are at least three levels of law enforcement operating here. At the top level, Intel agencies actively foster the drug trade. At a mid-level banks and financial institutions generally facilitate the lucrative business of drugs but employees rarely go to jail because the "corporate person" is fined instead.

At a private market level, we have people like Shrem, who will likely serve prison time and whose life is effectively blighted by these charges and the subsequent publicity.

And yet, in many ways, Shrem seems like an admirable and energetic person. In addition to the business that has now landed him federal charges, he also runs an apparently successful nightclub in New York City – and all this at age 24.

In another place and time, entrepreneurs like Shrem might well be a welcome addition to society. But in today's environment of hyper "law enforcement," he is seen as a criminal even before the charges against him are "proven."

As what we call the Internet Reformation expands and informs people about The Way the World Really Works, the lack of logic as regards law enforcement is increasingly noted.

We've quoted statistics before: One out of every three individuals in the US has an interaction with law enforcement on a potentially criminal matter before the age of 24, according to USA Today. And the US system – effectively a Gulag – has some six million prisoners at any one time and who knows how many on parole?

The creeping privatization of US law enforcement demands more and more prisoners to keep the system percolating. And often the conditions are abysmal. The US Justice Department just admitted that 50 percent of jail rapes are the result of prison officials.

There is no doubt over time the wretched penal system created in the West – and liberally propagated around the world – will come in for a good deal of scrutiny and pushback.

For now, the industry of law enforcement throughout the West runs in an increasingly aggressive manner, using "the war on terror" as justification for increasingly invasive practices. But as we have seen over and over throughout history – especially in the West – these sorts of authoritarian movements run their course.

The legal code in the West, especially, is bursting at the seams. It is currently the purview of the state, though in the past there were a variety of judicial formulas, including entirely private ones. The cycle will turn, for it cannot continue as it is. But it will be too late for people like Shrem.