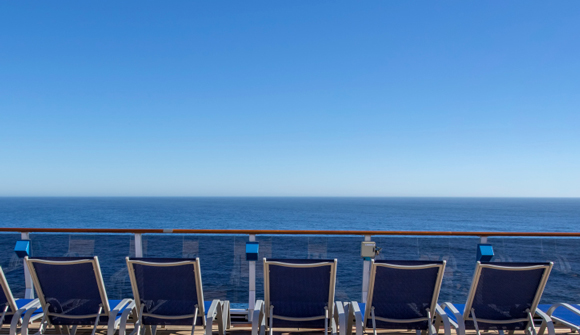 Mark Carney: No more bank bail-outs … Financial Stability Board, chaired by Bank of England Governor, unveils proposals for ending 'Too Big To Fail' banks … Mark Carney has pledged that taxpayer money should never again be used to prop up banks. The Governor of the bank of England, in his position as chairman of the international Financial Stability Board (FSB), has unveiled proposals for forcing creditors to bear banks' losses. Mr Carney said agreeing global rules on dealing with losses at "systemically important banks" was a "watershed" moment. – UK Telegraph

Dominant Social Theme: There is no reason why people should pay for banks' mistakes. Let's get back to free-market capitalism.

Free-Market Analysis: We've read this article a few times and the reader responses, as well. From what we can tell, BOE's Mark Carney is determined to shift the burden of bank bailouts to creditors, including those who are in common parlance bank "customers."

On the surface, one could argue for the plan on its merits: It places risk on those funding the banks, one way or another. On the other hand, there has been a decisive effort for decades to sever the conscious link between depositors and the institutions in which they "place" their "savings."

Ask the average man on the street whether his hard-earned cash deposited in a "bank account" is actually an investment in the bank and he'll look at you as if you've lost your mind. But this is what Carney says he wants to create … or recreate.

"Once implemented, these agreements will play important roles in enabling globally systemic banks to be resolved without recourse to public subsidy and without disruption to the wider financial system," he said.

The UK taxpayer spent tens of billions in the financial crisis saving Royal Bank of Scotland, Lloyds, Northern Rock and Bradford & Bingley, and more than half a decade later, the Treasury is still sitting on heavy losses.

Meanwhile, large banks are still believed to enjoy a "Too Big To Fail" subsidy, meaning those that lend to them assume their money will be safe even if the bank fails because of government support. The FSB said this increases government borrowing costs and gives those banks a funding advantage against smaller ones.

Under the new so-called "bail in" rules, globally systemic banks will have to hold "total loss absorbing capacity" [TLAC] – equity or debt that can be converted into shares – of at least 16-20pc of their assets, weighted for risk.

They will also have to hold an additional layer based on how important they are deemed to be to the financial system, and to avoid banks underplaying how risky their loans are, their TLAC must be at least double the global standard for the leverage ratio – a measure of capital that does not take into account risk. The current Basel minimum leverage ratio is 3pc.

This last statement is kind of funny. Money ultimately comes from monopoly central banks these days. If "banks in Europe" have trouble raising money, you can be sure the central banking crowd will bail them out nonetheless. They just won't call it what it is.

The Telegraph avoids this issue by falling back on quasi-academic analysis. Creditors, we are told, will see money owed to them become "shares" in a bank if the bank has failed. This supposedly offloads the burden of the loss-making bank. Taxpayer funds are no longer required.

Yet surely this deserves a giggle as well. Large banks don't fold individually but in droves as the result of reoccurring systemic credit crises. When a large bank begins to topple, it is not one tree but the ENTIRE forest that is gradually uprooted.

It's hard to believe, for instance, that the financial crisis of 2008 could have been "solved" using "depositor" and creditor money. Ben Bernanke supposedly printed US$16 trillion in a single weekend to stem a rising tide of red ink and global financial paralysis. When the Western money system is in one of its cyclical crises, the amounts needed for purposes of "backstopping" are gargantuan.

Granted, the article recognizes this in a modest way, pointing out that, "ending public subsidies could mean higher costs for customers," according to the FSB. Hmm … You think? And the article quotes Douglas Flint, the chairman of HSBC, as saying that bail-in rules will still mean the public is on the hook for banks.

Of course, it all does seem to be a bit confusing. As Flint says, money will be extracted from the entire society one way or another. In fact, it is a question of semantics.

A bail-out is when outside investors rescue a borrower by injecting money to help service a debt. Bail-outs of failing banks in Greece, Portugal and Iceland were primarily financed by taxpayers.

By contrast, a bail-in, a term first popularised in the pages of The Economist, forces the borrower's creditors to bear some of the burden by having part of the debt they are owed written off. (In the case of Cyprus, the creditors in question were bondholders, and depositors with more than €100,000 in their accounts.)

You see – a depositor has less than $100,000 in an account. A "creditor" has $100,001. In our view, these are entirely artificial distinctions. But banking bigwigs in the UK are apparently happy to talk up the idea.

Anthony Browne, the chief executive of banking lobby group the BBA, welcomed the proposals. "The banking industry strongly supports this work, which is a really important step in ending 'too big to fail' and ensuring that never again will taxpayers have to step in to bail out banks," Mr Browne said.

The G20 must approve new rules that will then be implemented by 2019. But one is reminded of the old trope about rearranging deck chairs on the Titanic. Who is paying is really incidental. One way or another everyone will. Only central bankers and their handlers will not.

Reliably, we return to the idea of human action and asset protection. Become your own risk consultant. Don't let others make the rules for you when it comes to your personal wealth.

Remember as well that it is a good deal more difficult to confiscate home-based physical gold and silver than a bunch of electronic digits nominally parked in "cloud."