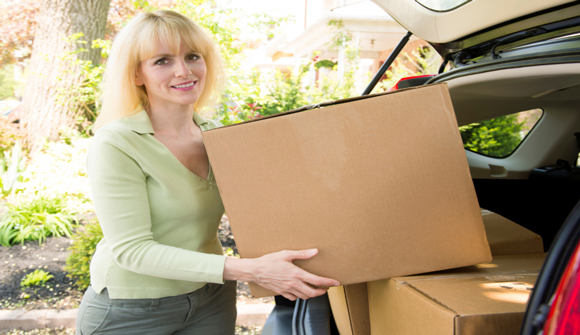 Why America Needs an Exit Tax … President Obama's executive action on immigration will end the threat of deportation for as many as 3.7 million parents of American citizens, while also protecting about 350,000 immigrants who came to the U.S. as children. It's being sold as a stopgap measure until Congress passes a comprehensive immigration act. If Congress does finally address immigration (and it's a big if), it could use the opportunity to make emigration more equitable, as well—and raise some revenue at the same time. – Bloomberg

Dominant Social Theme: People who want to leave the US should pay for it.

Free-Market Analysis: This Bloomberg editorial fires a beginning salvo for an emigration tax. With seven million US citizens living abroad and the US fedgov apparently in dire need of revenue such a tax might serve two purposes.

First of all, it might make emigration more difficult for some, though not presumably for wealthy folk. Second, it would certainly raise revenue.

The Bloomberg editorial makes these points, as we can see above. But it also casts the issue as one of social justice – a popular meme that we have covered in the past. In fact, the editorial mentions our favorite economic guru of social justice, Thomas Piketty, and points out that the tax ought to be aimed at wealthier individuals who have more options when it comes to going or staying.

Because of the addition of the meme of social justice, we are prepared to anoint this as a "portmanteau meme." We've mentioned portmanteau memes in the past and even devoted an article to the issue.

Here's how we defined it:

Lewis Carroll was a humorist of sorts, but he was also a canny surveyor of the human scene. Were he alive today and witnessing, as we are, the evolution of globalism, he might perceive what we do: Elite memes are increasingly being issued in combination, or at least being offered together in individual commentaries as opposed to separate observations.

– Global warming/climate change is usually mentioned in the context of water and food scarcity.

– The "peak oil" meme is invoked in the context of the additional resource base becoming available via the "Africa Rising" theme.

– The "war on terror" is now invoked to justify the emergence of a pervasive "surveillance state."

This emigration issue is a portmanteau meme because it combines the meme of ungrateful US citizens leaving the country with the injustice of wealthy people having more access to mobility than the average citizen.

More from the editorial:

The number of U.S. citizens living overseas is somewhere around 7 million. Perhaps 45,000 Americans leave to live abroad every year. As the IRS has tightened up on the requirement for U.S. citizens overseas to pay tax on incomes over about $100,000, a growing number of them have given up their citizenship—including Eduardo Saverin, a co-founder of Facebook, who might save as much as $100 million from the move.

The rich find it easier to move to other countries than do the poor. You can buy residency in the Netherlands if you invest 1.25 million euros in Dutch companies. In Portugal, residency will set you back only 500,000 euros invested in local property. And Greece will let you in for less than half that. Don't fancy Europe? The Dominican Republic will give you residency for the knockdown price of $100,000. And don't forget America! The EB-5 visa program gives residency to investors who stump up $500,000 and create at least 10 jobs.

It's particularly unjust that the rich alone can use their wealth to buy global mobility, because their wealth is largely the result of where they come from. Former World Bank economist Branko Milanovic estimates that about 80 percent of the variation of incomes around the world can be explained by which country you live in and how much your parents earned.

… Why should the rich get to take all that wealth with them when they move? Why should they be able to walk out of the country with resources that they have accumulated largely by dint of their history in the U.S.? We don't let them walk out with a share of the mineral wealth of public lands or a piece of the interstate system—yet just like the interstate system, their wealth is mostly a product of the efforts of other Americans back through time. Exiting the country with all that property should surely count as theft.

The U.S. already taxes some of the capital gains of assets of Americans who renounce their citizenship, as well as the income of higher-earning Americans living overseas. But those policies are partial and misdirected. A progressive exit tax on wealth for those moving themselves and their money abroad would be more efficient, and might even affect fewer people. That's because the potential problem of wealth drainage from emigration is concentrated.

… The rate of the exit tax would reflect the proportion of wealth that is due to the lottery of birth. Of course, rich people have already paid some taxes on that wealth—so, in fairness, the top rate probably wouldn't go above 50 percent. And the system would have to make exceptions for those who only briefly resided in the U.S. or are from families that only recently migrated here.

You see the language here? It would never occur to us to turn renouncing one's country into a commentary on social justice. But here we are. There is no analysis in this editorial as to why people and corporations are seeking to leave the US behind. There is only the suggestion that it is not fair that the wealthy have an easier time leaving than poorer people.

At the very least, one might expect mention of FATCA, which has made it far more difficult for the average US citizen to open a bank account abroad or even work for non-US corporations. Nor is there any discussion of the diminishing quality of life that the US offers to many who have decided to leave for one reason or another.

People are giving up homes, businesses and even their friends and family members to leave the US. The decision to emigrate is splitting up families and severing parents from children.

These are significant issues and it would be hoped that they would receive a significant hearing. To address why people would be willing to renounce the country of their birth from the standpoint of economic justice strikes us facile and even beside the point.

On the other hand, it is most important from the standpoint of asset protection and estate planning. There is no doubt that this kind of jingoistic approach can be leveraged politically.

It is indeed quite possible that with this sort of sentiment being voiced some kind of exit tax could be approved at some point. Maybe not right away but in the future, especially if the flow of emigration becomes more significant and damaging to US fedgov finances.

Are you considering this sort of action yourself? Plan accordingly …