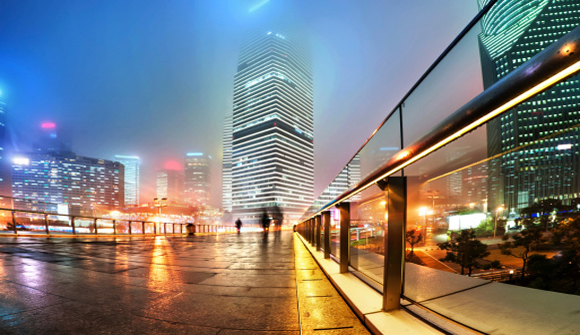 China's Real Property Problem … As China slows down, leaders in Beijing are understandably turning to one of their favored growth stabilizers: housing. A record decline in new-home prices in January has, as my Bloomberg News colleagues reported this week, prompted Chinese officials to contemplate additional stimulus measures, including reducing the required down payments on second homes and eliminating sales tax after only two years of ownership instead of five. – Bloomberg

Dominant Social Theme: The houses are OK! And so are the empty cities.

Free-Market Analysis: China's property problems have turned from a demand-side issue to a supply-side one.

A few years ago, as we and others in the alternative media have pointed out at length, Chinese construction was booming even though demand was lacking. This is partially how China ended up with its "ghost cities" – actually empty or nearly empty cities built apparently on speculation.

But now, as this article points out, another phase of the rolling bust has occurred: Chinese builders have stopped building. This is inconvenient for the Chinese Communist Party, which is determinedly trying to keep the Chinese economy "expanding."

To this point, various price-boosting schemes have helped China ward off the kind of downturn that befell America in the late 2000s and Japan two decades earlier. Unfortunately, though, they're no longer likely to have the same impact today.

That's because of a little-recognized shift in the nature of China's property bust — from the demand side to the supply side. As research done by Rosealea Yao of Gavekal Dragonomics shows, China's real problem is that new construction is evaporating no matter what sales and prices do. That means the knock-on effects of additional stimulus — on cement, steel and so on –- will necessarily be limited.

This has to be frightening to Chinese leaders because a supply-side slump means that the builders don't believe in their market anymore. It's one thing not to be able to sell a property; it's another to be so discouraged or suspicious that you don't build to begin with.

According to the article, property starts by floor space slumped 26 percent year-over-year in December "following a 35 percent plunge in November." This deepens a drop of 5.5 percent from January to October 2014. New projects demanding new land dropped 25 percent, reducing income to local governments.

According to the article, Gavekal's Yao believes "China's underlying housing demand is peaking and will soon start declining." Yao even mentions China's ghost cities and claims that they will gradually see inhabitants, but the process of populating them will take at least another two years. (Sounds optimistic to us.)

Best scenario: Current government stimulation will generate some two percent in additional sales and reduce the slump in starts by about ten percent. Not very hopeful.

The funding is an issue, too. As the Chinese government struggles to resuscitate the market, credit begins to climb as well – a "$328 billion surge in new credit in January," according to the article, which describes total indebtedness as "a debt pile that has grown to frightening proportions."

The article makes a good point about the impact the moves have on Chinese psychology. Given that the government is always tampering with incentives to boost growth, Chinese consumers can be pardoned for beginning to believe that the government is determined to remove risk from the market. Of course, it is impossible to make leveraged investments un-risky, as optimistic consumers will discover sooner or later.

More than stimulus, says Leland Miller, the New York-based president of China Beige Book, China needs to get serious about its stated plans to shift away from excessive investment and exports toward a more services-based economy. If Beijing decides to gin up growth artificially, Miller says, "it's not going to work."

This is a somewhat disingenuous statement given that Chinese government policies are behind Beijing's endless property boom. Chinese consumers have fairly few options when it comes to saving and investment opportunities: A second home or apartment is high on the list.

In some cases, the tens or hundreds of millions of Chinese who have purchased second apartments or homes have been rewarded with appreciation – even if the domiciles remain unoccupied. The trouble is that real estate is cyclical. There has never, ever been a real estate market that has climbed upward steadily without retrenchment.

Also, China is not able to shift to a "service based" economy, given the consumer model of its fiat monetary system. The Chinese central bank prints – and prints – and consumers need to buy endless amounts of goods because otherwise Chinese factories will shut down and the entire economy might enter a broad-based slump. Service industries are a slim reed on which to balance a modern, industrial economy.

Since the Chinese economic "miracle" is perhaps 30 years, one can only predict … eventually … that there will be a significant collapse. It will be made worse by the puncturing of the faith of the average Chinese investor in the assurances of the government regarding the continual profitability of real estate in particular.

A slump, as we have often pointed out, will not simply be a pocketbook item but will likely affect the confidence that the Chinese have in their current government model.

A slump therefore is not merely an economic problem but also a political one. This explains why Chinese officials are so determined to keep the economy rolling forwards and throwing off shiny growth numbers. In an economy the size of China's, it's probably impossible to get really accurate numbers. It is probable that China's growth has been trending downward for years, especially if builders have ceased to build.

But still Chinese officials present optimistic reports. There is likely no other solution but to pretend that the status quo will continue endlessly. Unfortunately, when the truth can no longer be covered up, the results will shake not only the Chinese economy and political structure, it will have a severe knock-off effect on the rest of the world.

The US, Britain, Europe, Japan – all these major economies are still mired in slow growth scenarios despite optimistic forecasts and reporting. A slumping China would thus be disastrous for the world's economy. Yet that is what surely must take place sooner or later.

Prepare yourself. Take steps to secure your family's safety and your prosperity both domestically and abroad. There are solutions you can find right here that can help.