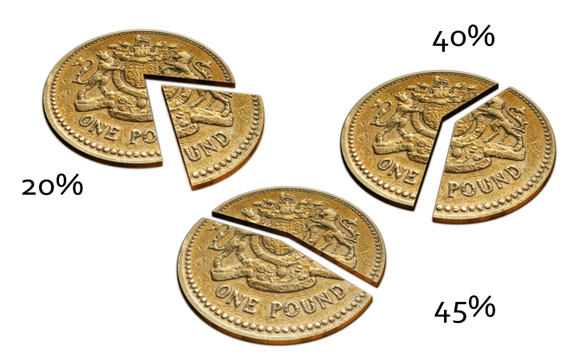 IMF tax bombshell: its plans for higher VAT and a property raid are wrong … The IMF's suggestions for VAT would destroy any government that sought to implement them. The IMF, led by Christine Lagarde, has adopted a position which is far too political for comfort … For an international bureaucracy that sometimes seems to specialise in getting it spectacularly wrong, the International Monetary Fund (IMF) retains an extraordinary influence. Its latest report on the British economy follows a tried and tested template, with the wrong-headed and the brilliant jostling for our attention. Take its understandable concern about the budget deficit. The report rightly notes that the national debt has yet to stabilise, and that it could be on course to hit an uncomfortably high 80pc of GDP by 2015-16. The IMF now argues that the speed and composition of the current measures are right, but it is worried about the medium term – in other words, the period that will follow the general election. – UK Telegraph

Dominant Social Theme: Taxes are important around the world and there should be more of them. Britain is not yet taxed highly enough.

Free-Market Analysis: With the benefit of hindsight, abetted by the Internet, we can see what may be the real agenda of the IMF. It is the other half of a globalist tag team that helps bankrupt third-world countries and then provides them the resources to rationalize their desperate situations.

In this case, the IMF has proposed its usual third-world remedies, but has aimed them at what can be considered a first-world nation-state: Britain. Presumably, its prescriptions, especially those featuring higher taxes, will be resisted. The pushback is evident in this Telegraph article, excerpted above.

Exactly why the IMF has decided to focus on Britain is not necessarily clear. Certainly, under its current leadership, the IMF has become more vocal about first-world economic difficulties. It played a role in the disastrous implementation of "austerity" in Southern Europe, for instance.

The trouble is – from an IMF standpoint – that the facility is not necessarily set up to advise Western nation-states. Its method of operation has been described many times now, and it is one that is best implemented away from the glare of Western media, mainstream or not.

Actually, the IMF, as we have described before, is only part of a two-part mechanism. The other part is the World Bank. Both facilities were developed after World War Two.

The World Bank, in fact, often creates the initial problem by suggesting that a given country borrow to build infrastructure, etc. Most of the time, these suggestions are made to corrupt leaders of impoverished states. The implication is not that the money be actually used for what it is intended for: This is more or less a cash-out …

The individual takes the money, stashes much of it abroad and eventually departs for warmer climes. Meanwhile, the rest of the country is stuck with the bill.

Now enter the IMF. If a country's officials are willing to abide by fairly Draconian terms, the IMF will provide the funding necessary to straighten out the financial affairs that have gone awry.

Chief among the IMF's prescriptions are privatization – in which Western multinationals come into the country and buy up various consolidated (monopoly) resources – along with "austerity" and tax hikes. All of these prescriptions expand state authority while stripping citizens of control of their putative resource base.

The IMF, perhaps inadvertently, has adopted a position which is far too political for comfort: while it also believes, like the Chancellor, that there should be more spending cuts, it also thinks that taxes will have to be hiked.

I disagree fundamentally with the second part of this proposition. The tax burden is already too high; increasing it further would be a terrible mistake. The problem is that spending still accounts for an excessively large share of the economy, and the political challenge is to find a way of re-engineering the welfare state to allow the state to shrink and the private sector to expand.

The model should be Australia, Switzerland or Singapore, countries that boast low taxes and high quality services. Instead, the IMF wants to get rid or significantly reduce the zero-rated exemption on VAT, which covers food, children's clothes and the rest.

While it is true that the exemptions reduce economic efficiency, ditching them would necessitate a big hike in benefits and a major uplift in the minimum wage, which would be far more damaging to the economy's performance and ability to create jobs for the low-skilled. It's a stupid idea and one which would destroy any government that sought to implement it, with zero real net benefit. It would be a horrendous waste of precious political capital that ought instead to be invested in real reform of the public sector.

The report also calls for a greater reliance on so-called Pigouvian taxes, which are supposed to discourage externalities and behaviour which inflicts costs on others. It mentions higher taxes on carbon and on congestion as examples. But what this really means is that the IMF is advocating a massive tax increase on motorists, even though there is robust evidence which suggests that they already pay much more, in the aggregate, than any sensible measure of the combined cost of road upkeep and development, pollution and congestion.

One of the reasons that the IMF has not been so active with so-called first-world countries is because its suggestions are so evidently wrong-headed. Its officials can get away with hollowing out third-world countries and destroying middle classes (as they tried to do in Argentina) because no one is looking.

But when it comes to larger countries with more sophisticated populations, the nostrums are suddenly exposed; the agenda is suddenly seen as suspect. And so it is here. This article argues the merits of an anti-IMF approach without providing the real frame of reference when it comes to this facility. But when one stands back and looks at the IMF approach in totality, its agenda becomes clear.

Every part of the globalist platform is unfortunately represented in IMF suggestions and actions. Higher taxes are always necessary. So-called privatization (a form of looting when practiced by the IMF) is inevitably prescribed. The green agenda is implemented whenever possible, including carbon taxes – though the world hasn't experienced warming for at least 15 years now.

The IMF's track record is so bad, its suggestions so abysmal, that the BRICS have actually set up their own IMF to counter the West's version. The idea is that the money to re-liquefy bankrupt regimes will be doled out on less adversarial terms.

Of course, nothing is as it seems when it comes to global politics, so we wonder how much "better" the BRICS' IMF will prove than the original. See here:

The Manipulated Dialectical Destiny of the BRICS

Nonetheless, perhaps anything is an improvement. The IMF, like the World Bank, has been a facilitator of corrupt regimes around the world. There is, in fact, no need for a global facility that empowers the worst kind of petty tyrants.

At least in first-world countries, the IMF's prescriptions are sometimes exposed and resisted. Here's hoping the trend spreads.