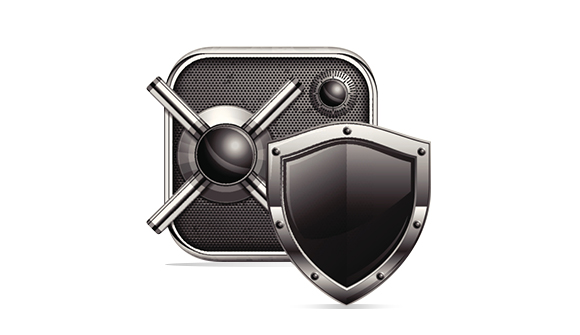 Here Comes the Internet of Money … Paul Volcker, the acclaimed former chairman of the Federal Reserve, famously questioned the value of financial innovation. He said he saw the point of the automated teller machine ("more of a mechanical innovation than a financial one"), but that was about it. Financial innovation was an unproductive competition for excess profit and a cause of instability. – Bloomberg

Dominant Social Theme: The Internet of Money is a tremendous innovation.

This phrase sounds mysterious and forward looking; in fact, it describes the process of money migrating to non-bank platforms.

The big drama inherent in the Internet of Money is its disintermediation of banks. But in fact, it does no such thing. What it will do, and is already doing, is undermining what´s left of monetary privacy.

You'd never know that from the coverage, however. Here's more:

A new wave of financial innovation is forming. This one could sweep over traditional banking, traditional payments systems, even the traditional idea of money. You think exotic asset-backed securities were a big deal? That was nothing.

As Bloomberg Markets reports, the revolution in information and computer technology is pointing financial innovation in a new direction — at financial infrastructure and basic services rather than exotic new products. That's what makes the "Internet of money" so far-reaching.

Finance has been digital for years. Instruments ranging from bank deposits to currency swaps to structured debt obligations have long been recorded and traded electronically. But money and payment systems, the underpinnings of all financial activity, are still traditional in one respect: They rely on central third parties — banks — to record and vouch for transactions.

Digital currencies dispense with this. They create a decentralized record — a "distributed ledger" — which allows buyers and sellers to interact directly.

Bitcoin, the best-known of these currencies, has commanded attention for the wrong reason — as a speculative asset. It's tiny measured by users or transactions, and there's no guarantee its use will spread. It has already suffered serious glitches and aroused the concerns of regulators. All this obscures the crucial point. Digital currencies have shown that the distributed ledger is feasible, and that's a spear pointed at the heart of traditional banking.

So much misinformation in so few words. The distributed ledger is only a "spear" pointed at traditional banking if one doesn't grasp how modern money is created and distributed.

Most modern fiat money is created by central banks and then distributed one way or another to commercial banks that then lend to (mostly) large-scale corporations and investment enterprises. Call this sort of circulation "trickle down."

In contrast, bitcoin is "mined" and placed in circulation via computer power unlocking digital circulation. The amount of bitcoins mined this way is pre-determined and the money supply has certain hypothetical limits.

Modern fiat banking knows no such limitations. Those in control of central banking – and they are very careful not to reveal themselves if possible – have enormous power over money volumes.

Bitcoin distributes and in a sense decentralizes money power. But there is no such distribution of power when it comes to the contemplated "Internet of Money." The money is still created the same way and even distributed in a similar fashion from the top down.

It is only "consumer money" that differs significantly from the old money. And that's because the money that consumers gain access to can be obtained from non-traditional and even non-bank venues. But this is a cosmetic difference. The price and volume of money is still generated by the "good, gray men" of central banking.

So what are the benefits of the in-aptly named "Internet of Money"? The benefits accrue to the power brokers of the modern state. Those who collect taxes and manage finances for state authorities will find their jobs are made increasingly easy.

The "distributed ledger" being touted as such an innovation for some reason is actually a tax collectors best friend. That's because it lists in detail who is paying what to whom. It's a digital record tracking every transaction.

The Internet of Money is also being touted as an "innovation" because it will enable the automation of some loans. But the loans are drawn on traditional, fiat-money sources. The "stuff" of money remains the same. It is issued into circulation by the same methodologies and same power brokers as always.

The Internet of Money has spread quickly in Africa according to various reports. One could argue that Africans generally are forward-looking people when it comes to modern financial practices. Or one could argue – as we are inclined to do – that once more the Western world is taking advantage of Africa.

Africa has for centuries been a target of Western exploitation. First Africa became an exporter of slaves and raw materials. More recently, Africa has become an epicenter of Western monetary and judicial manipulations.

In fact, Africa is a haven for failed globalist enterprises. When climate exchanges crashed in the West, internationalists promptly set up an exchange of just this sort in Kenya. When the Soros crowd wanted to add legitimacy to their latest global justice gambit, they began indicting African leaders and hauling them off to The Hague.

And now there is the Internet of Money – a fast-spreading enterprise, we are told, that is finding great acceptance in Africa.

Sad! African culture is a tribal one, but throughout Africa such cultures are waning and are being shouldered aside by parliamentary systems. Nonetheless, tribal perspectives persist and make parliamentary maneuvers difficult to pursue.

Africans see what they consider to be the success of Western practices and often seem to be generally receptive to them after more than a century of Western enculturation. And thus it is relatively easy for Western interests to create a groundswell of support for activities that would likely have more difficulty penetrating the West.

The idea is that when once these practices are established and entrenched in Africa, it's easier to roll them out to the rest of the world.

We have no doubt that the Internet of Money is a firmly supported monetary meme and that the internationalist crowd intends to expand it as rapidly as possible. Thus, we shall be reading more and more about cutting-edge monetary technology that is taking root in forward-looking regions of the formerly "Dark Continent."

These articles will be intriguing and make many cutting-edge claims. But in fact, nothing much is changing.

What does need to change as the Internet of Money takes hold is people's attitude toward asset protection. Whether one wants to buy and hold physical gold or purchase real estate in one or more foreign destinations, the strategy of distributing assets is likely to prove more valuable over time.

Those who want to amass easily located cash and securities will likely face increasingly invasive audits of their personal worth as the Internet of Money matures. As purely digital money becomes increasingly accepted, the possibilities of state confiscation rise as well.

It´s relatively easy to remove digital currency, after all; cash and precious metals are more difficult. This goes for non-state – criminal – activities as well.

The more things change, the more they stay the same.