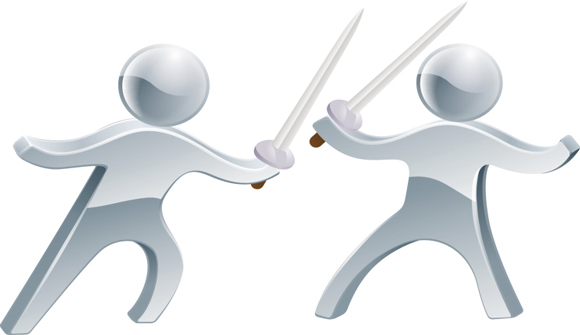 Asset Protection Strategies, STAFF NEWS & ANALYSIS
Is the Media Purposefully Creating Tension Between the State and Its Citizens?
By Staff News & Analysis - November 03, 2014

Probe of FBI agent leads to release of convicted drug dealers from prison … An investigation into possible misconduct by an FBI agent has forced authorities to quietly release at least a dozen convicts serving prison sentences for distributing drugs in the District and its suburbs, according to law enforcement officials, court documents and defense attorneys. – Washington Post

Dominant Social Theme: The mainstream media is on the job, making sure that police problems are adequately exposed.

Free-Market Analysis: The Washington Post assigned numerous journalists to this story, which doesn't seem to have turned up much, but perhaps that's just the point.

We don't recall seeing regular stories about FBI malfeasance in the major media. Sure, a squib here and there but not a feature article like this one.

It seems like something is changing. We're reading and watching more and more stories about corrupt and violent municipal policing, corrupt political practices and corruption at the IRS, NSA and now the FBI.

The overriding message: Who can you trust?

In addition, several suspects awaiting trial on drug charges and a man convicted but not yet sentenced have also been freed. Officials said more cases that could involve the agent are under scrutiny, including one involving 21 defendants.

None of the suspects or felons have had their charges dropped or convictions overturned. Most are on home detention in what many of their attorneys describe as a holding pattern, awaiting the outcome of the investigation into the agent, who was assigned to a D.C. police task force.

The scope and type of alleged misconduct by the agent have not been revealed, but defense lawyers involved in the cases described the mass freeing of felons as virtually unprecedented — and an indication that convictions could be in jeopardy. Prosecutors are periodically faced with having to drop cases over police misconduct, but it is unusual to free those who have been found guilty.

A law enforcement official speaking on the condition of anonymity said the agent has been suspended indefinitely. The agent has not been criminally charged.

The U.S. attorney's office for the District said in a statement Friday that it is "conducting a case-by-case review of matters in which the FBI agent at issue played some role."

Again, our perspective that the length and depth of this article is surprising given that no conclusions were reached and no definitive leads were turned up.

As meme-trackers we are always on the lookout for new and evolving memes and we wonder if this anti-establishment theme is creating a trend worth tracking.

In the 1960s, the mainstream media went out of its way to encourage distrust for various iconographic sociopolitical and economic facilities in the US and the West generally.

The idea was to create a dialectic between pro and anti-war supporters – between youthful hippies and older establishment types. The divide was exacerbated by a variety of other differing behaviors including drug use. Society fractured along numerous fault lines.

Is this happening again? Are scandals being deliberately provoked and publicized? We think we see this going on in Mexico where society is being destabilized by an ongoing drug war.

The idea (we have put forth, as have others) is that a destabilized Mexico is a good deal more apt to participate in a North American Union that will include Canada and the US.

But the legalization of drugs provides us with more opportunities to observe this meme. In fact, we've predicted in the past that the current cessation of the war on drugs is eventually going to discredit Western policing and judicial systems. That hasn't happened yet but maybe it will … especially if, as appears to be happening, drugs generally are legalized and treatment rather than incarceration is encouraged.

We don't necessarily expect that policing itself will be discredited. It is more apt to emerge in a reconfigured and international fashion. Drugs increasingly are going to be regulated not criminalized and this regulatory approach may be adopted worldwide.

We can only report what we see. Certainly in the US considerable mainstream attention is now being given to corrupted government facilities. The Obamas have come in for considerable criticism in the US; Tony Blair is a hunted man in England.

YouTube is filled with videos of police abuse; Edward Snowden's NSA revelations have been broadcast worldwide. These days it is neither sexy nor safe for big tech companies like Google and Facebook to cooperate overtly with US intel agencies.

Already we are seeing riots in places like Ferguson, Missouri. Mexico is suffering through civilian protests and violence on a much larger scale. Could the violence spread in the US? Certainly, yes, if the mainstream media encourages it. People are already angry and fed up generally with economic conditions.

If we are correct, it's not going to be very unpleasant to be working in street-level civilian and military policing. Nor will it be pleasant generally to be located in big cities, especially in higher crime areas.

Our advice in four words: "Lock up your gold."

Or to put it another way, protect your assets.