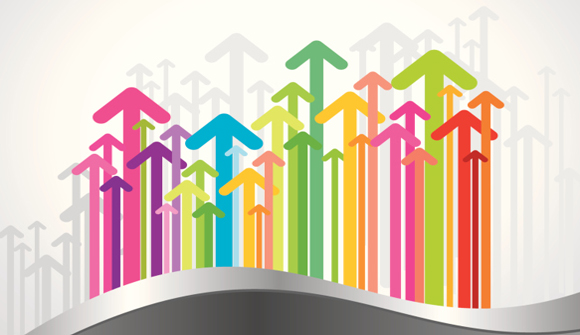 Half a Century of Evidence to Fear the Fed … The hottest game in financial markets is trying to guess when the Federal Reserve will finally raise its benchmark interest rate. Fed officials have said that their main concern is over how much slack, or spare capacity, exists in the economy, because workers will become emboldened to ask for higher wages – and employers will come under pressure to provide them – only when the slack diminishes. On one measure, the Fed should already be reaching for the rate-rise button. – Bloomberg

Dominant Social Theme: The Fed knows what it's doing.

Free-Market Analysis: This article makes the point that the Federal Reserve has kept rates so low for so long that at some point rates will have to rise very fast and very hard.

This is congruent with our position that what we call the Wall Street Party may continue until the last drop of profit is wrung from an exhausted market.

When this occurs is certainly not clear. It could still happen this year – even today. Certainly it could happen next year, or late next year.

The article itself doesn't provide a timeline but does make the point that the end might not be with a whimper, but indeed with a bang of entirely the wrong sort.

The Fed funds rate has been held at 0.25 percent since the end of 2008. This week, the central bank repeated its commitment to keep borrowing costs low for a "considerable time." At the same time, it changed its language about the jobs market, saying the "underutilization of labor resources is gradually diminishing." It had previously referred to a "significant underutilization."

Sean Corrigan, an investment manager at Diapason Commodities in Switzerland, points out that with fewer Americans applying for unemployment benefits than at any time in more than 14 years, there's a mismatch between the Fed holding rates and what's happening in the job market.

Now, this doesn't mean the Fed is about to jump into action; the post-crisis economy, in the U.S. and the rest of the world, is arguably more fragile than at any time in the past half-century. But history suggests that monetary policy has gotten so out of sync with the labor market that once the Fed does move, it may tighten further and faster than anyone currently expects.

This last paragraph points out that while the US economy seems to be accelerating, problems in the rest of the world probably make it even tougher for the Fed – as the dominant central bank – to change course dramatically.

In Japan, for instance, monetary policy has been relaxed even further in the past weeks. In England, central bank head Mark Carney has recently stated that he won't hike rates aggressively any time soon, either. The European central bank has taken what steps it can to loosen the monetary reins in what is probably another vain attempt at counteracting Europe's unhealthy labor markets.

China is out of sync, struggling with the results of many years of loose monetary policy that has generated considerable price inflation and even the construction of whole, empty cities. But generally, around the world, as always in the past decades, monetary policy is more generous than not. Currency continues to be printed wildly and officials at some of the largest central banks are on record as saying they won't do much, if anything, to stop it.

This article sounds a much-needed warning, yet it's not as if this is merely one voice in the wilderness. The Bank for International Settlement itself, about two weeks ago, said much the same thing and in even more dire terms.

An article appearing in the UK Telegraph and entitled, "BIS warns on 'violent' reversal of global markets," summarized the fears of top bankers at the world's coordinating body.

Here's how it began:

Guy Debelle, head of the BIS's market committee, said investors have become far too complacent, wrongly believing that central banks can protect them, many staking bets that are bound to "blow up" as the first sign of stress.

In a speech in Sydney, Mr Debelle said: "The sell-off, particularly in fixed income, could be relatively violent when it comes. There are a number of investors buying assets on the presumption of a level of liquidity which is not there. This is not evident when positions are being put on, but will become readily apparent when investors attempt to exit their positions.

"The exits tend to get jammed unexpectedly and rapidly."

Mr Debelle, who is also chief of financial markets at Australia's Reserve Bank, said any sell-off could be amplified because nominal interest rates are already zero across most of the industrial world. "That is a point we haven't started from before. There are undoubtedly positions out there which are dependent on (close to) zero funding costs. When funding costs are no longer close to zero, these positions will blow up," he said.

Read this article and then the Bloomberg piece and the message is astonishingly similar. Even the verbiage is the same. The question is left then – when exactly might these catastrophic events take place?

Our view remains that next year is a more likely destination than this year. But these articles certainly do tend to confirm our position that the crackup, when it comes, could be a rough one, indeed.

All the proverbial stars are aligned for a blowoff that might rival 1929 and usher in – if those at the top of the shattered system can manage it – a new and more global securities system.

Before we get to that point, we think the market may offer an incredible run: Records may be broken and re-broken. If the market makes it relatively unscathed through the end of the year, watch for increasingly strong upward movements that may tax credulity as they will be occurring in an environment of continued economic weakness.

Those running these manipulated markets seem determined to run them high into the sky nonetheless. Opportunities abound, at least in the short term, for those exposed, albeit with proper hedging and diversification. What is necessary to bear in mind as well is that these markets can turn savagely. The trick, then, is to get the timing right.

Of course, that's not easy. But those who could do it stand to benefit mightily, indeed.