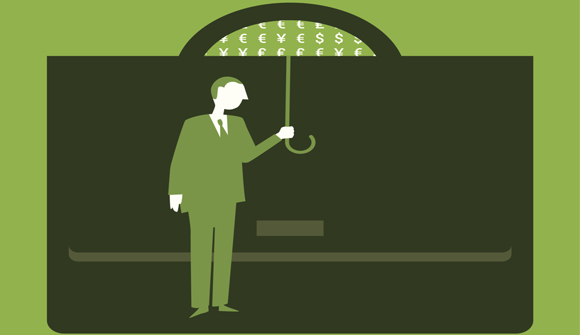 G-20 Plans $2 Trillion Growth Boost to Uneven Global Economy … Group of 20 leaders agreed to take measures that would boost their economies by a collective $2 trillion by 2018 as they battle patchy growth and the threat of a European recession. Citing risks from financial markets and geopolitical tensions, the leaders said the global economy is being held back by lackluster demand, according to their communique following a two-day summit that ended yesterday in Brisbane. The group submitted close to 1,000 individual policy changes that they said would lift growth and said they would hold each other to account to ensure they are implemented. – Bloomberg

Dominant Social Theme: This is great. The G-20 ought to be able to create jobs around the world.

Free-Market Theme: The global economy apparently still isn't healthy so the G-20 is implementing a rescue. From the standpoint of free-market analysis, this sort of rescue is nothing more than a waste of US$2 trillion.

In fact, one could argue that the regulatory, fiscal and monetary practices of the G-20 have created cyclical worldwide recessions and depressions throughout the 20th and now 21st century.

"There are some worrying warning signs in the global economy that are threats to us and our growth," U.K. Prime Minister David Cameron said after the meeting ended. "If every country that has come here does the things they said they would in terms of helping to boost growth," including trade deals, then growth will continue, he said.

Action to bolster growth comes as policies around the world are diverging with the U.S. tapering its monetary easing as it boasts the strongest economy among advanced nations, while Europe and Japan add further stimulus to ward off deflation. The International Monetary Fund last month cut its projection for world economic growth next year to 3.8 percent.

The mostly structural policy commitments spelled out in each country's individual growth strategy include China's plan to accelerate construction of 4G mobile communications networks, a A$476 million ($417 million) industry skills fund in Australia and 165,000 affordable homes in the U.K. over four years.

IMF Managing Director Christine Lagarde told the leaders that in order to avoid the "new mediocre" of low growth, low inflation, high unemployment and high debt, all tools should be used at all levels, she said at a press conference yesterday in Brisbane.

"That includes not just monetary policy, which is being significantly used, particularly in the euro zone, but also fiscal policy, structural reforms and, under certain conditions, infrastructure," she said.

The IMF and Organisation for Economic Co-operation and Development assessed the policy commitments and said they would raise G-20 gross domestic product by an additional 2.1 percent from current trajectories by 2018, according to the communique.

Of course, the IMF must weigh in. And the paragraph above demands that we once again suspend our disbelief. The IMF, which is usually wrong about almost everything, has "reviewed" the various policy commitments of the G-20 and decided that they are worth 2.1 percent to the world economy by 2018.

Probably more significantly, the G-20 "also agreed to establish a global infrastructure hub, based in Sydney, with a mandate of four years that would encourage the exchange of information among governments, the private sector, development banks and other international organizations, according to the communique."

We can see from this that globalism continues apace. The trend now between nation-states is digital and numerical transparency. International governance is being built piece by piece. The "exchange of information" is doubtless an elaboration on a theme and by itself a reason for the G-20 to meet regularly.

Most of this will not make any difference, in our view. The only part of these programs that have any significance are the monetary ones. And presumably the monetary ones are being coordinated out of Switzerland by the BIS, which certainly begs the question: What is the real reason for these meetings that generate so much hot air and blather but not much more?

The key is in the announcement of such programs as a "global information hub." What is being advanced here, as we mentioned previously, is globalism. As the world's largest economies continue to create agreements for all sorts of resource sharing, the shape of the global order becomes increasingly visible.

Check back in five years to see if any of the enunciated goals totaling US$2 trillion have been significantly advanced. We'd venture a guess that while most of these grand promises will have fallen by the wayside work on a "global information hub" will be proceeding apace.

The idea behind these meetings and their prognostications is likely to generate further control over the pocketbooks and finances of the citizens of various nation-states, especially in the West.

The takeaway? As we have tried to emphasize regularly, diversification from a personal as well as asset-class perspective are increasingly critical parts of a portfolio strategy. Globalized access to YOUR information is proceeding apace.

You can't do anything about what the G-20 powers have planned. But you can certainly make your own affairs more opaque and (legally) less transparent. You still have a right to privacy and to structure your affairs in such a way as to enhance it.