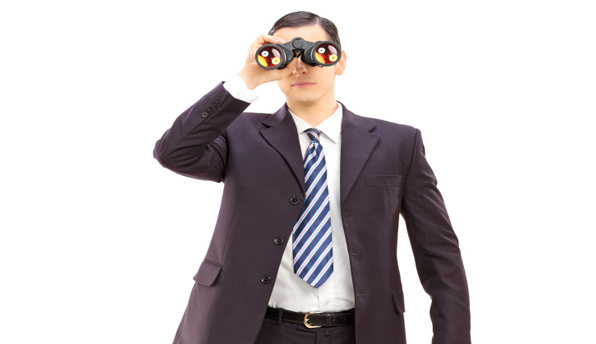 Asset Protection Strategies, EDITORIAL
If Spying on Senate Is So Bad, Why Is It OK for Them to Spy on Us?
By Ron Paul - March 17, 2014

The reaction of Sen. Dianne Feinstein (D-CA) to last week's revelations that the CIA secretly searched Senate Intelligence Committee computers reveals much about what the elites in government think about the rest of us. "Spy on thee, but not on me!"

The hypocrisy of Sen. Feinstein is astounding. She is the biggest backer of the NSA spying on the rest of us, but when the tables are turned and her staff is the target she becomes irate. But there is more to it than that. There is an attitude in Washington that the laws Congress passes do not apply to Members. They can trample our civil liberties, they believe, but it should never affect their own freedom.

Remember that much of this started when politicians rushed to past the PATRIOT Act after 9/11. Those of us who warned that such new powers granted to the state would be used against us someday were criticized as alarmist and worse. The violations happened just as we warned, but when political leaders discovered the breach of our civil liberties they did nothing about it. It was not until whistleblowers like Edward Snowden and others informed us of the abuses that the "debate" over surveillance that President Obama claimed to welcome could even begin to take place! Left to politicians like Dianne Feinstein, Mike Rogers, and President Obama, we would never have that debate because we would not know.

Washington does not care about our privacy. When serious violations are discovered they most often rush to protect the status quo instead of defending the Constitution. Senator Feinstein did just that as the NSA spying revelations began to create pressure on the Intelligence Community. Her NSA reform legislation was nothing but a smokescreen: under the guise of "reform" it would have codified in law the violations already taking place. When that fact became too obvious to deny, the Senate was forced to let the legislation die in the committee.

What is interesting, and buried in the accusations and denials, is that the alleged CIA monitoring was over an expected 6,000 page Senate Intelligence Committee report on the shameful and un-American recent CIA history of torture at the "gulag archipelago" of secret prisons it set up across the world after the attacks of 9/11. We can understand why the CIA might have been afraid of that information getting out.

When CIA whistleblower John Kiriakou exposed the CIA's role in torturing prisoners he was sent to prison for nearly three years. But Senator Feinstein and her colleagues didn't lift a finger to support him. So again you have the double standards and hypocrisy.

The essence of this problem has to do with the difficulty in managing the US empire. When the government behaves as an empire rather than as a republic, lying to the rest of us is permissible. They spy on everybody because they don't trust anybody. The answer is obvious: rein in the CIA; remove its authority to conduct these kinds of covert actions. Rein in government. Lawmakers should not defend Fourth Amendment rights only when their staffs have been violated. They should do it all the time for all of us. The people's branch of government must stand up for the people. Let's hope that Sen. Feinstein has had her wake-up call and will now finally start defending the rest of us against a government that increasingly sees us as the enemy.