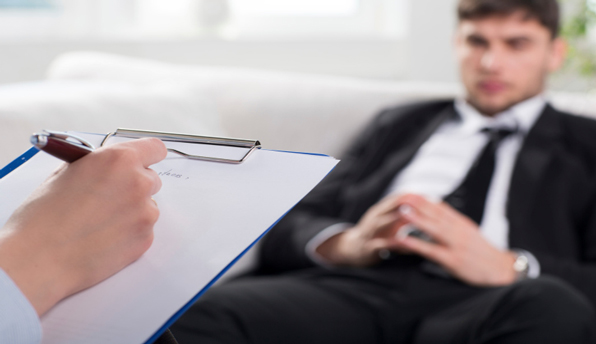 Last week Americans were shocked and saddened by another mass killing, this one near a college campus in California. We all feel deep sympathy for the families of the victims.

As usual, many people responded to this shooting by calling for new federal gun control laws, including the mental health screening of anyone attempting to purchase a firearm. There are a number of problems with this proposal. Federally-mandated mental health screenings would require storing mental health records in a government database. This obviously raises concerns about patient privacy and doctor-patient confidentiality, as well as the threat of identity theft. Anyone who doubts that these are legitimate concerns should consider the enormous privacy problems with the Obamacare website; some have even suggested that healthcare.gov be renamed indentifytheft.gov.

Giving government the power to bar some Americans from owning guns by labeling them as "mentally ill" could easily lead to serious abuses. Even authors of mental health manuals admit that mental health diagnoses are subjective and can be based on "social constructions." Thus, anyone whose behavior deviates from some "norm" could find himself deprived of his second amendment, and possibly other, rights.

People could be even be labeled "mentally ill" because they are outspoken critics of the government. Currently, as part of the Department of Homeland Security's "Operation Vigilant Eagle" program, veterans who express dissatisfaction with government polices run the risk of being labeled mentally-unstable terrorist threats. There has also been at least one federally-funded violence prevention program that determined that holding certain political and social views indicates a propensity for violence. So there is precedent for labeling those with unpopular political beliefs as being "mentally ill."

We have also seen how US presidents from both parties have used the IRS to target political opponents. Imagine the potential for abuse if those same politicians had access to the mental health records of their political opponents, or the power to label opponents mentally ill because those opponents were "dissatisfied" with the government.

People who say that the threat to liberty posed by mental health screenings is outweighed by the enhanced security they provide should consider that expanding background checks and mental health screening is unlikely to make us safer. Professor Richard Alan Freedman, director of the Psychopharmacology Clinic at Weill Cornell Medical College, has written that it is imposable to predict whether an individual will act in a violent manner.

One effective way to limit mass shootings may be to repeal gun control laws that, by disarming the law-abiding, turn the innocent into victims. Like most recent shootings, this one took place in a location where the attacker could be confident his intended targets could not defend themselves. It is interesting that even though the attacker used hammers and knives on some of the victims, no one is calling for background checks on those wishing to purchase hammers.

Instead of focusing on passing more laws, our focus should be replacing the entitlement culture with a culture of self-responsibility and respect for the rights of others. Government can help this process by ending its routine violation of our rights and the use of violence as a means to achieve domestic and foreign policy goals. This is not to suggest that government policies are directly responsible for the shootings, but it is not unreasonable to suggest that growing up in a time of preemptive war may feed a deranged person's delusion that violence is a proper way to deal with personal frustrations. Fixing the culture is much more difficult than passing new laws but is the only way to guarantee our liberty and our security.