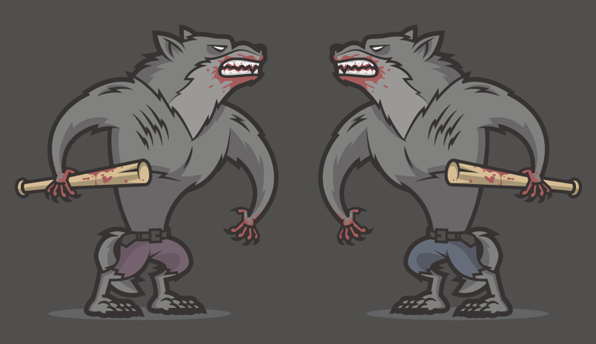 The EU Doesn't Like Its Google Search Results … Google Inc., the search-engine colossus, scans some 60 trillion Web pages to index information for the hundreds of millions of queries it receives each day. Now, according to the European Union's highest court, users there have the right to ask Google to forget much of this data – specifically, any bits about them that they would prefer the world not remember. – Bloomberg

Free-Market Analysis: It occurred to us long ago that the price one paid for modernity was an increasing lack of privacy. But then we began to notice the "take downs" on YouTube, Yahoo, Google and other large Internet facilities.

If so much information could be removed from the 'Net, we wondered, why did the common wisdom (repeatedly offered on the 'Net) maintain that nothing could ever come down, no matter how embarrassing or flawed?

It soon became clear that information WAS being removed from the 'Net on a regular basis. This has become more and more obvious as the 21st century deepens: Certain kinds of information no longer exists on Google, or is so deeply buried that it might as well not exist.

So, we are not surprised by this EU Court decision. It is making clear what already exists: viable approaches toward information removal that are implemented regularly by large technology companies to scrub the Web of information that is considered objectionable by one or more influential parties.

It's a provocative approach to a legitimate problem, and it certainly reflects differing European and American approaches to privacy rights. Still, the best response to this decision may be: Good luck with that, EU.

The ruling involves a Spanish man whose house had been put up for auction in 1998 to satisfy unpaid debts. The man asserted that the issue had been resolved and that Google's search engine should no longer bring up links to newspaper items mentioning the auction whenever someone looked up his name. The European Court of Justice agreed.

Under current data-protection laws, it said, Europeans already had a right to be forgotten, and consumers could demand that search engines remove links to information that is "inadequate, irrelevant or no longer relevant," except in cases of significant public interest.

Notably, the newspaper in question won't have to take anything down: The court argued that in collating information from disparate sources, search engines are assembling what amounts to a personal profile that differs in kind from a news article.

So now more people will assert similar rights. Companies will object. And the EU will move ahead – messily, spasmodically and perhaps insensibly – with its grand experiment in protecting privacy. There's no shortage of legitimate worries about this approach. It threatens free speech.

Airbrushing history, even with the best of intentions, is almost always a very bad idea. It will place an arbitrary and costly imposition on search-engine companies. And such a sweeping new right is sure to have unintended consequences – for starters, by potentially depriving the public of useful information.

Moreover, the administrative complexities – where exactly does the ruling apply? To whom? How will disputes be arbitrated? – are deeply confounding. The costs to companies and governments of making such a policy work are incalculable. The consequences of censoring search results could quickly become perverse. And so on.

There are lots of problems with the above analysis. The main one to resolve has to do with the legitimacy of the marketplace, from our view. A purist libertarian argument might argue that once information is disseminated it no longer belongs to the party that generated it. But this is questionable in a number of ways. First of all, most embarrassing information gets released as a result of various laws and regulations that mandate public disclosure. In a "free" society, people presumably would have a good deal of discretion over what kinds of information could be withheld.

Secondly, these large technological facilities are far larger and more powerful than they would be absent the centralizing power of the modern regulatory state. In a less regulated environment, such agencies would be more susceptible to various kinds of third-party pressure and might even have self-regulated to avoid some of the more egregious 'Net invasions of privacy.

Finally, the idea that the EU decision will "airbrush" history is questionable, to say the least. It is not the private sector that is engaged in this practice nearly so much as the public one.

Here's something from the UK Guardian a few months ago.

Conservative party deletes archive of speeches from internet Decade's worth of records is erased, including PM's speech praising internet for making more information available … A speech in which David Cameron said the internet would help people hold politicians to account was among those deleted.

The Conservatives have removed a decade of speeches from their website and from the main internet library – including one in which David Cameron claimed that being able to search the web would democratise politics by making "more information available to more people". The party has removed the archive from its public website, erasing records of speeches and press releases from 2000 until May 2010.

The effect will be to remove any speeches and articles during the Tories' modernisation period, including its commitment to spend the same as a Labour government. The Labour MP Sheila Gilmore accused the party of a cynical stunt, adding: "It will take more than David Cameron pressing delete to make people forget about his broken promises and failure to stand up for anyone beyond a privileged few."

In a remarkable step the party has also blocked access to the Internet Archive's Wayback Machine, a US-based library that captures webpages for future generations, using a software robot that directs search engines not to access the pages.

But this sort of pressure is probably not so overwhelming as that which Western Intel agencies themselves exercise on various 'Net facilities. Given what is available on, say, Google versus other search engines, there seems no doubt that a kind of creeping censorship is in effect at the larger and more influential Internet elements.

A libertarian position on available 'Net information might be a good deal more nuanced than this EU Court decision. However, it is hard to avoid the suspicion that there is already a great deal of information manipulation taking place at the larger 'Net aggregators, including Google and Facebook, that have a reputation of being virtual third-party agents of Western Intel efforts.

Further, given the manipulation of data, it may be seen that the 'Net currently is being used as a kind of intimidating force that makes the consequence of any untoward public action a shameful one for a digital eternity. In a free-market environment, facilities would emerge to protect people from the kind of aggressive exposure that Google routinely propagates. But there is little of the free market these days when it comes to such information dissemination.

The predictable danger of judiciary decisions like this one is that it will eventually be implemented in a fashion other than what is intended. Various authoritarian gambits that should be publicized might be scrubbed using legal maneuvers while average individuals will still be horribly exposed for minor offenses and peccadilloes that would not have been available in a previous era.

This EU decision is worth pondering. Is it possible that, in this modern world, Leviathan's abuses are sometimes best combated by the very centralization that creates them?