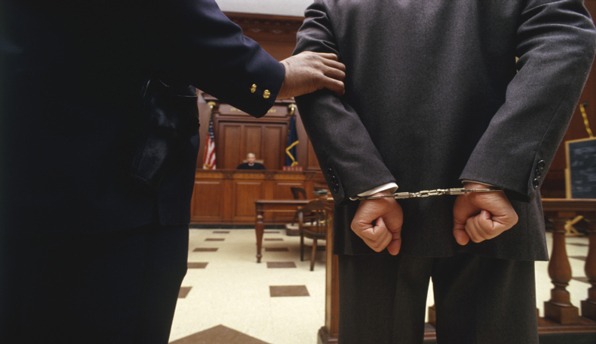 According to the State Department's estimate (January 2013), approximately 6.8 million Americans live abroad. Many more "accidental Americans" live outside the U.S. In the future, both may confront a powerful new weapon wielded by the Internal Revenue Service (IRS).

An "accidental American" is a person who lives in Canada (or another non-U.S. nation) and holds dual citizenship, whether or not he knows it. For example, it includes every Canadian child born to an American parent even if he never sets foot on U.S. Soil. America requires citizens living abroad to file tax forms on the money they earn and to report foreign bank accounts as well as other assets. The foreign income is usually considered taxable by the IRS. But, even if no taxes are owed, the possible penalty for not reporting is $10,000 per undisclosed asset per year.

The IRS's powerful new weapon is actually an old one that hearkens back to 18th century English royal court, and was introduced in America as a tax collection tool by the Revenue Act of 1918. It is called ne exeat republica, which is Latin for "let him not go out of the republic." The writ is issued to prevent a person from leaving a jurisdiction until he satisfies a claim brought against him in court. In practical terms, the IRS is using this law to obtain a court order that prevents people who owe taxes from leaving the U.S. once they have entered. Given how often Canadians cross the border to visit family, to shop, to 'winter-over' or vacation, it has special relevance to them.

[A] writ of ne exeat republica is an extraordinary collection remedy which may result in a taxpayer being temporarily confined in prison (if unable to post suitable bond) for the taxpayer's non-payment of federal taxes, where the Service can show generally: (1) the existence of significant tax liabilities; (2) the taxpayer has a present ability to pay the tax liabilities; but (3) the taxpayer has chosen instead to attempt to place both himself and his assets beyond the collection jurisdiction of the United States.

The writ's purpose is to ensure "the taxpayer's continued submission to the jurisdiction of a court" in order to award effective relief … to collect tax … to reduce tax claims to judgment, and/or to compel repatriation of assets."

Historically, the IRS has used the writ infrequently. One reason has been the difficulty of identifying tax-scoffs who have 'expatiated' their assets and when they re-enter the country. Under FATCA and other agreements, however, foreign financial institutions are or will be 'sharing' far more information with the U.S. about their customers' assets. U.S. Customs and Immigration has opened its extensive database of information to the IRS. That gives the IRS unprecedented access to financial information about Americans abroad and to when they set foot again on native soil. (Identifying the non-compliance of accidental Americans may be more problematic, depending on factors such as how much information their country of residence chooses to share.)

Once a person who is non-compliant has been identified, it is not difficult for the IRS to obtain an order from the court which puts U.S. Marshals on alert. When a pre-screening of travelers or a customs check red-flags the person, he becomes vulnerable to arrest and/or a shakedown upon entering or trying to leave the U.S.

The rapacious IRS may dramatically increase the use of ne exeat republica against the wealthy or affluent. The increase becomes more likely as the public resentment of the rich and of tax-evaders grows; it becomes more likely if the tactic proves lucrative. The IRS could easily change its internal policies or Congress could quietly amend the Revenue Act.

A cautionary tale. Hostages of the IRS.

A recent situation offers a story on point. Charles and Kathleen Barrett are Americans who live in Ecuador. The IRS claims they owe hundreds of thousands of dollars in tax money. On September 1, 2010, the agency sued the couple in Colorado federal court, and obtained a default judgment of $351,197. The Barretts have apparently attempted to pay the original sum, and to vacate the judgment, which includes various penalties, but they did not appear in court to defend themselves.

In their absence, the agency filed for and received a writ of ne exeat republica against them from a U.S. District Judge. The writ meant the Barretts could be detained by the U.S. Marshal Service if they returned to American soil, and their passports could be confiscated. They would be held over for a hearing that required them to produce all records of financial assets and activity. They would be restricted from any transfer or other alienation of their property. And, of course, they would have to settle their 'debt' to the IRS. The Barretts claim to have been unaware of the writ's existence.

In August 2013, the Barretts returned to Colorado to attend their daughter's wedding. U.S. Marshals intercepted them, confiscating their passports and other travel documents. On October 11, 2013, the Barretts appeared at a hearing before a U.S. magistrate judge who found that the Barretts' identified assets were insufficient to pay the 'debt' and that the writ of ne exeat republica did not authorize imprisonment; the IRS attorney argued for imprisonment on contempt of court – refusing to obey a court order – and the judge agreed to imprisonment on that point.

The article described what happened next. "Charles was booked into jail, though no charges were filed. Kathleen who was at a different location … was also booked into jail. It was two days before anyone knew where she was." Five days later, they faced a federal district judge together at another hearing. The district judge disagreed with the magistrate one, especially on two points. He found that the writ of ne exeat republica should not be revoked; and, that the couple had the ability to repatriate assets to pay the IRS.

The district judge pulled rank. He allowed the Barretts to be released from prison upon paying the contempt of court fee but he refused to discharge the writ. The article concludes, "[T]he Barretts are still unable to leave the US. Charles has lost the source of income that allowed him to make payments to the IRS." Meanwhile, the IRS collected substantial sums from the Barretts' foreign assets through levies and similar means.

Who would be most vulnerable to ne exeat republica? According to current IRS policy, "Writ Ne Exeat Republica is another action authorized by IRC §7402(a). Writ Ne Exeat Republica is the appropriate suit action when the taxpayer: is about to leave the U.S., is unlikely to return to the U.S., and has conveyed or concealed property so that the property may be taken out of the U.S."

IRS policy can change quickly. The people most currently vulnerable, however, would probably be those who meet the following criteria:

No one knows how the process of entering or leaving the U.S. will evolve. The prudent should assume it will only get more difficult and unpleasant.