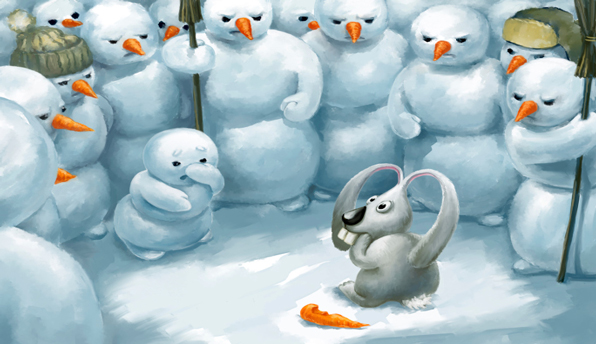 Asset Protection Strategies, EDITORIAL
What About Justice? Anarchy's Answer
By Wendy McElroy - May 01, 2014

The state is not necessary for there to be law in society. In North America, the indispensable laws – the ones that protect person and property – evolved from customary laws or from common law.

Customary laws are the rules of conduct that arise naturally as a society functions. For example, custom may define what is a reasonable amount of time to fulfill a contract in which time is not specified. Common law is law that develops as a result of judgments handed down by courts or other authority. Over time, the judgments set precedents that determine future decisions. For example, common law may define what constitutes legal title to land.

Customary or common law is neither produced nor maintained by politicians or legislatures. It comes from ordinary people who recognize the social value of having rules to resolve disputes and prevent violence. Thus, the free market provides justice in the same manner it produces other 'goods' – through cooperation. And it does so for the same reason: There is a need.

Common law is a bottom-up approach to social order that became widely accepted because it worked. Nothing works perfectly, of course, but the standard by which to judge its effectiveness is not against perfection but against competing systems of law. The main competitor is legislated or statute law. This is a top-down process by which an elite body of people, who are called a state, impose their version of law upon the non-elite, who are called society.

State law has little to do with protecting person and property. Indeed, most laws violate person and property. To the extent state law does protect people, it is in the same manner and for the same reason that the police sometimes protect individuals rather than enforce the will of the state upon them. The incidental protection allows authorities to assume the mantle of "law and order"; it allows them to claim they are all that stands between decent people and bestiality. The opposite is true.

The purpose of legislation is not to protect rights or property but to benefit those who pass the law. Unlike the free market in which everyone profits from an exchange, state 'exchanges' occur by legislation and constitute win-lose situations. That is, one person benefits only by damaging another, by depriving another of freedom or goods; taxation that funds entitlements is one example. Those who benefit are the elites themselves or the people who support them in some manner and are rewarded.

"Do you want to make it impossible for anyone to oppress his fellow-man? Then make sure that no one shall possess power." – Mikhail Bakunin

As with rights and justice, the state is not necessary for there to be order. Or, rather, it is not necessary for the spontaneous order that occurs whenever people gather to pursue their own interests. No one needs a police officer to direct pedestrian traffic on a New York City sidewalk. No one needs to queue up to wander through a flower district with vendors calling out from every stall. Although the order may seem chaotic from a bird's eye view, a peaceful and efficient order is at work. All pedestrians arrive at their destination; all flower-buyers emerge with the purchases they wished.

The state introduces disharmony into this peaceful efficiency by imposing its own version of order. Why? In The Principles of Ethics (1879), the classical liberal Herbert Spencer explained: "The average legislator, equally with the average citizen, has no faith whatever in the beneficent working of social forces, notwithstanding the almost infinite illustrations of this beneficent working. He persists in thinking of a society as a manufacture and not as a growth: blind to the fact that the vast and complex organization by which its life is carried on, has resulted from the spontaneous cooperations of men pursuing their private ends."

The state's view of order is what Spencer called "military." Instead of a busy shopping mall where people seamlessly coordinate with each other, the state views order as lining up people in uniform and making them march to the same beat in the same direction. They no longer pursue their own interests. They pursue the goal of the state.

The state does not introduce law into society; it displaces law provided by the free market and monopolizes the law for its own purposes. The state does not facilitate order in society; the state interrupts the peaceful flow of interaction and imposes relationships that benefit itself.

Background on Law Under Anarchism

Under individualist anarchism, there would be remarkably fewer laws than exist today. There are several reasons.

Crimes would be limited to attacks on people and property. Victimless or self-affecting crimes, such as drug use, would not be viewed as 'crimes' at all. There would be no legal enforcement of morality, such as prohibitions against sex work. There would be no crimes against the state, such as smuggling or disobeying a police officer. No regulations, licenses, or other state requirements for businesses to violate. The scope of law would be incredibly reduced.

Moreover, individuals would be able to protect themselves and their neighbors by owning guns and other weapons. An armed society is a polite society.

As much as possible, disputes would be arbitrated instead of being tried in court. This would be an attractive alternative, as it would reduce the expense. With arbitration and courts provided on a free-market basis, there would be no tax support and the cost of any procedure would be borne by the losing party or split in some manner between both.

The focus of justice would be upon restitution; that is, an attempt to make a victim "whole," or as close to it as possible. This is generally the goal of civil courts when they hear a case involving breach of contract or property damage. Currently, however, criminal courts try a defendant as someone who has committed a crime against the state rather than against the real victim; it is as though the state considers itself to have been raped or burglarized or beaten. If criminal courts aimed at restituting real victims of violence, then the victims would benefit from the process. The prisons would empty because the goal would not be punishment. The state's hold on the reins of social control would be broken.

One Man's Vision of Private Justice

In his book The New Libertarianism: Anarcho-Capitalism (2013), J. Michael Oliver sketched one method by which an individualist-anarchist society could provide justice. Many other methods have been suggested and a free market might well offer a variety of solutions to the social need for justice.

A crime has occurred. The victim immediately calls a defense agency in much the same manner the people in distress call a lawyer today. Perhaps he is already a client of the agency or it may well be the first time he contacts them. Agents respond quickly because their remuneration depends on service and speed. Oliver notes, the victim "does not incur any financial obligation to the responders, since the apprehension fee charged by a defense agency is derived from the criminal rather than the victim of the crime." (This is similar to the percentage fee charged by lawyers.) The defense fee ensures that the rate of apprehension would far exceed the incredibly poor rate produced by tax-funded non-competitive police officers whose salaries do not depend on efficiency.

The defense agency works toward a resolution; in fact, various agencies may cooperate as insurance companies often do. "Agencies which have lower chances of apprehending the aggressor might sell information which they gathered to the agency which is most likely to wrap up the crime." The Liberty Defense Agency is the first to "solve" the crime but it rechecks everything because, if mistaken, the agency is open to a lawsuit for compensation. This makes for careful law enforcement.

"The Liberty Defense Agency decides to send only a two-man team to approach the suspect at his residence" because he has no history of violence and agents can be expensive. "When the suspect answers the door they present him with a bill, which states the nature of the charge and lists the financial claims against him." The suspect has three choices:

If guilty and impressed by the evidence, then he is likely to negotiate with the agents rather than risk the expense of arbitration;

If guilty but he disputes the expense of the bill, then he can negotiate or go to civil court over the amount;

If innocent, then he can accept arbitration.

Oliver goes on to spell out the arbitration process as well as other aspects of free-market justice.

But, again, no one knows with certainty what institutions or procedures would evolve on today's technologically sophisticated marketplace. One of the beauties of freedom is how much it can amaze us.