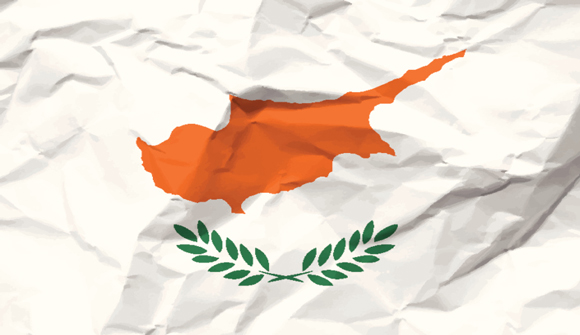 As Banks in Cyprus Falter, Other Tax Havens Step In … Similar unsolicited offers have originated in well-known havens … Bloodied by a harsh bailout deal that drives a stake through the heart of this Mediterranean country's oversize financial industry, Cyprus now faces a further blow to its role as an offshore tax haven: the vultures from competing countries are circling. "We are aware of the economic problems facing Cyprus at the moment," read one such message, sent by a law firm in Malta, a fellow member of the euro zone. "We would like to propose an avenue of action for your consideration: offering corporate relocation to Malta," continued the business pitch, trumpeting Malta's low taxes and "flexible yet robust regime" for financial services. − CNBC

Dominant Social Theme: Cyprus is a reminder to others that tax havens are not welcome in the 21st century.

Free-Market Analysis: This article posted at CNBC basically acknowledges that an important issue surrounding the Cyprus issue is Cyprus' status as a tax haven and that others are now vying to replace Cyprus.

If indeed Brussels attacked Cyprus over its accommodation of those seeking to avoid taxes (among other issues), then it would seem the war on various forms of financial regulatory avoidance is escalating.

Those behind the Cyprus outcome were not worried about throwing tens of millions of citizens of the union itself into a panic over bank trustworthiness – or its lack. And to what benefit? This article tells us that the business Cyprus was doing will continue apace.

Luxembourg and the Cayman Islands, as well as in a spate of other locations, including Dubai and Singapore. Even the northern part of Cyprus, controlled by Turkish Cypriots, has joined the feeding frenzy, promoting its own banks as a stable alternative to those run by Greek Cypriots in the crisis-racked southern part of the divided island.

Particularly successful at luring Russians, Cyprus has built up a large infrastructure of lawyers, accountants and other professionals schooled in the arts of tax avoidance. Its corporate registry now has 320,000 registered companies, a staggering number for a country with only 860,000 people. Most are hollow shells set up for foreign companies and wealthy individuals seeking to avoid taxes.

"We have been thrown to the wolves, and now the wolves have responded," said Nicholas Papadopoulos, who heads the financial and bnudgetary affairs committee in the House of Representatives.

Bitterly critical of last week's bailout deal — which is forcing Cyprus to shrink its banking and financial services industry drastically and stick the largest bank depositors with much of the bill — Mr. Papadopoulos said the European Union was "punishing a whole country just to hit Russians."

Even if new controls in Cyprus make it impossible to move much capital elsewhere for the moment, rival havens are nonetheless intent on luring foreign-owned businesses that have been incorporated in Cyprus and might be more than happy to relocate.

What the European Union must do if it wants to reduce the kinds of practices that Cyprus professionals offered to those who wanted to preserve or hide capital is to reduce the punitive structure of fiscal and monetary regulations. Otherwise, the world, or at least the Western hemisphere, is doomed to a kind of reprise of the "drug war."

The War on Drugs has consumed an incredible amount of time and energy without making an appreciable dent in drug use or even in the development of new drugs. When people want a product and will use it, then the market itself will supply that product even if there are laws against it.

When it comes to financial practices aimed at avoiding high taxes and other regulations – whether in the EU or the US or elsewhere – a similar situation is obviously in evidence. People will evade what it is in their self-interest to evade and punishment generally will not reduce their activities because benefits are immediate and punishment is merely theoretical.

It is hard to see Brussels's activities when it comes to piling on increasingly oppressive taxes and regulations as anything other than self-defeating. It will result in creating fear and uncertainty among honest citizens simply trying to make a living.

But given what we understand about Brussels's larger ambitions and its determination to foment financial chaos until a closer political and financial union is achieved … perhaps that is just the point?