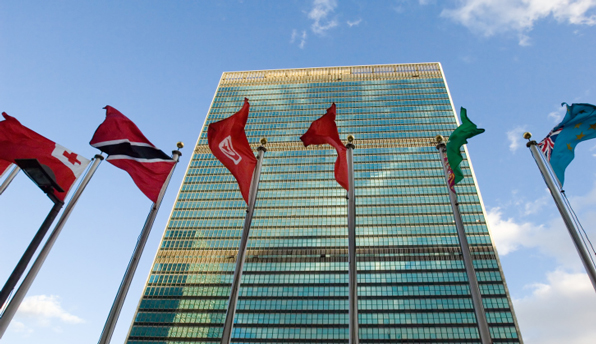 Cannabis / Marijuana, EDITORIAL
As Predicted, UN Calls for Decriminalization of All Drugs
By Anthony Wile - July 19, 2014

The UN has now called for the decriminalization not just of marijuana but of other drugs as well, including so-called injectables. Our analyses are often correct, but in this case, we're a little surprised at how fast confirmation has arrived.

The Economist informs us of the following:

The WHO calls for decriminalisation … Uruguay, Colorado, Washington—more and more places are rebelling against the UN conventions that established the criminalisation of narcotics half a century ago. But the latest organisation to weigh in against the UN's line is rather surprising. It is a branch of the UN itself.

A report just published by the World Health Organisation, an agency of the United Nations, makes a discreet but clear call to decriminalise drugs. And not just cannabis—the report goes as far as recommending the decriminalisation of injecting drugs, which implies the harder sort.

The call comes in a new report on how to prevent, diagnose and treat HIV among "key populations", including drug users.

We've been suggesting the end of drug prohibition worldwide because we noticed a good deal more "noise" in the mainstream media regarding drug decriminalization and legalization. Here are some of our articles:

Drug Legalization Around the World: The Dialectic Evolves

Drug Legalization: A Meme That Continues to Be in Play

Is the War on Drugs Over?

We've actually written many more: It's an important subject affecting literally almost everyone on the planet.

We even published a report on it, in which we concluded:

It is perfectly possible, given the trend toward decriminalization, that other drug related opportunities will manifest themselves …

Entrepreneurs will be able to take advantage of the burgeoning drug scene if they are savvy about the real reasons for its expansion. It has little to do with "justice" or even with "treatment." Its evolution is being driven by the idea that drugs are a global problem demanding a global solution.

Simply to continue to allow it to be a police problem doesn't offer the kind of globalist opportunities that decriminalization provides. Decriminalization will likely involve international facilities at local levels around the world. It will tie more tightly nation-states to global solutions administered by such entities as the United Nations and affiliated NGOs.

Ultimately, a scenario seems to be emerging where drugs will be tolerated, perhaps worldwide. But the tradeoff will be increasingly invasive licensing procedures, perhaps run by an international body, plus other globalist elements of control that will utilize recreational drug use as a method of furthering the internationalist regime.

You see? Drugs will be legalized – at least in part – to allow the UN to create a more formalized regulatory regime around the world. You may not like it, but there is evidently and obviously an extant global elite responsible for much of the world's sociopolitical, economic and military architecture. Accept it, and your worldview will become more realistic and predictive.

Global elites have a good deal more in common with each other than the quasi-fictional "nation-states" that they have erected for command and control purposes. They use a dialectic of competing dialogues and military confrontations to confuse people about their goals and objectives, but if you peer beneath the surface, you can usually discern the real agenda.

Global elites surely control the most powerful money mechanism ever created – the monopoly fiat central bank. With this money, over the past 300 years they've virtually reshaped the world's educational and economic infrastructure.

It's probably not too strong to say that almost nothing of consequence is presented popularly – be it scientific, academic or political – that doesn't advance a global goal of some sort. By observing the content and presentations of mainstream media and its interaction with chosen, elite "spokespeople," one can isolate the policies and promotions that are most likely to be offered (and acted upon) in a given time period.

Such policies and promotions ought to be analyzed from the standpoint of free-market, "Austrian" economics because much of the command and control policies and regulation are so far away from natural law that they will inevitably fail.

By isolating what might succeed, at least in the short term, and then determining if one wishes to support such a trend monetarily, people can help themselves succeed from an investing standpoint.

This was the reasoning behind recent High Alert entrepreneurial activity in the area of cannabis production. I analyzed the cannabis trend, saw that the power elite had seemingly shifted position on the legalization of marijuana and realized there was a growing opportunity there. (We'll have more news on cannabis legalization in the near future and High Alert's role in a widening gambit of entrepreneurial opportunities. The opportunities in this sector are just beginning.)

An editorial such as this would not be complete without noting the pitiless manipulation of laws and regulations for which elites are responsible. Millions, perhaps billions of lives have been negatively affected and even ruined by the merciless imposition of the so-called "war on drugs."

I wouldn't be surprised if the prohibitions against other so-called "victimless crimes" are eventually relaxed or dropped as well. That includes prostitution, as many of the same arguments apply to sex-work that apply to drug use – and even drug dealing. Of course, globalist facilities like the UN will be deeply involved. That's the whole point. Freedom has little to do with it from an elite perspective. Human suffering is simply an unavoidable outcome of the push for increased global control.

Bottom line: There IS a pattern to much of what goes on around the world – and if you scrutinize it carefully and are not afraid of the conclusions that reveal themselves, you can better prepare yourself, your family and even your community for what is yet to come.

We've predicted the imposition and evolution of so many trends in the past few years, from the expansion of the "war on terror" in Africa and the Middle East to the foundering of the global warming meme and, of course, the evolution of the "Wall Street Party" that is intended to push stock market averages to empyrean heights before a final, ruinous crash.

These insights can have an important impact on your relationships, your physical safety and, of course, your wealth. Please keep reading The Daily Bell. In a busy world, I think you'll find it's time well spent.