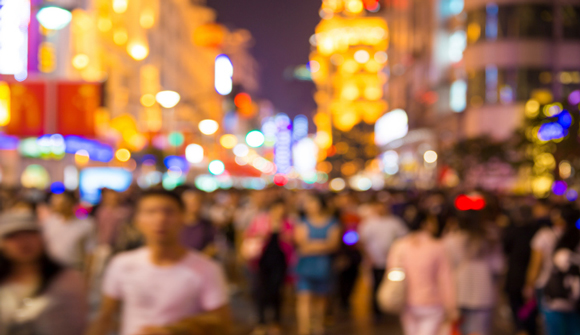 Cannabis / Marijuana, EDITORIAL
Look to Human Action to Understand the Emergence of the Marijuana Meme – Even in China
By Anthony Wile - August 23, 2014

The Economist has just posted a "leader" for its latest issue entitled "What China Wants" that begins, "After a bad couple of centuries, China is itching to regain its place in the world. How should America respond?"

This kind of approach to geopolitics is actually highly questionable. First, there is really no such thing as a country. There are lines on a map, of course, but countries are fungible. The 19th and 20th century saw countries change dramatically and in some cases go out of existence.

Even if countries somehow existed as something other than metaphorical entities, the idea that they have "wants" and "needs" is surely false. The LEADERS of countries have wants and needs, as do those living under their regimes, but this is exactly what we are to be prevented from seeing when analyzing "countries" instead of "cultures."

There is culture and there is money – its influence and power. Culture in a given region often collides with money power – and the military and policing power that is generated by it. But that's how "countries" function. The labeling of a patch of soil – often quite extensive – as a "country" preoccupies us and stands in the way of our ability to identify the underlying forces that are at work within a given region.

The Economist brain trust almost always analyzes geopolitical events from this standpoint, which begins with the anthropomorphizing of a place-name. Here's an excerpt from article:

Within a few years, China's economy will overtake America's in size (on a purchasing-power basis, it is already on the cusp of doing so). Its armed forces, though still dwarfed by those of the United States, are growing fast in strength; in any war in East Asia, they would have the home advantage.

Thus, some people have concluded, rivalry between China and America has become inevitable and will be followed by confrontation—even conflict. Diplomacy's task in the coming decades will be to ensure that such a catastrophe never takes place. The question is how?

Some Western hawks see a China threat wherever they look: China's state-owned businesses stealing a march in Africa; its government covering for autocrats in UN votes; its insatiable appetite for resources plundering the environment. Fortunately, there is scant evidence to support the idea of a global Chinese effort to upend the international order. China's desires have an historical, even emotional, dimension.

But in much of the world China seeks to work within existing norms, not to overturn them. In Africa its business dealings are transactional and more often led by entrepreneurs than by the state. Elsewhere, a once-reactive diplomacy is growing more sophisticated—and helpful.

… Both its rhetoric and its actions suggest that China is unhappy with Pax Americana. For centuries China lay at the centre of things, the sun around which other Asian kingdoms turned. First Western ravages in the middle of the 19th century and then China's defeat by Japan at the end of it put paid to Chinese centrality.

Today an American-led order in the western Pacific perpetuates the humiliation, in the eyes of Chinese leaders. Soon, they believe, their country will be rich and powerful enough to seize back primacy in East Asia. China's sense of historical grievance explains a spate of recent belligerence.

… America cannot walk away without grave consequences for the region and its own standing. Since the end of the second world war, American security has been the basis of Asian prosperity and an increasingly liberal order. It enabled Japan to rise from the ashes without alarming its neighbours.

The Economist writers and editors go on in this way, as they usually do, concluding finally that the US must be "firm" (though really only people can be firm not countries) while continuing to engage the Chinese on a variety of fronts to ensure that a natural rivalry does not turn into a military confrontation.

I very much doubt there's going to be a military confrontation with China (or even Russia) any time soon, at least not the kind of confrontation that could directly generate a nuclear war. However, I have no doubt that "tensions" between major countries will continue to climb.

This is not being driven by countries, however. It is being driven by people. The leaders of China, like the leaders of the US and Russia, DO have a vested interest in generating international tensions – politically, economically and militarily. International tension often helps consolidate rule at home, especially during the kind of economically stressful times that we are now experiencing.

A lot of what The Economist is suggesting and analyzing is, in my view, so much posturing. To a degree, China and its leaders are being positioned as this great, adversarial force, an industrial behemoth that is both authoritarian and alien to the West, despite its growing economic prowess.

But if you accept that most of this is for show and that at the top there is NO "China" or "US" or "Russia" – merely industrialists dominating their cultures working busily in concert to expand their fortunes, then a lot of things become clearer.

If China really were this adversarial force, for instance, the West's apparent determination to legalize marijuana would have little or no impact on Chinese policies and commercial horizons. But this is not true. A quick scan of Internet search engine results yields this, from an early-August article posted at Inquisitr.com:

The battle over marijuana may become East vs. West … [According to biochemist and businessman Dr. Luc Duchesne] "CTM [Chinese traditional medicine] is poised to take advantage of a growing trend. The writing is on the wall: Westernised Chinese traditional medicine is coming to a dispensary near you." According to the World Intellectual Property Organization, Chinese firms have filed 309 of the 606 patents relating to medical marijuana.

Variants of this article appeared in the Guardian and the UK Independent among others earlier this year, and China is already responsible for significant hemp production. The Chinese economy and banking system constitute a Western facility, and "China" will surely continue to respond to Western business trends. What the West does, Chinese bankers and entrepreneurs also want to do.

They intend to offer medical marijuana in the West, but I'd argue that once it is offered over here, pressure will build to offer it in China, too – thus opening up a billion-plus consumer market.

The marijuana meme generally continues to make headway. Just this past week, The Canadian Globe and Mail reported that Peter MacKay, the Minister of Justice, has begun discussions to "decriminalize" marijuana. A Globe editorial is positive about this development, saying it amounts to de facto decriminalization. Supposedly, legislation is to be developed with the next six months and passage might be easily secured.

Using marijuana as an example, we can see once more how misleading it is to characterize countries as people. "China" may seem to be monolithically opposed to legal marijuana but its entrepreneurial class is already anticipating the possibility of participating in a post-prohibition world. And in Canada, certain business interests are obviously pressuring the current regime to be more flexible about marijuana consumption, especially in small amounts.

Analyze political behaviors or entrepreneurial activities from the standpoint of culture and people rather than "lines on a map." When it comes to marijuana or any other industrial trend – large or small – a look behind the "curtain" is both beneficial and enlightening. This sort of approach, one focusing on individual human action, may yield more productive insights than those that are devoid of underlying entrepreneurial analysis.