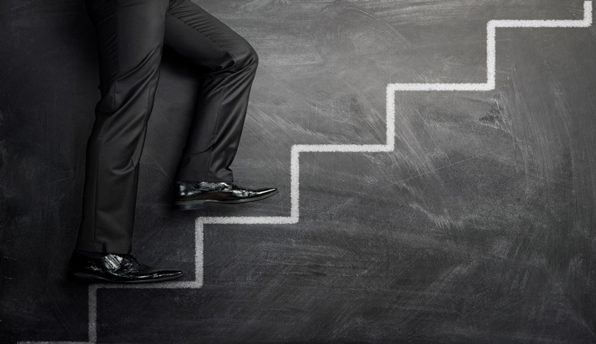 Cannabis / Marijuana, EDITORIAL
Marijuana: How We Will Seize Our Opportunity – and Yours
By Anthony Wile - February 15, 2014

Most recently, as was reported yesterday, the US Justice Department announced that banks and other financial entities could participate in the burgeoning marijuana industry without fear of penalty.

This is a huge step forward, but one I expected because it is obvious a decision has been made at the highest levels that marijuana is to be legalized much like tobacco and alcohol.

I've initiated immediate moves to take advantage of this incredible business opportunity – for our shareholders and our family of readers, many of whom have been with us for nearly five years. I hope you come along with us.

But first, a little background. We wrote recently about the expanding marijuana market. The featured article was, "Marijuana: Smell the Profit" and we pointed out that the marijuana industry when it matures could be "perhaps the hottest – and one of the largest – markets in the world."

We also pointed out that the industry was definitely in flux at the moment, especially in the United States where states are busily legalizing medical marijuana while fedgov remains disapproving.

But we expected that would soon change.

And sure enough, just yesterday it was announced that the US government would allow banks to do marijuana business without penalty.

The blinding speed (relatively) with which the US fedgov moved only reaffirms my initial conclusion that this is one of those elite memes that is seeing a radical and immediate overhaul. Bloomberg reported on the policy change as follows:

Pot Businesses Allowed to Open Accounts With U.S. Banks … The guidelines were sought by marijuana businesses and the governors of Colorado and Washington state, whose voters in 2012 approved ballot measures allowing the use and sale of marijuana for recreational use. The U.S. government took a step toward legitimizing the marijuana industry today, allowing U.S. banks to offer accounts and other services to businesses in states where medical or recreational pot sales are legal.

The Treasury's Financial Crimes Enforcement Network issued guidelines for banks intended to reduce the danger sellers face in operating an all-cash business. The rules would give law enforcement more information about marijuana business activity, the agency said in a news release.

"Financial institutions can provide services to marijuana-related businesses in a manner consistent with their obligations to know their customers and to report possible criminal activity," according to an agency statement. Marijuana remains an illegal substance under federal law. The guidelines were sought by marijuana businesses and the governors of Colorado and Washington state, whose voters in 2012 approved the sale of marijuana for recreational use. Twenty states also permit medical marijuana.

Companies in states that allow and tax marijuana sales have been operating on a cash-only basis, unable to accept credit cards from customers or using business checking accounts to pay expenses or local and state taxes. This made them susceptible to robbery and forced them to pay their taxes in person and in cash.

Banks' Choice Financial institutions will be able to decide on their own whether to take on the business, a senior official in the financial crimes unit, who asked not to be identified without authorization to speak publicly, said in a conference call.

The Justice Department released a memo today indicating it wouldn't pursue enforcement against banks that do business with the marijuana industry if they comply with eight department priorities. These include diverting marijuana from a state where it's illegal to one where it's not, and in cases where a marijuana-related business is being used by a criminal organization to conduct financial transactions for its criminal goals, the agency said in a memo from Deputy Attorney General James Cole.

This is stunning stuff from a government that insisted for half a century that marijuana was part of a list of criminal drugs that people could be incarcerated for years and even decades for using. (And they were.)

We have also pointed out that decriminalizing – and then inevitably legalizing – marijuana may serve a number of purposes for those who create such policies.

In any event, the long debate about marijuana is about to end. What took 50 years to resolve may take only another year or so to rationalize. Watch the shock waves ripple throughout the world. Europe, Africa, South America, Asia, even China and Japan will soon treat marijuana as a controlled substance rather than an illegal one.

Eventually, I am certain, laws mandating marijuana's use merely as a medicinal tool will be dissolved as well. It will be legalized for pleasure as well as for pain. Not yet, however.

One of the reasons to keep marijuana confined to a medical context is to control the entrepreneurial surge into the business. By regulating it intensively, governments will be able to control who becomes a major player and who sits on the sidelines.

Larger groups will have opportunities to participate but even these will likely be bought out and consolidated when the industry moves to maturity. Eventually, it is likely that only a few major players will dominate, certainly firms like Monsanto that are already positioned and have appropriate products in development.

Of course, having said that, I want to emphasize that High Alert Investment Management Ltd. – as alluded to above – has already made moves to enter this exciting industry on the proverbial ground floor.

We expect to be among those companies that are positioned either to participate fully in the industry or accept a buyout during an inevitable consolidation.

Either way, High Alert intends to reap the rewards that moving quickly can generate. While I cannot reveal the details at this moment, we've already created the architecture to participate fully in this marijuana gold rush.

Health Canada has estimated by 2024 legal marijuana may constitute an industry with revenues of $1.3 billion. In fact, I believe the industry will grow a good deal faster than that – and not just in Canada. This is going to be a worldwide opportunity and one that will benefit those who act quickly and have access to sufficient capital. We have both.

As we pointed out in the Trends and Sector Report, marijuana is not an untried or untested product and it comes with built-in name recognition and a vast and enthusiastic user base. Whether it is the US, Uruguay or other countries, the catchment for legal marijuana will continue to grow as will its promise and ingestion.

I intend to make sure through High Alert that those aware of our efforts – those who have supported them in the past – will have plenty of opportunity to participate in the creation of a once-in-a-lifetime industry.

If you want to know more and reserve your opportunity to potentially invest in a uniquely positioned company within this exciting and rapidly developing sector, Please Click Here Now.

We'll be informing you of more exciting developments as they occur. That will be soon.