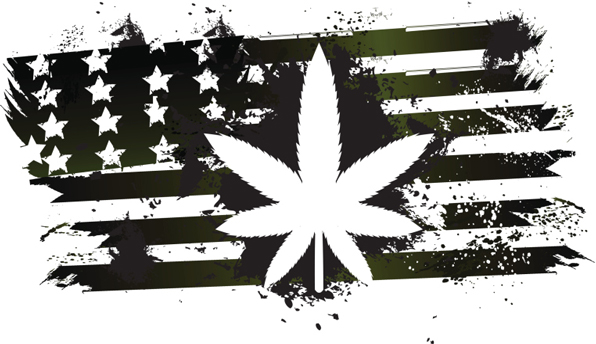 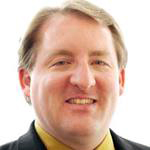 Cannabis / Marijuana, Exclusive Interviews
Rob Kampia on Marijuana Legalization: An Idea Whose Time Has Come
By Anthony Wile - May 11, 2014

Introduction: Rob Kampia co-founded the Marijuana Policy Project in January 1995 and has been its executive director ever since. Rob co-authored most of the medical marijuana laws currently on the books in 16 states and the District of Columbia, with MPP taking a leading role in passing the laws in Hawaii (2000), Montana (2004), Vermont (2004), Rhode Island (2006), Michigan (2008), Maine (2009), Arizona (2010) and Delaware (2011). Rob also oversaw the campaign to decriminalize the possession of marijuana in Massachusetts, where voters passed MPP's ballot initiative in 2008. This is the only state to decriminalize marijuana via a vote of the people. Rob has testified before a U.S. House subcommittee twice (2001 and 2004), and has also testified before legislative committees in California, Maine, Maryland, Massachusetts, Nevada, Ohio, Vermont and Washington state. Rob has been quoted in almost every newspaper in the U.S., and has appeared on national TV dozens of times.

Anthony Wile: You founded the Marijuana Policy Project in 1995. How did that come about?

Rob Kampia: Three colleagues and I left NORML in January 1995, and three of us co-founded MPP one week later in the same month.

Anthony Wile: How have things changed since then?

Anthony Wile: MPP has been a coauthor of most of the medical marijuana laws currently on the books in 16 states and the District of Columbia. That's some accomplishment! Are you satisfied?

Rob Kampia: We've come a long way since we got started in 1995. I'll truly be satisfied once medical marijuana is available to those who need it in every state.

Anthony Wile: As you've testified before various federal subcommittees, what's been your message?

Rob Kampia: Marijuana prohibition has failed, and our nation needs to adopt a new approach. We cannot afford to maintain our current federal policies.

Rob Kampia: I want to get the message across that marijuana prohibition has been just as big of a failure as alcohol prohibition. Once people understand that, and once they realize that marijuana is actually less harmful than alcohol, they tend to agree it is time to make it legal for adults.

Anthony Wile: In 1989-90 you served three months in a county jail in central Pennsylvania for growing marijuana for personal use. What kind of impact did this have on you and your chosen profession?

Rob Kampia: Before I was arrested on 4/20 in 1989, I wasn't politically active. In fact, my reasons for voting for certain candidates in November 1988 were so immature that I'd be embarrassed to explain the reasons now. But after I was released from jail in February 1990, I was politically engaged on the first day. My 90-day jail sentence energized me, changed my life, and I met Chuck Thomas, who was the visionary who changed my life, because he knew more about politics than I at that time.

Anthony Wile: Give us a bit of background on marijuana prohibition. How and why did it occur?

Rob Kampia: Federal marijuana prohibition began in 1937 with the Marijuana Tax Act, which most legislators signed without reading or even knowing what marijuana was. The purpose of this bill was to disenfranchise and criminalize Mexican migrant workers and protect the lumber and chemical industries. The war on marijuana really took off during the Nixon Administration, when the Controlled Substances Act was passed and marijuana was classified under Schedule 1, which is a classification reserved for the most dangerous drugs. Ultimately, marijuana prohibition is based on a perception of harm surrounding the substance. Prohibitionists exaggerated the potential harm of marijuana to make it illegal, and they continue to do it in hopes of keeping it illegal.

Anthony Wile: The MPP vision statement says, in part, you "envision a nation where marijuana is legally regulated similarly to alcohol…" Why not simply campaign to make it a free-market good for adults? What is the need for regulation?

Rob Kampia: The majority of Americans think it is time to end marijuana prohibition. Like any commercial product that is being produced for and sold to the public, it needs to be controlled. That is the benefit of regulation. Under prohibition, we have no control over marijuana. It's not packaged or labeled, it's not tested for contaminants, and it is being sold in an underground market. Regulating marijuana like alcohol will ensure it is produced and sold in a safe and responsible fashion.

Rob Kampia: Prohibition is the worst possible policy when it comes to protecting children. Illegal marijuana dealers do not ask for ID, and they have a financial incentive to sell it to anyone, anywhere. Licensed and regulated marijuana stores have a financial incentive to sell only to adults — they don't want to lose their licenses. For the past several years we've seen teen tobacco use plummet, yet we haven't had to arrest a single adult simply for possessing cigarettes. That's because regulation works.

Anthony Wile: Explain how the differences between decriminalization and legalization play out when it comes to marijuana.

Rob Kampia: Colorado and Washington have made marijuana legal and are in the process of regulating it for adult use. Sixteen other states and the District of Columbia have removed the threat of jail for possession of marijuana. Twenty-one states (including CO and WA) and DC have effective medical marijuana laws. Regulation varies from state to state. See:

Anthony Wile: What is MPP's goal at the federal level? Why the two-fold approach – federal and state – and how do you see that playing out long-term? What is the current state of affairs regarding federal policy enforcement at the state level and the issue of states' rights?

Rob Kampia: Our ultimate goal is to have marijuana removed from the Controlled Substances Act, allowing states to determine their own marijuana policies without federal interference. There are several bills before Congress that would change marijuana laws at the federal level, from what was just described to allowing marijuana businesses to file for tax deductions and use banking or credit card services.

Anthony Wile: You plan to persuade a team of US senators to introduce a states' rights marijuana bill in the Senate and work to move it out of the Senate Judiciary Committee. Is this feasible? Where are you in the process?

Rob Kampia: We already know that a majority of senators on the U.S. Senate Judiciary Committee support the notion of not arresting cancer patients who need to use marijuana for medical purposes. As with anything in politics, we don't know the legislative vehicle for how we'll accomplish this change, but the change will occur.

Anthony Wile: Summarize where we are in terms of upcoming legislation. What are you most focused on … ticketing as opposed to incarceration? Medical versus recreational?

Rob Kampia: We have legislation advancing on all fronts. We are supporting a 2014 initiative to regulate marijuana like alcohol in Alaska, and we are just getting rolling with our 2016 initiative to regulate marijuana like alcohol in Nevada. We also plan to support similar initiatives in Arizona, California, Maine and Massachusetts in 2016. We are lobbying hard for similar "tax-and-regulate" measures in several states where we believe they can pass within the next few years, including New Hampshire, Rhode Island and Vermont. We are also supporting medical marijuana bills in several states, and we expect to see laws pass in Minnesota, New York and West Virginia within the next couple years.

Anthony Wile: MPP is one of the more longstanding pro-marijuana forces. How have things changed of late – and why? Why do you think this is suddenly marijuana's time?

Rob Kampia: We have finally reached the point at which supporting marijuana policy reform has become mainstream. A majority of Americans recognize that prohibition has failed, that marijuana is safer than alcohol, and that it should be treated that way.

Anthony Wile: For some reason marijuana seems to be at the center of legalization efforts not only in the US but around the world. You agree? How is this possible? What changed?

Rob Kampia: The U.S. has long influenced – and at times dictated – marijuana policy in other countries. Now that there is momentum for ending marijuana prohibition in the U.S., other countries are taking notice and discussing the possibility of following suit.

Anthony Wile: What about other drugs?

Rob Kampia: Our focus is on marijuana policy. Fortunately, there are a lot of great organizations out there working on other drug policy issues.

Anthony Wile: There are so many people in jail – or with criminal records – for smoking dried bits of plant matter. As it increasingly becomes decriminalized or legal, what about those who are incarcerated? Should they go free? Should their records be expunged? Should they receive some sort of compensation?

Rob Kampia: Clemency is something that will have to be carefully considered. It certainly does not seem fair to keep people in jail for doing something that is now legal. It is a tricky issue, though, since granting clemency and the commutation of sentences are typically powers reserved for the president and governors.

Rob Kampia: Drug use and abuse are health issues, not criminal justice issues.

Anthony Wile: Is marijuana a good market niche for an entrepreneur to examine?

Rob Kampia: Yes, but it is still a risky one. Despite the successful regulation we are seeing in places like Colorado and the huge advancements being made in quality and industry standards, there is still the possibility of federal prosecution to consider.

Rob Kampia: Our federal and state prohibition laws are the only thing keeping marijuana from being just as legitimate as alcohol. In those states that have implemented regulatory systems for marijuana, many do now view it as a very legitimate business. It's an industry just like any other.

Anthony Wile: How do you see the marijuana industry evolving? Will there be more and more public companies?

Anthony Wile: Once you achieve your goals with MPP – which may be soon, from the look of things – what's next for you?

Rob Kampia: I'll certainly work on another issue that would free people from arrest and prison. I'll announce this new project in approximately five years.

Rob Kampia is not just a visionary. He's helped make things happen when it comes to marijuana legalization – and there seems to be more to come, as in this interview he tells us that he will only be satisfied once medical marijuana is available to those who need it in every state.

There will be further evolutions, as he points out:

"We also plan to support similar initiatives in Arizona, California, Maine, and Massachusetts in 2016. We are lobbying hard for similar 'tax-and-regulate' measures in several states where we believe they can pass within the next few years, including New Hampshire, Rhode Island, and Vermont."

Medical marijuana is the first step. But the demise of cannabis prohibition will involve the availability of it recreationally. It will likely be regulated and the industry's profile will be similar to alcohol.

Those who disapprove of the legalization of marijuana in all of its forms are probably standing against an idea whose time has come.