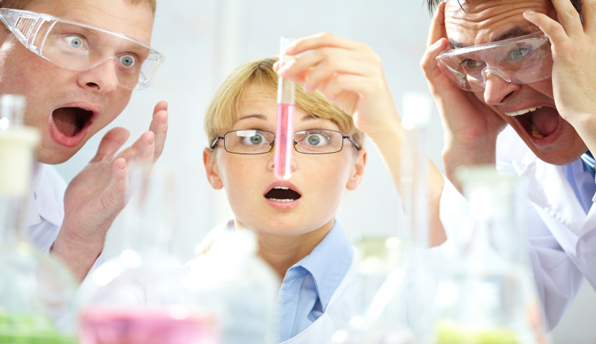 Does occasional pot use cause brain damage? If you read headlines in the last few days you would assume the answer is a resounding yes.

A study by three researchers at Northwestern University and Harvard Medical School, released April 16 in The Journal of Neuroscience, "Cannabis Use is Quantitatively Associated with Nucleus Accumbens and Amygdala Abnormalities in Young Adult Recreational Users," found occasional use of marijuana may be linked to changes in the brain.

Briefly, Magnetic Resonance Imaging was used to compare the brains of 40 college students – 20 who self-reported occasionally (less than once a week) smoking marijuana and 20 who reported no use at all.

The initial news release from the Society for Neuroscience was titled "Brain Changes Are Associated With Casual Marijuana Use In Young Adults" and begins, "The size and shape of two brain regions involved in emotion and motivation may differ in young adults who smoke marijuana at least once a week …

"The findings suggest that recreational marijuana use may lead to previously unidentified brain changes, and highlight the importance of research aimed at understanding the long-term effects of low to moderate marijuana use on the brain."

But the meme-screaming sensationalists in mainstream media reported, yet again, 'Pot Causes Brain Damage!' For instance:

Casual marijuana use may damage your brain

The real question here is: Why the spin?

Paul Armentano, deputy director of NORML, addressed the question in an article at Alternet, "Why the Media's Fearmongering on Marijuana Effects on the Brain is Faulty." He began:

The mainstream media launched into a reefer mad frenzy this week after researchers from Harvard University in Boston and Northwestern University in Chicago published the results of a neuroimaging study assessing the brains of a small cohort of regular marijuana smokers and non-users.

He points out the study assessed the brains of "a small cohort" of marijuana users and pointed out its minimalist nature and other points worth considering.

… Since researchers only performed a single MRI session, they could not say definitively whether these changes were, in fact, caused by cannabis or whether they existed prior to subjects' use of the plant.

Notably, however, these changes did not appear to be associated with any overt adverse effects in subjects' actual cognition or behavior.

Both the cases (20 marijuana users) and controls (20 nonusers) in the study were recruited from local universities, undermining the notion that the alleged 'brain damaged potheads' were any more academically challenged than their non-using peers.

Further, as summarized by HealthDay: "Psychiatric interviews revealed that the pot smokers did not meet criteria for drug dependence. For example, marijuana use did not interfere with their studies, work or other activities, and they had not needed to increase the amount they used to get the same high."

In other words, case subjects and controls appeared to function similarly in their professional and academic endeavors.

This incident is a good example of why so many who prefer the alternative media have grown skeptical of "scientific" reporting generally.

For one thing, modern Western science demands that intelligent individuals "specialize" – which means they need to analyze data based on their own areas of expertise. Unfortunately, such specialization often leads to academics putting too much weight on one or several factors because their discipline leads them to draw conclusions in keeping with their line of specialization.

This is part of what seems to be happening here. High resolution MRI was utilized to analyze brain functionality, and seemed to show some anomalies. The psychologists and medical doctor leading up the study conclude these anomalies suggest casual marijuana use may be "associated with bad consequences."

Yet the evidence for "brain damage" is anything but clear-cut and drawing inferences of this sort based on the results of one study is unwarranted.

Secondly, astute purveyors of today's Internet Reformation know to look at the sources of funding for any given study in assessing its veracity. In this case, funding came from the National Institute on Drug Abuse, the Office of National Drug Control Policy, Counterdrug Technology Assessment Center, and the National Institute of Neurological Disorders and Stroke.

Is it possible at least the first two institutions listed here have a vested interest in the outcome of studies on marijuana use?

Of course, this is not a one-sided slanting of information. Toward the other end of the spectrum, it is possible to find "studies" that "prove" marijuana is a cure-all, a panacea for whatever ails the human race, a substitute for nearly every drug Big Pharma has to offer.

I suggest anyone wanting to do enough due diligence to get to the truth of a matter must consider the influences pressing on those study authors as well as their funding sources, too.

Of course, I personally favor the complete legalization of marijuana. This is just another facet of my libertarian philosophy, by which I believe adults should be allowed to freely engage in the individual human right to make their own decisions as to what substances to put into their own bodies.

My stance has nothing to do with whether marijuana is good for a particular illness, for one's spiritual growth or societal congeniality, for instance. It is because I believe we adults are, in fact, adults, should be treated as such, and should accept responsibility for our own decisions and actions. That's why I encourage due diligence in this matter, as in all others, when making the individual determination as to the benefits or lack thereof in using marijuana.

So back to the question I asked: Why the spin? This little study received a good deal of publicity. Part of that may be due to the fondness of globalist elites for employing what we call the "Hegelian dialectic."

Observation tells us that when it comes to elite memes, it seems the Hegelian dialectic is religiously employed. There are good reasons why.

It is not possible even now to create societal momentum without a dialogue. It is part of what we call directed history. If there is no larger social conversation, then there can be no public conclusion. There can be no "winner" and no "loser." And therefore, there can be no policy implementation.

From my point of view, there can be no doubt that a powerful group of influencers has decided to drive marijuana legalization forward. Starting with legalization in Uruguay, the drumbeat has been relentless.

But others see it, too – millions, in fact. Here's something from a recent High Times report:

Marijuana legalization is inevitable in the United States. At least that appears to be the consensus of a recent public opinion poll, which finds that three-fourths of the American population feels confident that, regardless if they support it or not, marijuana will soon be legalized across the nation.

In addition, the latest Pew Research Center poll indicates increasing support for putting an end to mandatory minimum prison sentences for non-violent drug offenders as well as for stripping away jail time penalties for those busted with small amounts of weed.

Interestingly, it appears as though the American people no longer fear the reefer. The survey finds that not only do more citizens support legalized marijuana than they did four years ago, but now, nearly 70 percent believe marijuana is safer than alcohol. In fact, a surprising 63 percent of respondents said booze is more detrimental to society than weed.

It's a main reason why the negativity of the Harvard/Northwestern study either ends up being a kind of background noise or a deliberate attempt at furthering a dialectic that will inevitably end with further marijuana acceptance.

The decision seems to have been taken. Carpe diem …