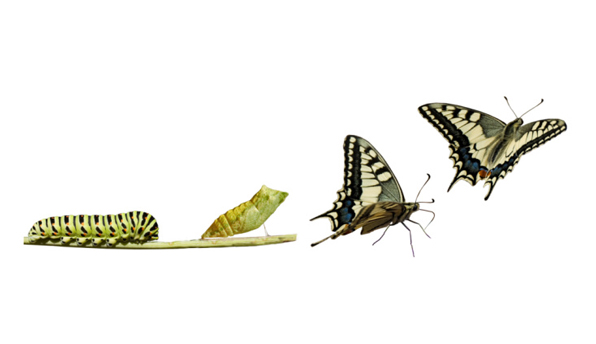 Cannabis / Marijuana, EDITORIAL
The Evolution of the Marijuana Marketplace
By Anthony Wile - July 12, 2014

BusinessInsider tells us that "America's Drug Companies Are Bankrolling the Crusade Against Legal Weed." This article is actually a summary of a larger article in The Nation, and BusinessInsider presents it this way:

Last week, The Nation published an interesting look at who's driving the fight against the legalization of marijuana. Pharmaceutical companies that make billions off painkillers and police unions are two big heavy hitters in the fight against marijuana legalization. They throw their monetary support behind groups that fight legislation that would legalize pot — even medical marijuana — and lobby Congress.

The Nation pointed out that the Community Anti-Drug Coalition of America and Partnership for Drug-Free Kids among other groups were funded by "opioid manufacturers and other pharmaceutical companies."

What would be the reason for such stances? The obvious answer is that marijuana could become a formidable challenge to the bottom line of drug companies manufacturing various branded prescription painkillers.

At the same time as drug companies (and police unions) are struggling against marijuana decriminalization and legalization, technology is marching forward. According to GEreports (a website sponsored by General Electric Corp.), a Japanese farmer has built a "high-tech indoor veggie factory."

Here an excerpt from the article:

… The farm uses 17,500 LED lights spread over 18 cultivation racks reaching 15 levels high. The LED lights are a key part of the farm's magic. They allow Shimamura to control the night-and-day cycle and accelerate growth. "What we need to do is not just setting up more days and nights," he says. "We want to achieve the best combination of photosynthesis during the day and breathing at night by controlling the lighting and the environment."

Shimamura says that the systems allows him to grow lettuce full of vitamins and minerals two-and-a-half times faster than an outdoor farm. He is also able to cut discarded produce from 50 percent to just 10 percent of the harvest, compared to a conventional farm. As a result, the farms productivity per square foot is up 100-fold, he says. By controlling temperature, humidity and irrigation, the farm can also cut its water usage to just 1 percent of the amount needed by outdoor fields.

For the better part of 30 years, due to the war on drugs suppoted by prohibition, marijuana production was driven indoors, away from peering eyes. The advances that were made in technologically-driven growing have been impressive to say the least.

This is, in fact, one of the reasons that drug company resistance to marijuana litigation is likely to fail. We've pointed out numerous times that marijuana legalization – and drug legalization generally – seems to be driven by an elite consensus on scaling down the so-called war on drugs.

While Big Pharma is indeed a lynchpin of mainstream US business, it would seem that those seeking to support this particular prohibition are probably not aware of the political and economic forces lined up against them. A political consensus will drive drug legalization forward; technological innovations will boost productivity and the bottom line. This is a powerful combination.

There is another trend operating here as well, and that's an organic one. The wind-down of the drug war is being driven by an elite consensus that is setting the precedent of international regulations via the United Nations. In other words, it's a disguised globalist gambit.

In addition to technological advances, the legalization process will be driven by the quality of the agricultural product. As the industry matures, the purity and richness of the plant will become of increasing importance. Much as with wine and cigars, people may well seek out what they consider the finest product to enhance enjoyment and effectiveness.

We can see this beginning to take shape at a California outdoor market as News.Com reports in a post entitled "LA's first ever pot farmer's market a hit." Here's an excerpt:

It looks like any other American farmer's market. Buyers sniff the wares, test weights and compare, while vendors tout their product. But the only produce on offer is cannabis — organic, of course.

… The Heritage Farmer's Market — held over the July 4th long weekend — was the first of its kind in Los Angeles.

… .Edwynn Delgado knows the laws by heart: "for medical use, you are allowed up to four ounces at home, but I'd like to bring back home more today," he joked. He has smoked pot since he was 11.

… Besides getting a good deal, Delgado prefers coming where he can count on quality product. "Street dealers are dangerous because they put other stuff on it," he said.

"It's like in a regular farmer's market" said Adam Agathakis, one of the organisers of the weekend fair. "People come here to talk to growers, to check that it's grown without pesticides and that it doesn't have mould."

I think the three articles I've excerpted above tell the story of the evolution of the marijuana marketplace. Importantly, the current lobbies aren't going to stop it. Big Pharma itself is controlled by some of the same forces now undermining drug prohibition.

Last week I had the privilege of interviewing Roberto Escobar, brother and business partner of the late drug kingpin Pablo Escobar, in Colombia and we talked about, in part, this very thing. Watch for that interview to be published at The Daily Bell tomorrow.

Additionally, technological innovations will drive the marketplace forward and higher quality – organic – farming in places where marijuana actually grows will segment the marketplace and position it for further growth.

The story is just beginning.