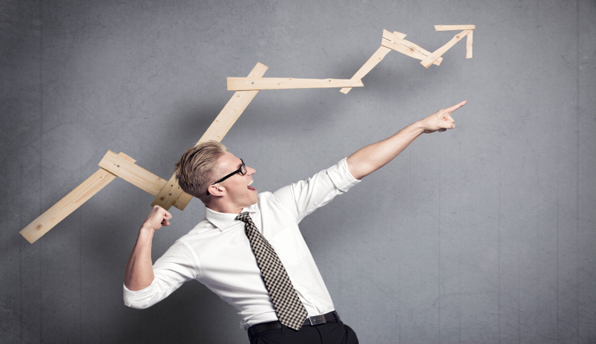 Cannabis / Marijuana, EDITORIAL
Winning Big? The Promise of the Global Marijuana Trend for Those Who Understand
By Anthony Wile - August 16, 2014

Things are "coming up roses" (or "buds") when it comes to marijuana decriminalization and legalization. In this editorial I'll share some recent fertile events in Canada and around the world.

First, the CBC has just reported that a Canadian appeals court ruled the prohibition (which never made any sense anyway) against the production of oil and related extracts from marijuana plants is unconstitutional. The federal government has been given one year to draft legislation allowing the production and usage of many different forms of marijuana.

Ban on medical marijuana cookies ruled unconstitutional … It's unconstitutional to forbid licensed medical marijuana users from possessing pot-laced products, such as cookies or body creams, a B.C. Court of Appeal judge has ruled. Parliament has been given one year to recraft regulations to allow medicinal marijuana users to use products made from cannabis extract. They can include creams, salves, oils, brownies, cakes, cookies and chocolate bars.

Second, Colombia Reports reported that Colombian President Juan Manuel Santos has just expressed his full support for the legalization of medical marijuana in Colombia – a move that is also supported by former president and current senator, Alvaro Uribe.

Basically, this guarantees that Colombia – with a population greater than Canada's, of approximately 48 million people – will be the first significant population base in Latin America to hop on board the global marijuana legalization trend.

Santos in favor of legalizing medical marijuana in Colombia … President Juan Manuel Santos expressed his support for a proposal to legalize marijuana for medical use in Colombia. According to the country's president, "the war on drugs has failed."

Santos made the statement at a forum on drugs in the Colombian capital Bogota … Santos, who admitted to smoking pot in college before his first election in 2010, said his current administration would much rather see a different approach to drug use, for example through allowing the sale of medical marijuana. "We approve of the initiative regarding the therapeutic and medicinal use of marijuana."

Want more good news? Just the other day we published an analysis of a CTV-reported Angus Reid Global poll that shows Canadians are overwhelmingly in favour of legalizing marijuana. Clearly this is going to be a hot election issue this year, as Canada's Liberal Party (led by Justin Trudeau) has made it a cornerstone of the Liberal Party's election platform to legalize marijuana. Our article is here: "The Campaign to Legalize Marijuana Grows and Grows."

These are significant events that show an evolving marijuana trend – one that is steadily expanding the plant's legal horizons and thus products.

In fact, there's so much good news that we wonder if the market will overheat at some point for marijuana stocks. In Canada alone, the medical marijuana market is projected to reach US$1.3 billion annually in ten years, while a legalized recreational market could reach US$10 billion per year NOW!

Over the next 12 to 18 months there will likely be fantastic profits to be made, but longer term I do not foresee many of the current crop of Canadian producers surviving: High-cost indoor production facilities will find it difficult to compete against imported supply from international producers operating in low-cost outdoor environments.

Health Canada, for example, restricts licensed producers to indoor production but allows them to import marijuana from producers in countries that allow its legal export. Bedrocan, a Dutch-based producer with operations in Uruguay, is one company that is ideally positioned with a Canadian license to import low-cost marijuana – especially from its Uruguay facilities.

At High Alert we'll be trading the "general landscape" of marijuana stocks in Canada as poll results stream in over the coming months and the emotionally-charged investing public rushes to buy. As always, hot trends tend to get overheated. Savvy investors will be very cautious as to how they manage their exposure – especially if they were fortunate to obtain early investment positions in Canadian companies leveraged to this powerful trend.

Investors certainly will make money from the marijuana trend, but those who make significant profits will be the ones who understand how industries evolve. Over time, profitable production will come from competitive advantage. Regions and countries that will profit the most will be those where the weather allows for natural growing methodologies.

Marijuana's indoor-growing methodology was spawned mainly from prohibition forcing growers indoors in order to "hide" from law. As prohibition is repealed, production will logically move back outdoors where the advantages of natural growing methods can be realized. After all, we do not grow beans for coffee, grapes for wine or hops for beer indoors under power-draining lights. It won't be a sustainable model longer term in this industry, either – especially during a hyper-sensitive "green age" economy. Here's what leading international cultivation expert Jorge Cervantes said when we asked about this very thing in a recent interview:

Gardening indoors requires the gardener create an artificial outdoor environment. This is a bit of a job and it is expensive. The gardener must purchase grow lights, containers, fans, timers, provide ventilation, etc. Water quality is also very important. Gardening proficiency is very important because everything must be controlled from seed to harvest. Outdoor cannabis cultivation is much easier and less expensive. It would be similar to purchasing seeds or small tomato plants at the plant nursery and growing them out to harvest. Many of the same factors come into play – soil preparation, regular care including watering and fertilization, etc.

We do not grow tomatoes indoors under artificial lights. Indoor cultivation is expensive both in monetary and environmental terms. In fact, one study by Evan Mills estimates that 1% of all electricity consumed in the USA is used to grow cannabis indoors. That's enough electricity to power two million homes!

Cannabis is being grown with labor-intensive and resource-intensive methods now. More fertilizer is being used than necessary. Much of this fertilizer seeps into the runoff and ground water or is being washed down the drain into municipal water recovery systems. The wholesale price of cannabis has dropped from a high of US$6,000 to about $2,500 per pound (454 gms). This trend will continue as prohibition is lifted. Many growers are complaining about the plummeting price. Sooner or later the price will be so low that the only way to make a good living will be to grow outdoors on flat land. I believe the industry will follow a similar model to the wine industry. But, unlike wine grapes, cannabis is more adaptable and can be grown successfully in more climates.

(Jorge Cervantes on the Failing War on Drugs, the Progress of Cannabis and the Benefits of Natural Cultivation)

We couldn't agree more with our friend, Mr. Cervantes!

As marijuana production normalizes, business realities will reduce the distortions of the current paradigm. The migration over the next few years, therefore, will be to areas with the right climatic conditions.

Certain countries leap to the forefront when looking for production sources of high-quality, low-cost marijuana long term, in particular, Central and South American countries that have an extensive history with drugs and drug production. With this longer term in mind, we can apply Adam Smith's insights regarding competitive advantage. From Investopedia:

An advantage that a firm has over its competitors, allowing it to generate greater sales or margins and/or retain more customers than its competition. There can be many types of competitive advantages including the firm's cost structure, product offerings, distribution network and customer support.

Comparative advantage is what determines the success and longevity of any business in any industry – marijuana production and processing are no different. Simply put, companies that attempt to operate in regions that are not climatically suited for naturally grown marijuana will not be able to compete – however, distributors that are importing from abroad will compete in those regions and likely make better investment sense as they clamor for their share of their respective local retail markets.

As legalization advances, Latin America is well positioned to fulfill a blossoming demand. Certain countries offer an ideal climate, low-cost labor and top-notch cultivation from a historical standpoint. Eventually the industry WILL rationalize, and at High Alert Investment Management Ltd. ("High Alert" – the parent publisher of TheDailyBell.com) we're busily preparing and know exactly how we want to position ourselves to take advantage of it.

In fact, just this week at High Alert after completing extensive due diligence we signed a Financial Partnership Agreement with an emerging non-North-America-based marijuana production company that is uniquely positioned to seize significant long-term global market share and offers exceptional investment potential. If you are an accredited investor interested in obtaining ground floor investment opportunities in this powerful and rapidly developing industry, then I suggest you visit the Contact Page of our website now and let us know – we will be happy to make an introduction for you to what I consider the "most strategically positioned marijuana investment opportunity I've seen yet" and you can begin conducting your own due diligence.

Just write, "Tell me more about the new marijuana deal, Anthony" in the message section of the contact form – click here now to take human action.