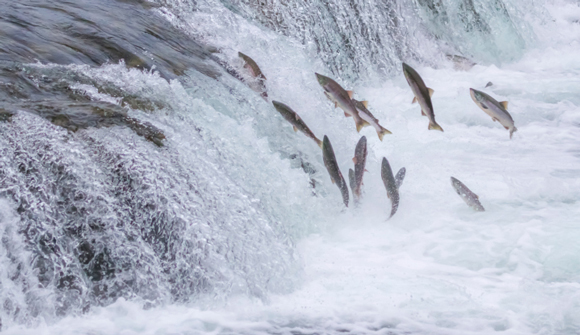 Congress will block marijuana legalization in Washington, DC … Congress's massive appropriations bill will likely block a voter-approved marijuana legalization initiative in Washington, DC. The bill "prohibits both federal and local funds from being used to implement a referendum legalizing recreational marijuana use in the District," according to a summary from the House Appropriations Committee. DC's legalization initiative obtained more than 69 percent of the vote in November. But ballot initiatives, like all DC laws, must get congressional approval to become law, and they can be blocked through congressional budgetary requirements. – Vox

Dominant Social Theme: Cannabis is dangerous and those who live in DC shouldn't be able to use it without getting into trouble.

Free-Market Analysis: This is a case of one step forward, one step backward when it comes to cannabis legalization. But in a sense the two occurrences we'll discuss here shed some light on the larger mechanism of legalization now taking place.

The first occurrence is Congress stepping in and blocking voter-approved marijuana legalization. The second is a survey, presented below, that shows massive US public approval for cannabis legalization.

Taken together the two represent the push-pull regarding this issue and provide us with insights that might not otherwise be so obviously available.

Here's more on the congressional action:

Through the Home Rule Act of 1973, Washington, DC, can elect a sitting local government composed of a council, mayor, and other local agencies. But the Home Rule Act also made it so each law passed by the local government requires congressional approval. And Congress can block DC's laws through budgetary requirements, as they are doing with the legalization initiative.

… Although the bill blocks the implementation of legalization in DC, a marijuana decriminalization law will remain in place since it already took effect in July.

The decriminalization law removes criminal penalties on marijuana possession but keeps a $25 civil fine and prohibits public use. The legalization initiative would have gone one step further, repealing the civil fine and also allowing DC residents to grow and gift their own marijuana.

Under a White House veto threat, House Republicans unsuccessfully attempted to block DC's decriminalization law before it took effect in July. But since the appropriations bill is widely considered a must-pass to avoid a government shutdown, it's very unlikely DC's legalization initiative will be able to rely on the White House for similar support this time around.

We can see that politics plays a big part in this legislation, and that much of the opposition is coming from the House. The opposition has been presented as "conservative" and it could be as simple in this case as a political re-emphasis of certain positions.

No doubt, there is a rump group of Republican voters that for one reason or another are opposed to cannabis legalization, and House Republicans are playing to this bloc. There's not much to be lost within the context of a somewhat obscure policy struggle taking place in DC. It's a cheap way of scoring political points, in other words.

But not so fast. The proverbial tide, as we have often suggested, is beginning to turn –and in a significant way. Recently, "centrist" think tank Third Way released a survey that found a "majority of Americans favor[ed] legalizing marijuana and that a supermajority supports medical marijuana."

More according to a write-up at marijuana.com:

Legalization had 50 percent support to 47 percent against, while medical marijuana support was at 78 percent compared to just 18 percent opposed.

… Specifically, the new poll finds that 67 percent of voters want Congress to pass a bill giving states that legalize a "safe haven" from federal laws so that they can more effectively regulate the newly legal market. One out of five voters (21 percent) who oppose legalization still support making such a federal accommodation.

Among Republicans, while legalization only gets support from about one-third (32 percent), they overwhelmingly favor medical use (68 percent) and 54 percent support a safe haven from federal law for states that have legalized marijuana. As Third Way put it, "At least on this issue, the stereotypes of the out-of-touch, tough-on-drugs-at-all-costs Republican Party may be outdated—rather, most Republicans are either pro-legalization or squarely in the marijuana middle."

These two news events provide us with specific contrasts regarding cannabis political pushback and cannabis legalization. Interestingly, the strongest public endorsement lies with medical marijuana where there seems to be significant support across the proverbial aisle.

But the larger message here is that anti-cannabis forces are scoring political points and are in a sense pandering to their base. The survey, on the other hand, shows us a deep, pervading public wish for decriminalization and then legalization of cannabis, especially as it pertains to medical marijuana.

By analyzing both opposition and support, we can see where this particular trend is headed. The "anti" forces are using the issue for political purposes. The "pro" forces are motivated by a far deeper belief system, one that will surely prevail over time.