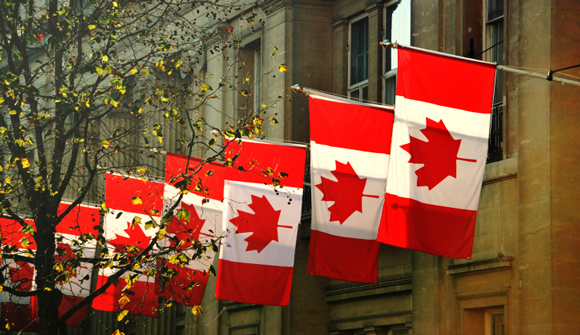 New Democrat Leader Thomas Mulcair said he would move toward the full legalization of marijuana, but he is focusing on decriminalization first because it can happen immediately … "I am going to start by immediately doing something that I know I can and will do overnight, which is to make sure that nobody ever has to face a charge for personal use or possession of marijuana and of course we are on track to full legalization, but it is more complicated than snapping your fingers," said Mulcair. – The Star

Dominant Social Theme: Cannabis was banned for good reasons and prohibition will wrk. It's a gateway drug that leads to violent crime and heroin use.

Free-Market Analysis: Elections, even hotly contested ones, can have major consequences and the upcoming Canadian federal election is no exception. It may end up with a victory for Liberal Party leader Justin Trudeau, and also for cannabis legalization.

Medicinal cannabis is now legal and federally regulated in Canada from coast to coast, but full decriminalization, let alone adult-use legalization, hasn't yet taken place – and legalization seems even farther off.

The Conservative government of Stephen Harper has stood firm against further liberalization. And Canada can expect additional gridlock on the issue if the current administration somehow retains power – even though a majority of Canadians support regulating an adult-use legal marketplace for cannabis.

But many polls in Canada are showing that the electorate is moving away from Harper and the Conservatives – and quickly. Meanwhile, the Liberal Party under Justin Trudeau – son of famous activist Prime Minister Pierre Elliott Trudeau – has experienced a virtual renaissance.

In fact, the momentum continues, as Justin Trudeau seems to be surging in the final days. Recent polling data, according to an article posted at Vice News, indicates he continues to gain in popularity.

VICE News predicts the Liberal Party is on track for a big win on Monday evening. The Forum Research survey puts Justin Trudeau's Liberals at 40 percent — the highest result they've achieved thus far in the 78-day campaign — meaning the third-place party could be in a position to sweep into power with a majority government.

… The polling company's projections — which are estimates of how many seats the parties could win, given their regional support — put the Liberals in majority territory, with 171 seats, the Conservatives well behind, with 109 seats, and the NDP in a distant third place, with just 46 seats.

Perhaps Trudeau will win with more than a minority government and be able to push through easily his own initiatives, but if he cannot, the New Democratic Party has already voiced their support for his cannabis legalization mandate. And the combination of both parties' support on this matter would appear to overshadow any objection that would be forthcoming from the Conservatives. Harper may fight back hard, but will not have much of a chance facing the combined electoral power of the two opposition parties.

Trudeau as prime minister would likely make legalization a priority. He would do so out of conviction, no doubt, but more importantly, he appears to be a bit of an activist leader himself, following in the footsteps of his father.

He has ambitious plans, for instance, to reconstruct and expand Canada's federal infrastructure – and building roads, in particular, is expensive. Trudeau is going to need revenue, lots of it. Legalizing and taxing cannabis might provide the kind of cash bonanza that would allow the young prime minister to garner the resources necessary to help advance his agenda.

If Trudeau wins – minority government or not – cannabis legalization will move forward apace providing a massive boost to the Canadian cannabis industry. And that boost is estimated to be as much as ten times greater in annual revenues than a purely medicinal marketplace and valued to be worth as much as $10 billion per year. Not exactly chump change!

Faced with a political leader determined to move far beyond decriminalization, top NDP officials might find it prudent to adjust their positions. And faced with a united opposition, various Conservatives might abandon their positions as well.

In other words, a political chain reaction could boost legislative acceptance of Trudeau's full-scale legalization program. Today, the Conservatives stand against it and the NDP stands alongside Trudeau on this issue. Tomorrow, the political calculus could change dramatically, the pace at which the Canadian marketplace "whitens" its cannabis industry.

This analysis has not yet been widely featured in the mainstream media, but it is evident to industry insiders. Just yesterday, The Daily Bell carried an interview with longtime cannabis consultant and industry observer John Knapp who expressed similar sentiments. Responding to interviewer Anthony Wile, High Alert's chief investment strategist and chief editor of The Daily Bell, Knapp said the following:

We're not surprised by the cannabis trend and its continued march toward legality. We've been predicting this for years based on our understanding of dominant social themes and the way they operate within the context of major sociopolitical and economic evolutions.

In fact, our perspectives often generate a kind of "early warning" regarding important trends and investments that may otherwise not be noticed until they break into public view.

Editor's Note: After this story was posted came word via mainstream media reports that billionaire entrepreneur Richard Branson has leaked details of an embargoed UN report calling on governments to halt the "war on drugs" and "decriminalise the use and possession of all illegal substances."

Readers of The Daily Bell will recognize this development because we have written about it previously, notably in an Anthony Wile editorial from July 2014 entitled "As Predicted, UN Calls for Decriminalization of All Drugs."

At the time, The Daily Bell had already published articles detailing the intention of the UN to campaign for an end to the drug war, but this article made a more definitive case based on a report from the WHO calling for decriminalization. Now Branson has leaked what sounds like an even more authoritative UN document – this one calling on governments to take action.

How this will affect policies developed after the Canadian elections remains to be seen but probably such a document would strengthen the hand of Justin Trudeau in pushing Canada toward full legalization. Of course, Trudeau has to win the election first, and the strength of his victory will probably determine how far and fast he can travel toward his goal of cannabis legalization.