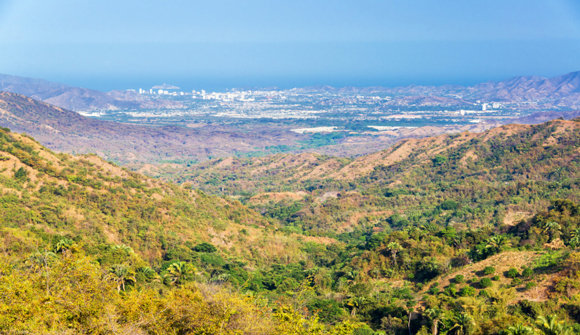 Colombia Takes First Step To Regulate Marijuana Use … The regulation of the use of marijuana for medical purposes was approved in the first debate of a Senate committee in Colombia on Tuesday. With a vote of 13 to two, members of a committee of Colombia's Senate approved legalizing marijuana for medical and therapeutic use in a country in which this drug is the most vastly consumed by the population. The measure still needs to be debated by one more senatorial commission and two lower house committees. – Telesur

Dominant Social Theme: Cannabis will never be legalized. It's truly a killer drug.

Free-Market Analysis: It looks like medical cannabis is coming to Colombia – legally. This is ironic given the drugs wars that have been fought there and the country-wide convulsions that have resulted.

The Colombia evolution certainly parallels that of other countries that have taken steps to begin the process of making cannabis available either recreationally or for medicinal purposes. Uruguay is chief among these countries, though the legalization process has been snagged by arguments over who is going to grow the cannabis and who is going to distribute it and how.

According to various 'Net reports including WallStreetCheatSheet, at least four other Latin American countries may soon take steps to legalize or decriminalize cannabis.

Ecuador, for instance, is already allowing people to possess a small amount of cannabis for personal use. But legalization talk is apparently heating up because Ecuador is a poor country and cannabis trade and taxes could create significant revenue.

Mexico has been suffering from horrific drug cartel violence and an antidote to illegal trade is to legalize it. There are plenty of reports that the US itself is fomenting the Mexican drug violence by sending guns to the cartels and by keeping up the pressure to retain criminalization policies. However, the US is now moving toward legalization and thus such policies may be considered in Mexico as well.

In Colombia, legislative efforts are picking up, though politicians are quick to emphasize that authorizing medical uses for cannabis does not imply broader legalization.

The bill proposed by Juan Manuel Galan of the Liberal Party received favorable votes from members of his own party, the official Social Party of National Unity, Conservative Party, Democratic Pole and Democratic Center.

Galan, the son of presidential candidate Luis Carlos Galan, killed by an organized crime group 25 years ago, said that he expects the bill will be passed into law before June 2015. He stressed that the purpose of the bill is not to legalize marijuana but to "regulate its medical, therapeutic and scientific use."

The sponsor of the legislation spoke of the promising uses of medical marijuana, including the elimination of symptoms of illnesses such as diabetes, epilepsy, multiple sclerosis, arthrosis, some types of cancer and the effects of chemotherapy.

In the committee debate, senators from the Conservative Party opposed the recreational use of marijuana but supported medical uses. The next step is to take the bill to the plenary session of the Senate, where it will come to a vote within the next few days.

According to the article, Colombian President Juan Manuel Santos has been supportive of medical uses of cannabis for quite some time now.

It's not just the therapeutic effects that are important in Colombia, which has suffered from severe drug violence. For Santos and other politicians, the decriminalization of cannabis for medical purposes (at least to begin with) would dent the illicit market and remove certain cannabis profits from Colombian cartels.

From a free-market standpoint, the approaches taken by various Latin American countries including Colombia when it comes to cannabis are not ideal. In fact, comprehensive regulation is certainly not advised for the medical industry any more than for other kinds of goods and services. (See Obamacare in this regard or almost any part of the British healthcare system.)

Competition and the Invisible Hand are likely to be far better moderators of health care and treatments than bureaucrats making decisions that are often based on political calculations.

Yet there are simply too many entrenched interest groups that benefit from controlling cannabis, one way or another. Thus, serious discussion of regulations affecting cannabis are something of a positive sign. It means interest groups are beginning to coalesce around a different business model than outright prohibition.

Once the horse-trading begins in earnest, these interest groups will attempt to position themselves to take advantage of the new paradigm, whatever it is. From this perspective, regulation is the first step to what may eventually be legalization.

In Colombia's case, it may be lucrative indeed.

At High Alert, we intend to take advantage of this new paradigm, as well, and are continuing to conduct extensive due diligence on an opportunity in this area. Please stay tuned for more information. If you're interested in being notified when we're ready to release details, please send an email to InvestorServices@TheDailyBell.com.