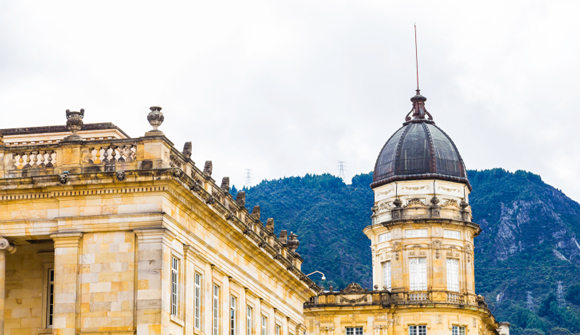 Colombia seeks to legalize medical marijuana products … Colombia's Health Ministry seeks to allow for the manufacture and sale of medical marijuana products in Colombia, local media reported Wednesday. Health Minister Alejandro Gaviria reportedly stated that he is working on a decree to allow for the commercialization of medical cannabis products. – Colombia Reports

Dominant Social Theme: Cannabis will never be legal in Colombia. Too many problems, too much war.

Free-Market Analysis: In an important step, Colombia is progressing toward legalization of medicinal cannabis with a decree that would "regulate the commercialization of products with bases of marijuana, coca and poppy."

Health Minister Alejandro Gaviria stated the decree "is about creating the possibility for a form of agro-business, that sells legal marijuana products, for example ointments, creams and oils that are legal and many of which already have health registry taking into account that the input will be an illegal product."

Gaviria indicated the decree would stipulate strictly controlled conditions supporting medicinal cannabis and similar phytotherapeutic, or plant-based, medicines, and "guarantees that it will not filter out to the illicit business are some of the conditions." He stated the decree is permitted by Colombia's Law 30 of 1986, which regulates criminal repercussions for drug use.

TeleSURtv also covered Gaviria's announcement, reporting he indicated the initiative being expedited by the ministry will allow the substances to be "legally cultivated, produced and commercialized under controlled conditions."

According to TeleSURtv, the decree, when finalized, would not be "aimed at legalizing medical marijuana," according to Gaviria. That larger initiative is currently before the congress. Rather, the decree would "complement" the congressional bill.

President Juan Santos has expressed support for legal medical marijuana and is quoted in International Business Times as saying the bill being considered is "a practical, compassionate measure to reduce the pain [and] anxiety of patients with terminal illnesses, but also a way of beginning to strip from the hands of criminals the role of intermediary between the patient and the substance that allows them to relieve their suffering."

Colombia decriminalized the possession and cultivation of small amounts of marijuana and cocaine for personal use in 2012, though sale of these substances is still illegal. This decree addresses therapeutics made from cannabis, coca and poppy. The Daily Bell has reported previously that the current global push to end the drug war includes not just cannabis but other drugs as well. At UNGASS 2016, next April, the full General Assembly of the UN is intended to address, from a public health perspective, the entire spectrum of drugs around the world.

Gaviria's announcement was the subject of numerous news reports and at least one approving press release from a Colombian cannabis enterprise, stating that the "administration should be recognized on their forward thinking and courage to right a wrong that has plagued this country for too long."

The Colombian announcement follows an extraordinary few weeks for cannabis legalization. In Canada, newly elected Prime Minister Justin Trudeau and his Liberal Party government intend to fulfill a campaign promise to legalize adult-use cannabis. Croatia recently legalized medical cannabis and Mexico's Supreme Court has taken up the issue as well, as we recently reported. In Australia, cannabis equities rose quickly after a recent federal decision to allow cannabis to be grown for medical purposes.

In a recent Daily Bell interview, John Knapp, founder of Colorado-based Good Meds Network, provided insights into the progress of cannabis legalization in the United States: "We are well past the point of no return," he said. "Colorado just had its first $100 million month, California is finally going to regulate their industry … US presidential candidates are taking their positions on full legalization. There's no stopping this train now!"

Colombia is especially well suited for cannabis production given the country's climate and reputation for growing high quality produce and flowers. The nation supplies about 80% of America's cut flowers, for instance. Colombia's balmy climate, rich soil, steady cycle of daylight hours and the general agricultural expertise of its workforce certainly positions it for significant success in cultivating and producing high-quality medicinal grade cannabis products.

As this trend continues, with more countries moving toward decriminalization and legalization, more investment opportunities are bound to open up, globally and regionally. The cannabis industry may present significant promise within the context of sector investing. Daily Bell chief editor Anthony Wile has written about trend and sector analysis in his most recent book, Financial Freedom – The High Alert Way to Discover Winning Investment Ideas. The book can be downloaded for free with a subscription to The Daily Bell's free newswire.

Daily Bell publisher High Alert Investment Management, which is actively involved in the global cannabis industry and Colombia in particular, welcomes this news. We look forward to bringing readers more news in the future about Colombia and the global cannabis industry as it continues to evolve, and we'll keep Daily Bell Newswire subscribers up to date on pertinent global investment opportunities via timely investor email alerts.