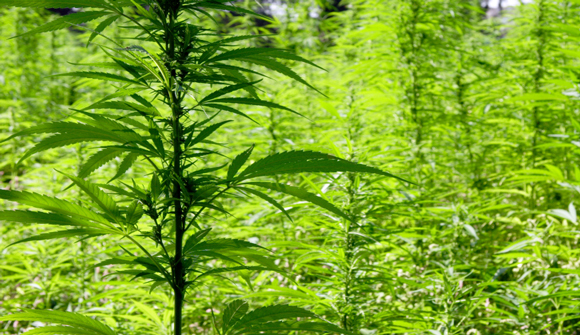 To grow cheap marijuana, Italy calls in the army – Italy legalized marijuana for medical use last year, but the high cost of buying legal pot in a pharmacy meant few people signed up. Now, the government has found a solution: get the army to grow it. Starting next year, a high-security lab in a military compound in Florence will grow cannabis for Italy's health care system in an experiment the government says could bring safe, legal and affordable marijuana to suffering patients. The new army supply should allow the government to lower the price for consumers, who now have to pay up to 10 times as much at a pharmacy for marijuana officially imported from Holland as they might for a bag on the street from a local drug dealer. – Reuters

Free-Market Analysis: Another article celebrating the efficiency of the state when history shows us otherwise. This is a growing trend in the expanding cannabis industry: Uruguay, too, has been slowed by government's determination to grow cannabis itself.

And now Italian officials will call on the army to do it. The implicit idea is that government simply has resources and abilities that are not available in the private sector.

In a sense, Italy is lowering the price via a fixing mechanism. If soldiers can grow cannabis more efficiently than the private sector, that is only because the government is able to pay them less.

And even that is questionable in the long term. There are probably unintended consequences that will occur in using military muscle for cannabis cultivation.

Nonetheless, like Uruguay, Italy will blunder on. Here's more:

Regional health authorities are expected to offer it to qualified patients cheaply or for free, helping to put mafia-linked drug dealers out of business. But whether large numbers sign up will depend on cultural factors in a Catholic country with an historic stigma against drugs.

… Because of the bureaucracy of obtaining import permission, ensuring purity and overseeing sale, legal cannabis from Holland now costs about 38 euros a gram in Italian pharmacies, compared to as low as 5 euros for illegal pot on the street. Even when a doctor prescribes it, the state does not cover the cost, which could run to around 1,000 euros ($1,200) a month for a typical patient.

As a result, when legalized medical marijuana arrived last year, only a few dozen people signed up. Health Minister Beatrice Lorenzin said that should change once the military production begins. The army should be able to produce marijuana at a high enough standard to satisfy regulators for less than half the cost of importing it, allowing the government to offer it to patients at subsidized prices.

At a news conference last month announcing the army project, the minister said it would be up to Italy's regional governments, which manage the federal healthcare system, to decide how much to charge patients. So far, about half of Italy's 20 regions have pledged to provide it for free.

There are no official estimates of how many people may end up taking medical marijuana in Italy once it becomes free, or cheap enough to compete with illegal pot. If everyone who could benefit from it signed up, the number could be in the millions …

Reuters seems to see nothing unusual about the arrangement that Italy is contemplating. The writer didn't even include alternative points of view, though presumably they exist.

We can think of many reasons that this latest Italian scheme won't work. For one thing, Italy is already struggling with deep deficits that have not proven curable. Putting the army to work growing and transporting cannabis will likely add costs to cultivation in the long term – from a government perspective anyway. How long will the electorate tolerate unnecessary fixed costs that the private sector could alleviate? Anyway … ought one trust government officials when it comes to economic predictions?

Then there is the quality of production. The only way to assure continued quality in any product or service is via competition – the Invisible Hand. What Italian officials are proposing is to grow cannabis without any internal competition and then distribute it for free. Market incentives have been entirely disallowed. We can certainly foresee scenarios in which quality would degrade, at which point Italian regulators would probably relax standards rather than lift quality.

The target of Italy's free-medical cannabis initiative is the "black market." The assumption is apparently that the black market in cannabis will whither once the Italian army becomes a main distributor. But this makes little sense, as Italian officials are adamant that cannabis will not be offered by the Italian government for so-called recreational purposes, only for medical reasons.

And yet, cannabis has historically been used for "recreation." We can foresee two things occurring. One is that medical marijuana itself will be diverted from intended purposes and be resold by users into the recreational market, thus creating a secondary black market. Additionally, since there is probably a large recreational market in Italy, current black market providers will not feel pressured, or not as intended.

In fact, why should they be? Probably many people who wanted to take cannabis medicinally simply went without, at least part of the time. Presumably, the medical marijuana marketplace did not constitute the largest portion of the current "criminal" cannabis market. Thus, much of the underground market catered to recreational users, and these users will not receive supplies under the government scheme.

We end up with a situation where the government will likely not be able to squeeze black-market suppliers effectively and where over time the quality of government-provided medical cannabis will likely decline. Eventually what will happen is that the participation of large, cartel-like providers will be called on to do the growing and distribution. This is always the method of the modern regulatory state.

We've already predicted the cartelization of the industry, whenever it reaches a certain critical mass. We didn't foresee all the different hack-handed initiatives by various governments to take over the growing and distribution themselves. Since we can't think of a single competitive market in which government operates effectively we tend to doubt that these schemes will last long.

Big growing and marketing companies will be brought in to accomplish the task, at which point the consolidation of smaller private suppliers – and even black-market suppliers – will begin in earnest. Inevitably, the future of smaller players will be at the margins, though they may be lucrative margins – involving high-end cannabis production and innovative products appealing to niche audiences.

This is an industry with tremendous promise, but one that will grow by fits and starts until government finally decides to get out of the way. Competition for tax revenues will likely provide considerable incentive, however.