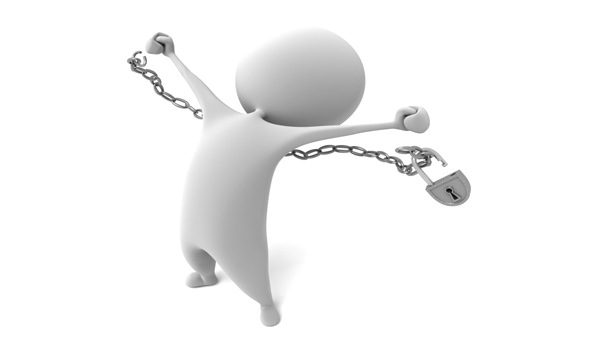 Liberals get help from pro-pot group … Following the lead of successful campaigns in several U.S. states, a new Canadian lobby group has a $7 million budget and a two-year plan to elect Members of Parliament who support the legalization of marijuana in Canada. Voters in Colorado and Washington State passed ballot initiatives that led to those states legalizing and regulating the recreational use of marijuana by adults, in the same way alcohol and tobacco are regulated by the government. – National Post

Free-Market Analysis: We've been predicting that the movement to decriminalize marijuana would eventually end up at legalization but we never expected things would move this fast.

On the other hand, we believe this entire movement to be a kind of dominant social theme. For one reason or another – or a number of reasons, actually – the globalists among us have decided that legal marijuana suits them better than illegal marijuana at this point in time.

Thus, we have been bold about predicting that marijuana will soon break free of its medical bonds and morph from decriminalization into the sunshine of full judicial acceptance.

Of course, acceptance does NOT mean that marijuana will be sold freely – only that one cannot go to jail for smoking it. Licensing and various constraining regulations will ensure that the "freedom" associated with marijuana will be more available to the user than the provider.

This article only confirms this point of view. The organizer of the "pro-pot" group referred to above is Quito Maggi, "a veteran political organizer serving as campaign director for Legalize Canada." (That's the name.)

Given the way these things work, we're sure there are numerous more secretive interests lurking in the shadows behind Maggi.

Legalize Canada got its start two years ago when some friends in the cannabis legalization community asked Maggi how they could organize more professionally in support of legalizaton. Maggi developed a plan, and in the spring of 2013 representatives from the cannabis community as well as other interested parties, such as doctors, lawyers and police officers, gathered to discuss the issues around legalization.

The plan was refined and the decision made to found Legalize Canada to work as an umbrella organization with all the legalization groups, such as The NORML Women's Alliance of Canada and the Canadian Drug Policy Alliance. "Legalize Canada is pan-partisan," said Maggi, a prominent Liberal organizer.

Another Liberal organizer, Jay Telegdi, is onboard as campaign manager. "Although there are individuals part of it that are clearly partisan, we have people from all parties. And a bunch of people that aren't a member of any party."

Legalize Canada has a multi-phase, two year campaign it hopes will lead to the legalization of marijuana. Phase one is education, organizing activist groups and individual supporters in each riding six months before the next election and helping them educate members of their community why it's good, sensible public policy to support legalization and take the marijuana trade out of the hands of organized crime.

… The next phase is mobilizing for the writ period. While Legalize Canada will be pushing hard in all 338 ridings, its polling has identified 95-100 ridings where the difference between support for legalization and the differential in the last election would mean electing a different MP in that riding.

… Legalize Canada plans to file as a third-party group with Elections Canada and comply with all campaign finance regulations. The group has a $7 million budget for its two-year campaign. It has seed funding in place, but will be looking to raise the final 80 per cent in the coming year. Finally, the last stage comes post-election, educating and mobilizing parliaments to craft good, sensible legislation around cannabis legalization.

One can see from the above that this is no small effort. In fact, it seems to reside directly at the heart of the leftward lurching Canadian political establishment. Maggi also hints in the article that his group is closely linked with a number of important liberal groups in the US and that planning for a political push has been going on for several years.

As believers in directed history, we fully expect to see a political dialogue commence shortly that may include heated rhetoric, but surely the outcome is predetermined. Maggi is an insider – not an outsider – and the same can be surely be said for those behind marijuana legalization in the US.

We've already rehearsed the likely arc of this emerging industry. Medical marijuana is the wedge that has putatively created the larger opportunity. But as medical marijuana ceases to be the model, one will see more and more outright legalization rather than decriminalization.

At the same time, licensing, taxing and regulating of the emergent marijuana "business" will continue nonstop – as will its eventual centralization. But that time is not yet. Entrepreneurs have not yet begun to be squeezed – or not seriously. In fact, the business cycle regarding marijuana has barely begun.

But we anticipate what is about to occur and have predicted it in these pages. It is this knowledge – based on long-term globalist scrutiny – that will allow us to benefit from this exploding business. At High Alert, we intend to be at the leading edge of this opportunity. To learn more about how you may be able to benefit from the leading investment opportunity we are developing, please click here.