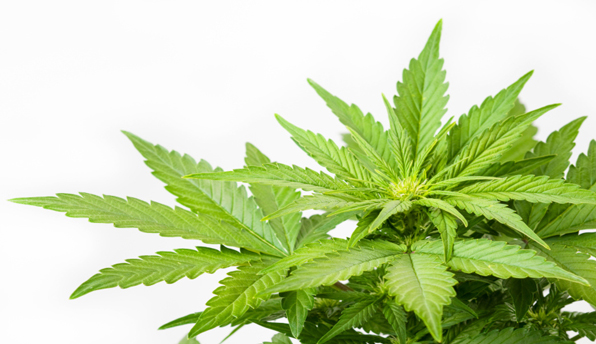 U.S. Pivotal Point Is Seen as More States Consider Legalizing Marijuana … A little over a year after Colorado and Washington legalized marijuana, more than half the states, including some in the conservative South, are considering decriminalizing the drug or legalizing it for medical or recreational use. That has set up a watershed year in the battle over whether marijuana should be as available as alcohol. Demonstrating how marijuana is no longer a strictly partisan issue, the two states considered likeliest this year to follow Colorado and Washington in outright legalization of the drug are Oregon, dominated by liberal Democrats, and Alaska, where libertarian Republicans hold sway. – New York Times

Dominant Social Theme: Wow, a wave of freedom is sweeping the US and even the world. Let the good times roll!

Free-Market Analysis: Two things we believe about the sudden marijuana legalization meme: It is no accident, and it is going to happen in a powerful and efficient manner.

There will be glitches, of course, but this movement is just like so many others that alternative media observers have noted in the past. They appear on the horizon like the dark stain of a tsunami, and then, later on, overwhelm everything with the fury of their passage.

When it comes to these major dominant social themes, the world's nascent global governance suddenly appears a good deal more solid. From Washington state to Uruguay to Canada and Europe – even China – the marijuana legalization meme is rolling forward.

Here's how China is participating, courtesy of an article in the UK Guardian:

Cannabis Market Leads to China … The medical cannabis market leads to China, thanks to patents relating to the drug which are held by companies there. According to World Intellectual Property Organization (WIPO) statistics, at least 309 of the total 606 patents filed worldwide relating to cannabis originate with Chinese firms. With legalization progressing in countries across the globe, including parts of the United States (US) and South America, medical cannabis will be a market that is going to take off exponentially. Chinese firms are already ahead in the race to take advantage and profit from the loosening of legal barriers.

This should surely set back the advocates of a new Cold War between Asia and the US. We've argued that the hostilities being whipped up between nation-states are more hyperbole than reality.

And we've also argued that Western-style globalism has immense clout throughout the world. In fact, the only big country we could find standing athwart the marijuana trend right now is Russia – and we tend to believe that Russia will find its way toward tolerance as well.

Advocates of more lenient marijuana laws say they intend to maintain the momentum from their successes, heartened by national and statewide polls showing greater public acceptance of legalizing marijuana, President Obama's recent musings on the discriminatory effect of marijuana prosecutions and the release of guidelines by his Treasury Department intended to make it easier for banks to do business with legal marijuana businesses.

Their opponents, though, who also see this as a crucial year, are just as keen to slow the legalization drives. They are aided by a wait-and-see attitude among many governors and legislators, who seem wary of pushing ahead too quickly without seeing how the rollout of legal marijuana works in Colorado and Washington.

"We feel that if Oregon or Alaska could be stopped, it would disrupt the whole narrative these groups have that legalization is inevitable," said Kevin A. Sabet, executive director of Smart Approaches to Marijuana, which is spearheading much of the effort to stop these initiatives. "We could stop that momentum."

Despite the drug still being illegal under federal law, the Obama administration has said it will not interfere with the rollout of legal marijuana in the states for several reasons, including whether the state is successful in keeping it out of the hands of minors.

At least 14 states — including Florida, where an initiative has already qualified for the ballot — are considering new medical marijuana laws this year, according to the Marijuana Policy Project, which supports legalization, and 12 states and the District of Columbia are contemplating decriminalization, in which the drug remains illegal, but the penalties are softened or reduced to fines.

Medical marijuana use is already legal in 20 states and the District of Columbia. An even larger number of states, at least 17, have seen bills introduced or initiatives begun to legalize the drug for adult use along the lines of alcohol, the same approach used in Colorado and Washington …

We've quoted at length to give you a flavor of what is taking place according to the Times. In fact, the Times article presents marijuana legalization as approaching a critical apex. We are being led to consider the drama of marketplace in relation to the wisdom of legislators and regulators.

But how much of this real? We tend to see it as a kind of directed history. The proverbial fix is in. Around the world, moves are taking place to ensure that marijuana will be treated in a manner similar to alcohol.

We've already speculated at length as to the reasons why in other articles, and in truth, we don't know. But we assume over time, it will become clear.

What is clear to us is that this is not merely a minor upheaval in a tiny state like Uruguay or even in a large US state like Washington. This is an international movement that as of now has the endorsement of the world's shadowy, unofficial government.

Powerful forces apparently want marijuana to join the mainstream. So long as we are convinced of that, we'll continue to promote our own investment ideas regarding cannabis. The benefits of the herb are plentiful and have been written about through the ages.

Meme watching is helpful from a theoretical standpoint. But we're trying to put it to work in the real world as well.